Tuesdays on the Run: Favourite Medals

Today I'm linking up with Marcia, Patty and Erica for Tuesdays on the Run.  Today's topic is Favourite Medals.  I've raced so much I have a ton of medals.  It's a little crazy really.   And I can confidently say that many of them have a lot of great significance to me.  But for the sake of keeping things short and sweet, I'm going to list my top 5 in chronological order. 1) Boston 2003.  This was my first Boston Marathon and my third marathon.  It was probably one of the worst races of my life.  It was super hot, I was over trained and I went out way too fast at the start.  But I didn't know any better.  I finished but not without a lot of tears and a lot of walking.  If there's one thing I took away from this race it's that I'm mentally a lot stronger than I give myself credit for. 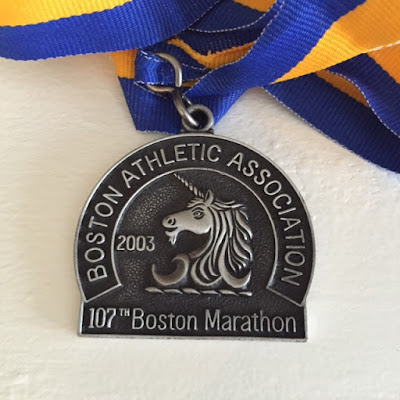 2)  Ironman Lake Placid: 2006.  This was my first Ironman.  It was such an amazing day.  I raced with G and a couple of friends.  Both my family and G's family came to cheer us on as well as a bunch of our friends.  I couldn't have asked for a more memorable day. 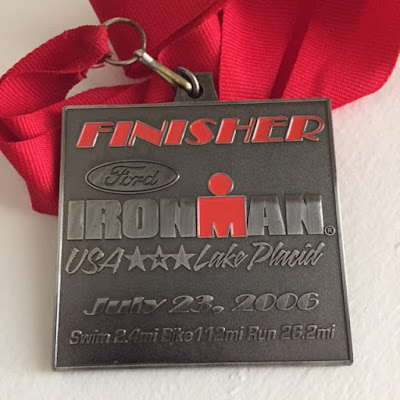 3) Boston 2013.   This race will go down in history as one of the most tragic events in sporting history.  I will never forget it not only for that but because it was an absolutely perfect day for me race wise.  I set my current marathon P.R and had the best race of my life.  It was perfectly executed from start to finish.  I went from celebrating to mourning in the span of a couple of hours.   And what a difference 10 years makes in terms of the bling issued! 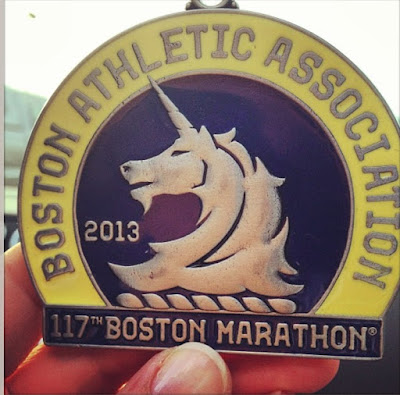 4) Scotiabank Half Marathon 2013:  This was my second big A race of 2013.  My goal was to break 1:30.  My training went so well, I knew I could do it, the question would be by how much.  I went on to run a 1:27:11 which netted me 3rd place Masters female and 21st female overall.  This was a HUGE deal because it was the biggest race I had made the podium on.   Again, it was another race that was almost perfectly executed.  And I think I was smiling the entire time, haha. 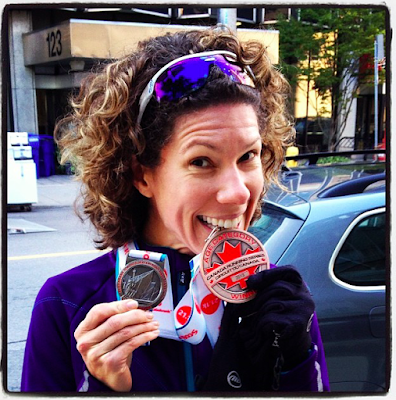 5)  IM Luxembourg 70.3:  This was to be mine and G's 10th wedding anniversary race.  Because that's what we like to do.  5 weeks out from the race, he had a bike crash and separated his shoulder so he couldn't race.  I toyed with the idea of not racing, right up to just before race day.  But, I had trained hard and it was going to be my first half Ironman in almost 10 years so I wanted to see what I was capable of.  I knew G would be out on the course cheering me on.  I went on to have an absolutely amazing race.  I loved every second of it.  Racing in Europe is such an incredible experience.  I squeaked into the top 10 in a really competitive European field, which completely surprised me.  It was the perfect way to start our European vacation.  The only thing better would have been to have G out on the course as well but I know we'll venture over to Europe to race again at some point. 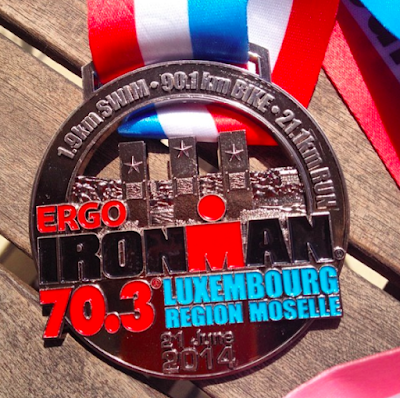 Do you have a favourite race medal?  What is it and why is it your favourite?
Head on over to the link up to check out some more awesome bling!
Posted by Phaedra Kennedy at 7:29 AM