OperationTop5 Week 5: Excuse Me Ma'am Your Age is Showing

What. A. Week.  I had so many good intentions of finishing blog posts that I had started but alas, my mind was all over the place this week and I simply couldn't concentrate.  I'd like to say that I was focused on my training but I can't even say that.  Have you ever had one of those weeks where you feel like you're all over the place?  That was this past week for me.  I was alright at the beginning of the week but as the week went on, I got more and more scattered.  So strange.

I had been gearing up for a massive weekend of training but on Wednesday on my run in the pouring rain, I tried to jump a puddle, got a soaker while I was at it and ended up tweaking my adductor muscle a bit.  I didn't notice while I was running but afterwards it felt a bit tight.  Thursday I got up and did all my workouts (weights, run & bike in the evening) and I was fine.  Friday morning I got up to go to the pool.  It was stroke day so we were doing IM.  As soon as I did breastroke, I felt pain in my inner thigh.  Oh oh.  I swam 25m of breast stroke, switched to free and then stupidly tried it again for another 25m.  Nope.  Not happening.  So I swam free and back.  But I was so distraught and worried that I had really done something, that I left practice early, went home, grabbed my shorts and called my chiro guy to see if I could get in to seem him.  I got an appointment at lunch and he poked around a bit.  He said nothing was torn but there was a bit of fluid and a small bump.  He worked around the muscle a bit to release the tension and then gave me some mild acupuncture.  I was told to not run on Saturday but cycling and weights were ok as long as it didn't hurt and I had to ice after.  I had a 90 minute ride and an hour long session with my trainer so when I told my coach what happened, she said no ride, just do weights and rest up for Sunday.  SWEEEEEEET.

Lesson learned - Despite what your brain thinks, you're not a spry 20 year old, just run through the damn puddles.

I took my tri bike to get fit on Saturday and was fully expecting to be there for 2-3 hours.  I was pleasantly surprised when we were done in an hour and 15 minutes.  I am so much more comfortable on it now than I was.  I'm actually looking forward to getting back on that bike.  I'll be bringing it into rotation this week since I'm going to be racing on it at the end of March.   Having more free time on Saturday afternoon meant that I could actually get some food planning / prep in.

Sunday was my big training day.  Ignition Fitness was having their annual training day at Watts Up and since it was so close to my house I figured I'd go.  I had a swim in the morning and then Lauren had wanted me to re-do my Thursday run, which I did after swimming.  That was pretty much perfect.  Then I hopped on my bike and rode pretty darn hard for 2 hours.  Towards the end of the ride I could feel some soreness in my upper hamstring.  Once I got off the bike, it was really tight and sore.  So I got home and iced it and then stretched.  I saw my RMT last night and had a well deserved massage (I missed the Superbowl Halftime show - booo! but it was worth it).  Nothing too deep or painful for a change, just a good flush out of everything.  I feel so much better today.   I'm slowly learning that I can't push things like I used to.

I'm linking up with Tricia and Holly for this weeks edition of the Weekly Wrap.  I'm a day late but better late than never! 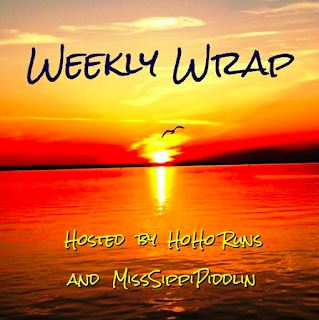 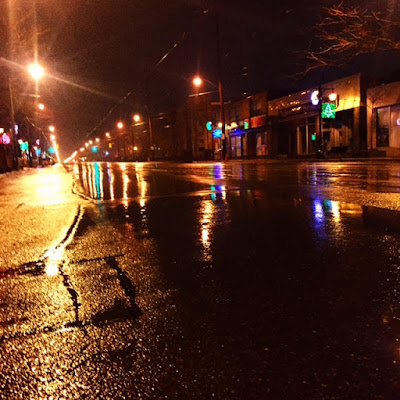 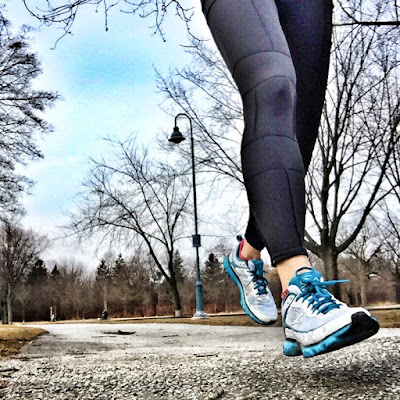 I wish I could have run more this past week, the weather was absolutely amazing.  We broke a temperature record on Wednesday.  It got up to 15 degrees celsius in Toronto.  FIFTEEN!  Those are spring temperatures!  Sadly that is going to change this week.  By the weekend we're supposed to be in a deep freeze.  Guess I better start digging out my longer running socks and heavier tights.   Honestly I can't complain that it's just starting to get cold and it's MID February.  I always find February to be the worst month in terms of weather but this one has been alright so far!

How was your week?  Did you watch the Superbowl last night?  I watched 5 minutes of it and that was about it.

Posted by Phaedra Kennedy at 11:22 AM