Righty-o.  I love these online games of "tag".  SUAR posted her answers here and put the questions out to all of her readers.  Since she has almost a million of them, I would imagine it would be challenging to tag them all.   Join in the fun and do your own post or post your answers in the comments below.  If you do your own post, let me know so I can check it out!

So without further adieu, here are the questions and my answers.

1) Best run ever?  I think I'd have to say The Chilly Half Marathon this year.  I threw caution to the wind and ran like my life depended on it.  Ended up winning my AG and setting a new PB a day after turning 41.  Who says you have to slow down as you get older?


2) Three words that describe your running?  Hard, fast & strong.  Get your mind out of the gutter, I'm talking about RUNNING.
3) Your go-to running outfit?  Summer: My zoot ultra tri shorts and a tank top.  Fall: capris and my zoot ultra pullover when it's cooler.  Once the snow hits, I wear whatever is warmest.  I'm wearing my favourite fall outfit here, isn't it great? 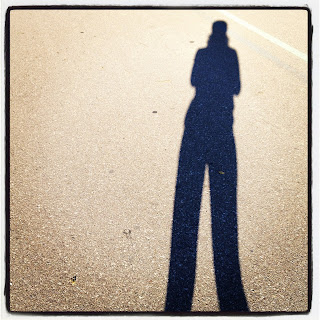 4) Quirky habit while running?  If I'm really in a good groove and I'm loving the music I'm listening to, I will move my hands to the beat.  I might have to post a video of this to illustrate what I mean.

5) Morning, midday, evening?  I used to be an early morning only runner but now that I run with a group, during the week I run at night and on Sundays I run in the morning.  Although by not running early in the morning I tend to miss out on things like this now: 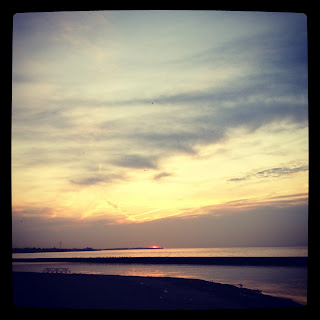 6) I won’t run outside when:  There is an overabundance of snow or if it's really icy.  I flipping HATE running in snow.  Seriously loathe it.  Almost as much as I loathe Honey Boo Boo.

7)  Worst Injury and how you got over it:  Rotated pelvis that caused some nasty sciatica.  I could still run, thankfully but not for very long.  Not what you want to hear when you're in the middle of training for a marathon.  It was 3 weeks of physio and daily exercises before I was good to go.  I consider myself REALLY lucky that's all I've had to deal with so far.  I really really really hope I didn't just jinx myself.

8) I felt most like a badass mother runner when:   my run split was faster than my husbands at last year's Woodstock Sprint Triathlon and again at this year's Toronto Island Triathlon.

10)  Potential running goal for 2013:  Normally I'd have a list because I'm ridiculously goal oriented.  But, it is only September.  Talk to me again in January.  Right now, I have one:  Break 1:30 for a half marathon. Oh and get to the start line of Boston healthy and ready to run!


Posted by Phaedra Kennedy at 5:01 PM

Ha!! I love how you brought honey boo boo into the whole thing. Great post!

Ha ha ha...I HAD to. I've watched part of that show once and I seriously wanted to throttle everyone on it. Gah!
Thank YOU for putting it out there.

Awesome post!! I'm glad I found you ion twitter. Major inspiration for me!! I'll have to do this on my blog :)

Yes! I whole-heartedly support getting a kick out of beating your other half ;-).

I'll answer these tomorrow - thank you!

TWINS RUN in our family said...

Alrighty, here we go:
Best run ever: My marathon last year - executed exactly how I wanted to and got my BQ
Three words that describe my running: focused, strong, quiet
Your go-to running outfit: Aero tank and rogas as long as the weather is nice
Quirky habit while running: I tuck my thumbs into my hands
Morning, midday, evening: I'd love to run in the morning but I love my bed too much so it's midday for hard workouts and evening for everything else... unless it's the weekend, then it's the morning.
I won't run outside when: It has snowed and it has turned to mostly ice. No one shovels their sidewalks around here so it's sketchy
Worst injury and how you got over it: Sprained ankle - lots of PT, mobility exercises and massage. Took months!
I felt most like a badass mother runner when: Well, I'm not a mother so... never? But maybe the first time I wore my Oiselle team kit - I felt like I was more than just 'another runner'.. I was on a team!
Next race is: Maybe the Bellingham Bay 5k... Maybe the Snohomish River Run Half... most definitely the Seattle Half.
Potential running goal for 2013: Maybe an ultra?

I love how you two refer to each other!! Great post too. I love those Team Sparkle skirts, I might have to get me one...

I just bought a pair of rogas this summer. Holy hell are they ever amazing. I am going to need more I'm sure of it!

I also do the dancing meets running hands as well... it seriously makes every song and run so much better.

ha ha ha..I just read your post and commented! Glad I'm not the only one!!