Have you ever gone on a trip that seemed to be longer than it was but also went by too fast?  I know that sounds weird but I can't think of any other way to explain this past "long weekend".   I went to Lake Placid and spent 5 days with 12 other likeminded women that I had never met before.   In fact most of the women there didn't know each other.  Groups like that can go two ways, either everyone gets along or, you have a group of opposites that just don't mesh.  I can safely say that this group got along really well - it was like we'd all known each other for years.  There were different levels of ability but that didn't matter.  We all supported each other and learned from each other.  I am so glad I decided to go to this, even after my girlfriend canceled.  I feel like I've gained a new network of ladies who love to ride.  Not to mention our awesome hosts in Lake Placid, Brian & Karen from High Peaks Cyclery.  I'm so excited to go back there in September to race the 70.3 and see them again, along with my new pal, Liz who is also racing and turned out to be the best roommate ever.  Brian will be racing as will one of the other guides, Karen (we had 3 Karen's in the group!) so it's going to be a big reunion, ha ha.  I had forgotten just how beautiful Lake Placid is.  It's changed a lot since I was there last in 2013 but the rugged beauty remains.

I will probably do a separate post on the camp itself and what to expect when going to a training camp but for now I will just say that it was a super fun experience!

Suffice to say this week was all about the bike.  I knew I wasn't going to get much swimming in and I had hoped that I might get at least one run in while I was in Lake Placid but sadly that didn't happen and it was probably for the best.  It's been a long time since I had done back to back to back days of riding and I think had I thrown a run in the mix, my legs wouldn't have made it to the end of the week.

Since I'm going to save the camp details for another post, I'll get right down to the nitty gritty and fill you in on how my week rolled out.  Literally, ha.

Monday:  2900m swim.  I knew I wasn't going to get any other swims in this week so it was off to the pool on Monday morning.

Tuesday:  FTP Test (30.2km on the trainer).  It had been over a year since I buckled down and did one of these and holy crap, I had forgotten just how much they hurt.  Thankfully I was rewarded with a shiny new FTP.  I'm chalking it up to all the riding I did in Florida.

Wednesday:  This was our first ride in LP and it was an easy spin to have Brian, our guide assess our skill levels.  I had forgotten to turn my watch to outdoor mode until about halfway through the ride so I missed a fair bit of the distance.   I think we covered about 30km or so but I only captured 18km of it.  Grr.

Thursday:  86.3km This was the climb up Whiteface and around some of the back end of Wilmington and Lake Placid.  The last time I climbed Whiteface was probably in 2005 and I remember suffering through it.  This time it hurt but definitely not as much.  I was very happy with how I climbed it.  I used to surge and fall back, surge and fall back, now I am a much steadier climber.  I get into a groove and I just chug along.  It also helps to have the right cassette on your bike! 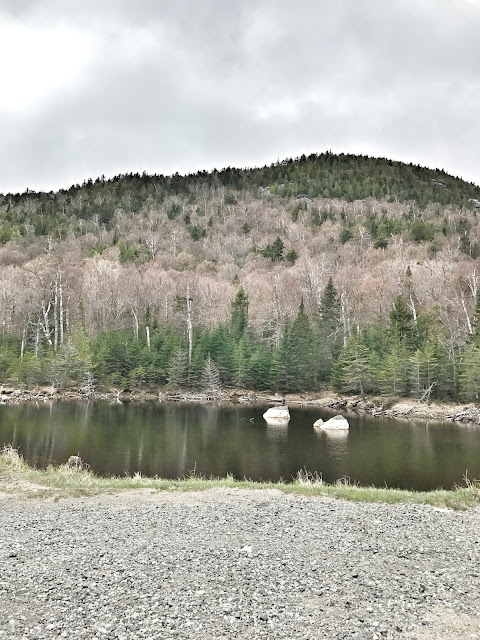 Friday:  100km on the nose.  This was a ride around Saranac Lake which is somewhere I've never ridden before.  It was an "easier" ride in terms of elevation so we managed a nice steady pace.  We practiced pace line work both two up and single file, which was so much fun.   We pulled into the parking lot with about 700m left to cover so myself and two other ladies rode in circles around the parking lot until we hit 100km.  Yes, we have a problem.   This was followed up by an hour long yoga class led by one of the girls came to the camp. 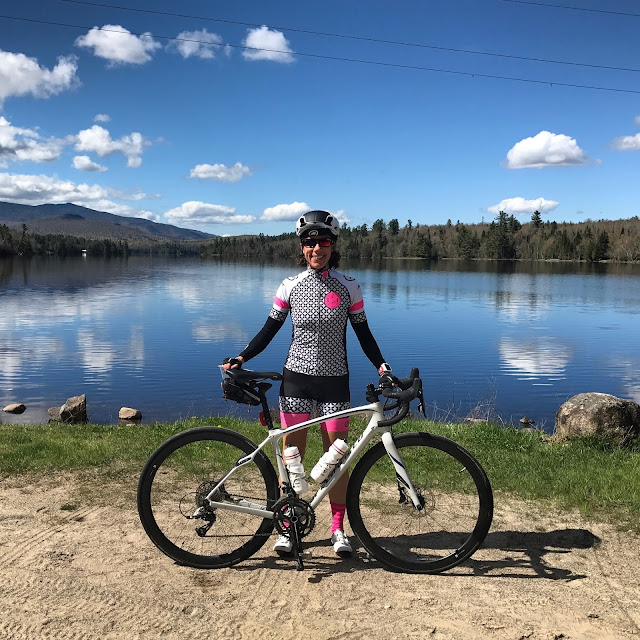 Saturday:  101km +  This was supposed to be a shorter harder ride but I think our guides got us a bit lost.  This ride featured my nemesis, the descent into Keene.  It's an 11km descent that has some wide sweeping turns and I have white knuckled it every single time I've gone down it.  We were also going to climb it on the way back into Lake Placid.  My legs weren't feeling terribly fresh at the start so I was happy to just spin them out as we climbed out of Lake Placid.  We climbed a lot that day and I was concerned about climbing back up Keene.  But as usual, my body was capable of so much more than my mind led me to believe.  I crushed the descent with NO tears or fear or panic and I ate the climb back for lunch.  Steady effort all the way up and I felt strong the entire time.  If I had actually remembered to start my Garmin when I started the climb, I would have known how long the climb took me.  But alas, I didn't.  UGH. I think I missed about 2-3km of it.  So annoying.  So really I probably rode closer to 105km on the Saturday.  I was smart about the climb back.  So much so that I had enough energy to hammer it back into Lake Placid and spin around the lake to make it to 100km.  This was the best ride of the camp for me.  I burned every single match I had left on the way back in to Lake Placid and had a blast doing it.   This was the elevation for the day.  Yup.  All the climbs. 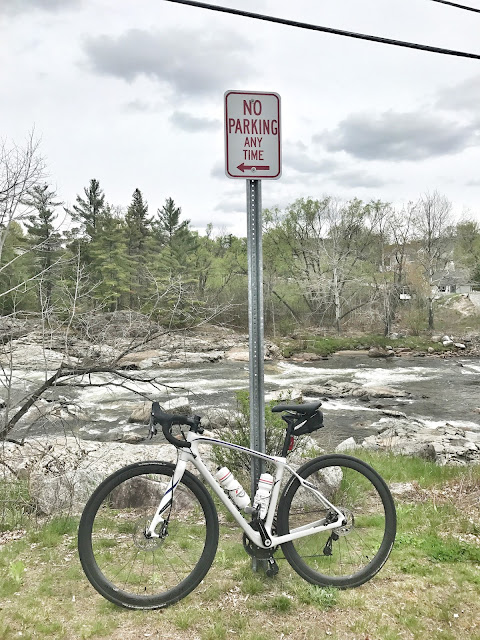 Sunday:  12km easy spin.  I had hoped to do a bit more than this and had I looked at my mileage for the week, I would have found I way to ride the extra two km to take me to 350km for the week, ha ha.  This was a very easy spin around the Lake and into the back areas of Lake Placid.  My legs didn't feel great but they were happy to be moving.  If I hadn't done this, I'm pretty sure they would have been super stiff after the drive home.

So, this week will be a bit easier.  I really want to get back on my bike tomorrow but I think I should probably give myself another day and go for a bit of a longer run instead.  Last week's TSS was pretty high so I need to dial things back a bit.

Have you ever gone to a training camp?  If so, where?

What are your goals for the week? Whatever they are, tackle them at 150%! 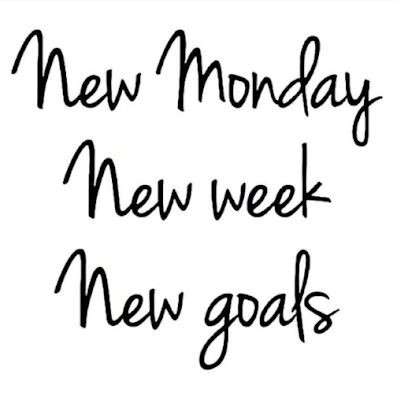 Posted by Phaedra Kennedy at 3:45 PM