Monday Musings: Buckling Down + Some News!

I hope everyone is enjoying the last day of the long weekend!  This is always though of as the unofficial start of summer.  I don't think Mother Nature has gotten the memo.   We had two gloriously hot days this past week and now we're back to overcast conditions and temps in the low teens.  If this is what we have to look forward to this summer, I'm going back to Florida.

I had a busy week this week between my part time work, social outings (girls night out and a concert), coaching and meetings.  The big thing that took up a fair bit of my time was going over my personal training practical.  I still haven't booked my exam.  I've been procrastinating like crazy because I'm nervous and I am feeling really overwhelmed about it all.  I spent a couple of days this week going over what was required with Ghina, my study buddy from the class.  She passed her practical with flying colours so she's been taking me through what is expected for the practical.   She was going to be my test subject for my actual exam but she's moving to Waterloo at the end of the month and I don't feel like I will be even remotely close to ready by that time.  My goal this week is to suck it up and book a date.

Speaking of goals, I finally got my butt out and did some speed work AND went to the gym!  Since I got back from Florida I kept telling myself that I'd be more consistent with running and strength training.   I finally got back into the gym this week and I've been diligent about doing core work at home.  My running is the worst it's been in a few years.  By worst I mean slowest.  But that's what happens when you always run the same pace.  You lose the extra gears.  I did a broken tempo run on Tuesday to see where things are at and holy crap was that hard.  I definitely have my work cut out for me over the next few weeks.  I've spent so much time focusing on my cycling that my swimming and running have fallen off.   So it's time to get down to business with my running and my swimming.  I looked at my Strava distance goal for swimming this year and it was 300,000km.  I'm at 82,500.  Normally I'd be well over 100,000 by now.   It's no wonder I feel like I'm always on the struggle bus in the pool, ha ha.

In contrast my cycling goal was 6500km and I'm already at 3100km.   Strava tells me I'm 601 km ahead of pace and I suspect that will continue to climb as now I'm going to be riding 4x a week.  I know what you're thinking....didn't she just say she needs to be working on her running and swimming, why is she adding another ride to her schedule?  Because I'm going to get to hang out with triathletes, that's why.  The Toronto Triathlon club has been looking to offer some more west end workouts so I will be leading rides on Tuesday nights in High Park.  So West End readers, come out for a mix of hills and skills!

Alrighty, so let's see what this sort of back on track week looked like.

Monday:  OFF.   I needed a recovery day after the previous week of heavy training.

Wednesday:  2150m swim.  I totally died.  It had been 10 days since I had been in the pool and this was an hard endurance set.  Ugh.   I then went straight to the gym and did my physio routine and upper body and core.  50 minutes worth of sweating it out.

Thursday:  43.2km ride around Ellis with Morning Glory.  I set my fastest lap around Ellis this morning (34.6kph average!)  I felt pretty strong for this entire workout until the very last lap.   I had a run planned for after this but it was super hot and windy out and that ride was also very hard so I opted to push the run to Friday and allow for some solid recovery time (this old bod ain't 25 anymore!)

Friday:  9km of hills instead of swimming.  Skipped my swim as I was out late with the girls.  It was the first time we've all hung out since they came to Florida so I wasn't about to cut things short so I could get up to go swimming the next day.  Sometimes training takes a back seat.  It at least got a run in.  And I listened to Rusty Cage on repeat as a tribute to Chris Cornell as I ran up and down Lawrence. 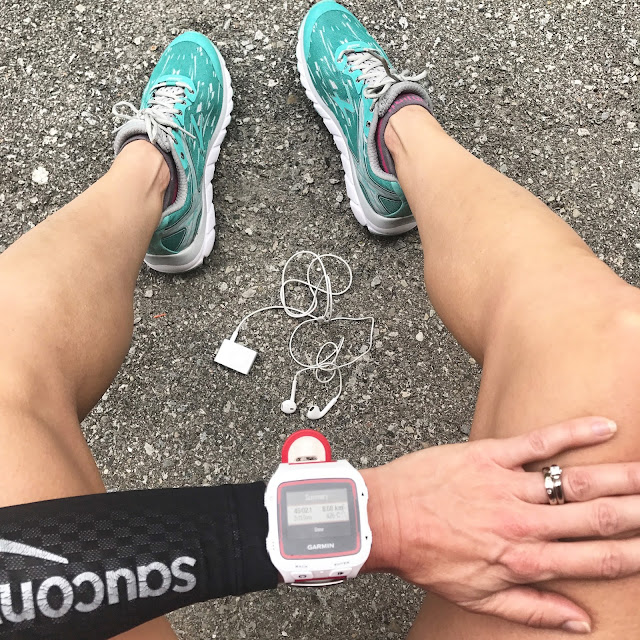 Saturday:  85km out in the howling wind through the hills of Caledon on Tom Sawyer.  This was a bloody hard ride.  It was my first long ride on my tri bike since Florida and it was a LOT of climbing.

I used to love riding Tom Sawyer but I'm not much of a fan anymore.  He's a pig to ride - he's heavy and sluggish.  That being said, even though this ride was hard, I still rode really well, especially given the wind and I'm chalking that up to Tom Sawyer's ability to go fast in a straight line (there were some particularly awesome stretches of new pavement).   I know it was a hard ride because my legs were killing me by the end.  It's time for a massage this week for sure.  I've beat the crap out of my legs over the last two weeks so they need some TLC as we've got another big weekend of training next weekend. 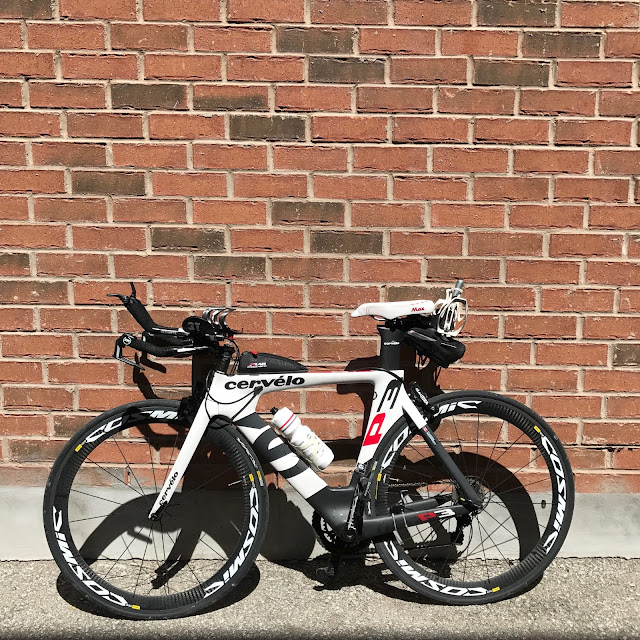 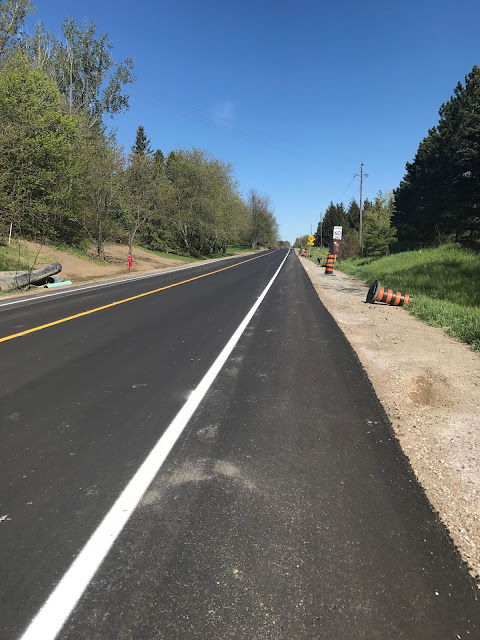 Sunday:  3200m swim with so much pull my arms felt like noodles.  I don't think it helped that we were out late on Saturday either.  We went to see Midnight Oil, which was an absolutely PHENOMENAL show.  My swim was followed by a 16 km sufferfest.  My legs just didn't want to go.  I've switched shoes and I think that's part of the problem.  I'm back in my Zoot Solanas as I'm supposed to race in them and they are taking a bit of getting used to.  On the plus side, I didn't have one single blister and I was at the low end of zone two for the entire run.  WOOHOO.

I hope everyone is enjoying the long weekend! 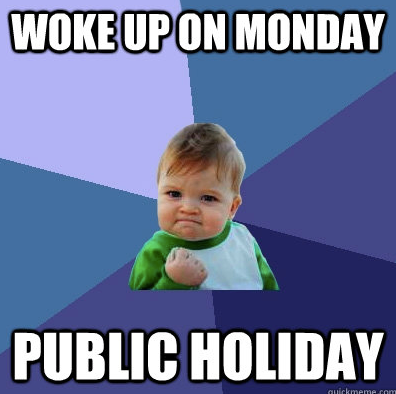 Posted by Phaedra Kennedy at 11:03 AM