I hope everyone had an awesome weekend.  It was a big race weekend here in the GTA with the Goodlife Marathon and the Mississauga Marathon taking place yesterday.  The weather didn't look awesome but it turned out to be some pretty darn good racing conditions.  Cold, but good.  I had athletes racing in both races.  Everyone had good races, with one of my athletes completing her first marathon!  (YAY STACY!)

The sun has finally come out in Toronto but the temperatures are still lagging behind normal.  I am hoping things start to warm up soon!  It's hard to believe that I'll be racing a half ironman in 8 weeks. Apparently there's still SNOW in Tremblant.  That's not good because that means that the lake is probably still very cold.  It's a big lake that will take a while to heat up so it will be interesting to see what happens come June.  But I'm not going to worry myself about things I can't control.  I'm just going to make sure I've got my neoprene cap, ha ha.

Speaking of cold weather, I'm off on a bit of an adventure on Wednesday this week.  No, I'm not going skiing, ha ha.   It's the Morning Glory ladies trip to Lake Placid.  The weather forecast there is looking pretty darn crappy.   I've packed every single last bit of thermal clothing I have for the 5 days of riding.  I was really looking forward to this trip but my girlfriend that was going had to cancel so now I'm going solo, which is a bit of a bummer.  I'm not going to know anyone which would normally make me uncomfortable but this year is all about putting myself out there so I'm looking at this as an opportunity to meet a bunch of like minded women and potentially come away with a few more riding partners.  Here's hoping this forecast changes!  It is in the mountains so if there's one thing DO know from my many trips there, it's that the weather changes from hour to hour so, who knows!  My goal for the week is to log about 400km so we'll see if I can make that happen! 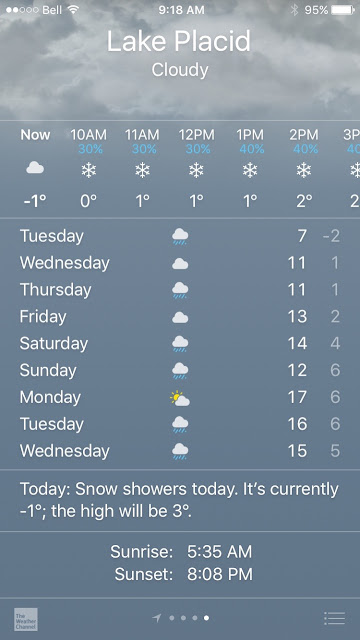 Knowing that I was going to be putting in some serious time in the saddle this week, I opted to dial things back a bit this week.   I had plans for some solid work but this week ended up being a bit of a gong show with a failed FTP attempt (power meter wasn't working), missing my Wednesday swim and dealing with a massive sinus headache / migraine on Thursday.   The crappy weather didn't help either.  So, the FPT test is going to happen tomorrow and I"m going to try to get at least two runs in while I'm in Lake Placid.   I'll miss about a week of swimming so I'm sure I'm going to pay for that when I get back.   Oh well.  At least this is the last trip I'll be taking before Tremblant so I will have time to get back into the pool on a regular basis.  I also found a brand new pool near our place that is FREE.  Yup.  FREE.  So, I know that is there as an option if I want to get some extra swims in.

With that being said, let's see how this past week rolled out...

Monday:  2500m swim.  My swim bag wasn't in the car so I ended up having to borrow goggles, a swim cap and fins from some of my teammates.  Not wearing my own fins ended up causing blisters on my feet and they were totally chewed up by the end of the swim.  OUCH.

Tuesday:  28.7km ride on the computrainer.  After spending about 3 hours trying to find my ANT stick to update the software on my pedals, I gave up on doing my FTP test and just decided to ride.  I chose a hilly course and made sure I worked the climbs.   By the time I got myself sorted, it was late afternoon and the rain had also started so there wasn't going to be a run either.  #trainingdayfail  I at least managed to get 25 minutes of upper body and core work in.

Wednesday:  Missed my swim so I could take G to the doctor.   The sun finally came out and the temps were actually quite nice so I went for a very easy run in the afternoon + 20 minutes of core & physio work after. 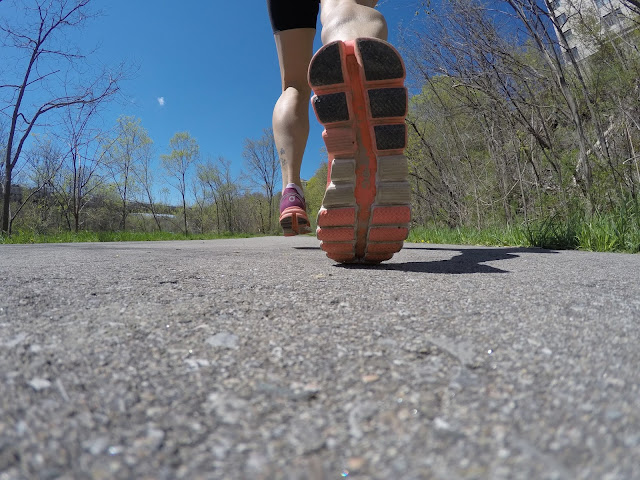 Thursday:  25.8km bike + 8.5km run.  I dragged my butt out to ride with Morning Glory.  I was totally overdressed and I felt like crap.  I managed 3 loops of Ellis before I called it a day.  I rode around the top of the park until I hit 25km and then went back to the car, grabbed my run stuff and went to meet my friend David for a run.  We ran trails and hills in High Park and stopped to visit the capybaras in the Zoo (because that's what you do!).  It was a tough workout and I felt horrible by the afternoon. 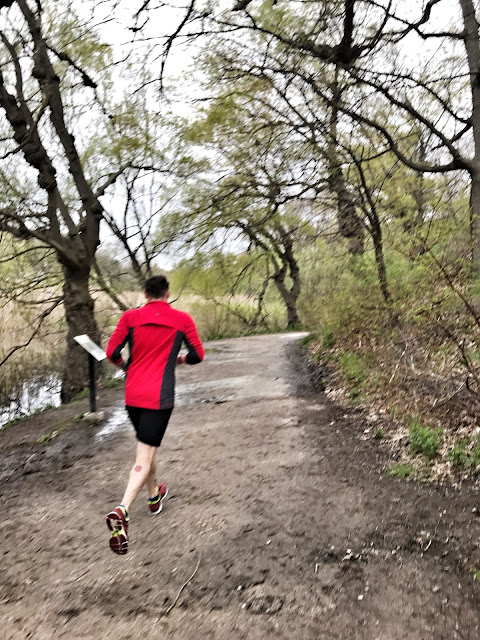 Posted by Phaedra Kennedy at 10:59 AM