Happy Monday!  It's a holiday here in Ontario so I've got another day to catch up and decompress from my whirlwind weekend.  I'm also going to take advantage of the extra day off to get to a hot yoga class and do some food prep to get me through this week.  It also means I'm missing a swim because all the pools are closed.  But that's ok.  I need to recover from yesterday's brutal swim.   It's been a long time since I struggled like I did yesterday but I guess that's what happens when you do a hilly 28km run followed by a mid-day weight workout that involved chin ups and box jumps.  I need to remember that I'm almost 43 and I don't recover as quickly as I used to, ha ha.

I'm well into my training and I have to be honest, I've forgotten just how perpetually tired your legs feel when you're training for long distance triathlon.  I haven't felt this way since Ironman training.  All my long runs as of late have been started on very tired legs.  But I suppose that once I'm properly tapered for Boston, my fresh legs will be capable of awesome things.  At least that's what I'm hoping.   Speaking of Boston, we are a mere 9 weeks away.  9 weeks!  This time last year I had already done two 20 milers and this year I'm not doing my first 20 miler until mid March.   By the time I got to Boston last year I had five 20 milers under my belt.  This year I will only have two.  That makes me a bit uneasy but G reminded me that I've been putting a lot of miles on the bike as well so that will also help me.

This week was supposed to be a high volume week but Ming diced things up a bit because I was still recovering from the previous week's beat down.  Thankfully he gave me easy bike workouts during the week so I could recover from my tough run sessions.

As usual I'll be linking up with Krysten, Amanda & Erica to put my #Bestfoot forward this week.  This is how week 6 of #Mingsanity broke down:

Monday:  2200m swim
Tuesday:  13km run with 10km at tempo pace + weights in a.m.  Evening workout:  90 minute easy ride on the trainer.
Wednesday:  2350m swim
Thursday:  80 minute easy trainer ride in a.m.  Evening workout 11.63km with 5x1200m repeats on 4:45.  One for each piece of pizza I had a lunch.  Not good.  I definitely felt that on my run.  Body weight circuit after the run.
Friday:  OFF.  I had the option to swim but sleep seemed like a much better idea.
Saturday:  28km run with 2x8km at tempo pace.  Coach Ming said if I was going to run hills then I should just run that effort and not be concerned with hitting my pace times so that's what I did.  This was followed by weights.  The run pretty much killed me. 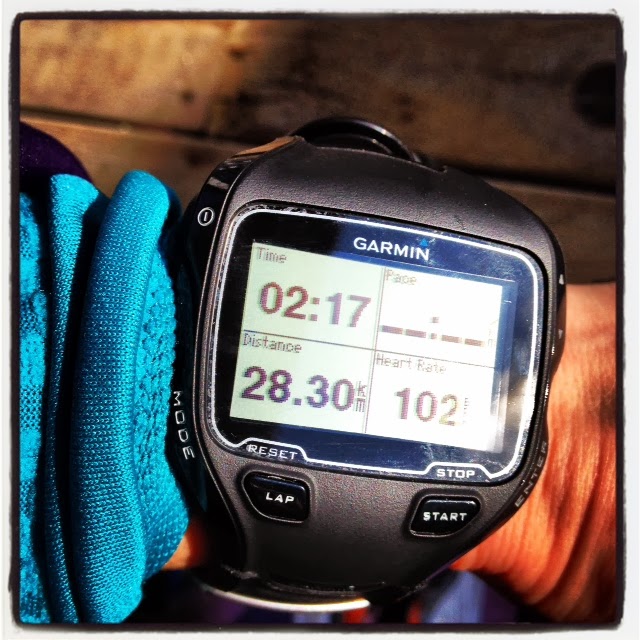 This week is a medium volume week so I should be able to get a bit more recovery in and then I'm on to a low volume week to get me ready for the Chilly Half.  I am hoping that the weather holds out and I can re-join my run group on Tuesday.  These babies are going to need to be taken for a spin. 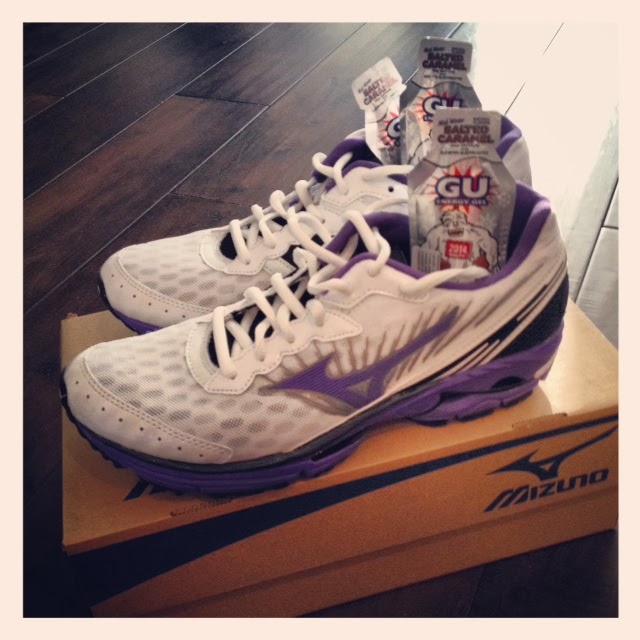 How was your week of training?  Did you put your #Bestfoot forward this week?
Posted by Phaedra Kennedy at 9:09 AM

Those are my favourite shoes! Good luck this week!

You are rocking it as usual. I feel like I need to spend more time on the bike and in th pool this week.

Amazing work! That is the best Gu flavor.

HAAAAA one for each piece of pizza, ok well glad to know I'm not the only one who sometimes adds to my workout to enjoy a little treat

Looks like an awesome week of training! Enjoy those new Mizunos!