I'm normally not one for entering contests but once in a while I figure why the hell not.  I never think that I'm actually going to win anything.  Imagine my surprise when it's happened not once but 6 times this year.  Seriously.  I'm thinking I should probably start buying lottery tickets. This is taking the January hashtag of #lucky2013 to a whole new level for me.

My first win was 2 pairs of injinji socks from Lisa at Yo Mamma Runs.  That was a couple of months ago.  At the beginning of June I won a $200 gift certificate for Rudy Project gear at the Binbrook Triathlon in the post race draw they always have.  A week after that, I won a $500 gift certificate from CP24 (local news station) for playing the hashtag game.  The hashtag of the day was #whatwasIthinking and this was the picture that landed me that prize.  It was my Grade 12 Grad and it was in the 80's.  Need I say anything else?  Those of you that follow me on Instagram would have seen this on one of my Throwback Thursday posts.  Yes, I have no shame and I am totally not above laughing at myself.
The big roll started to happen a couple of weeks ago when I won an Allied Metal Displays medal holder from Danielle at Work It Wear It Eat It.   I had been meaning to get one because the amount of medals I have from various races is ridiculous.  They are all piled into a vase on our book shelf.  It looked nice when there were a few in there, now it just looks messy.   Now I have this awesome piece of hardware.  I just need to find a place to hang it, dang it. 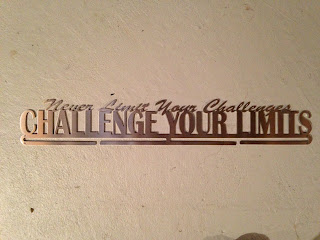 Fast forward to the first week of July when I get an email from the editor of Canadian Running informing me that I won a pair of Senneheiser headphones for entering the 3 Favourite Running songs contest they had.  Sweet!  In case you were wondering, my song choices were:  Beautiful Day (U2), Red Barchetta (Rush) and I Bet You Look Good on the Dance Floor (The Arctic Monkeys).

The icing on the cake was winning a pair of these babies from Christina at The Athletarian.  I did a little happy dance in my office when I found out. 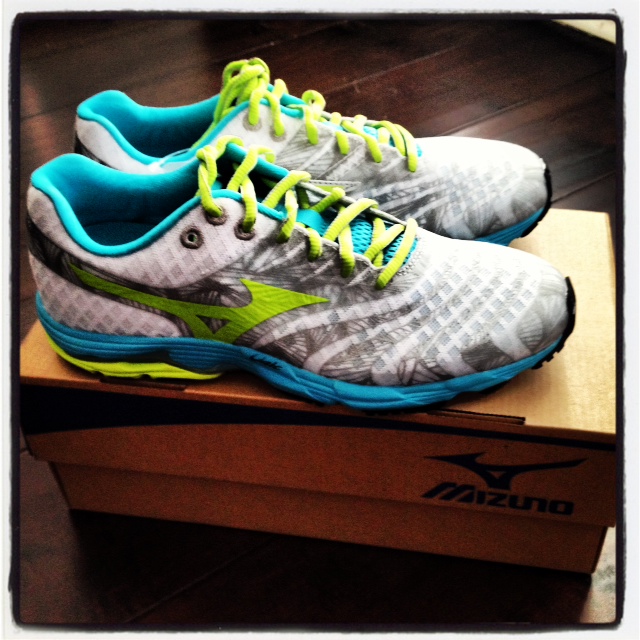 Yup, those are the new Mizuno Wave Sayonaras.  I took them out for a good hard 5km yesterday and they completely blew my mind.  Expect a review in the coming weeks.   They are going to be my go to shoes for my next few tri's as well as my half marathon in October.  I sense that they have some serious goal crushing potential.  Bring on the mezamashii.

To say that these past couple few months have been lucky for me would be a bit of an understatement so I'm heading out to go get that lottery ticket.

Do you enter contests often?  Have you ever won anything?
Posted by Phaedra Kennedy at 3:23 PM

Woohoo! Love lucky streaks! I have always entered them - nothing to lose right? But I rarely win.... however just this past month I won a Bestowed Box from Miles to Run (Debra) and a cooler of WhollyGuacamole from IRun4Wine (Marcia) Late last year I won a raffle at our local running store for a CXW sports bra but then won a 2nd raffle ticket for a big ticket item, but I did my good deed for the night and let them pick another winner :)

Ummmm, how about you pick up two lottery tickets, k thanks!

Gotta say - that is an awesome photo! You look beautiful and completely ridiculous at the same time!

I only enter contests that require little or no effort on my part. The reason, is that when I was in college I earned extra credit in Psychology by participating in a study to see if I was "psychic". I had to predict 1 of 4 symbols on a card that the professor held up. At the end of the session I asked the prof. how I did, and he said that normally he would expect a 25% success rate, but I didn't get a single one right. He advised me to never gamble. true story!!

Ha ha ha ha - thanks Flaming June! I love that your prof advised you not to gamble, ha ha ha.