2012 started off on a hugely positive note for me.  I was coming off an incredible year of racing and looking forward to tackling longer distances to see where my new found speed would take me.  I had a fantastic first half of the year, no doubt.  PR's were set in the half, 30k, marathon and 5km distances.  I won my age group at the Chilly Half and Toronto Women's Half, landed a 3rd place Masters finish at the Mississauga Marathon and actually managed an overall female win at the 5km that I did in June.  But after that, I backed it off.  I figured I needed some down time before I started training for NYCM.  I started riding my bike more as I had planned to do some late season triathlons.  Shortly after that, just as I started to get into really good shape, I strained my calf.   This injury threw me for a loop.  I took three weeks off running and missed two of the three August races I had signed up for.   I was not a happy camper.  That started the slow downward spiral.  I did not approach the second half of the year with the same amount of gusto that I did the first.  I bottomed out after running the Scotia Half but managed to bring myself back up just in time for NYCM.  And then Sandy hit and the race got cancelled.  I was bummed but not overly so at the time.  When we got back from NYC,  I was more than happy to take it easy.  I started skipping my run group, and my weight workouts became inconsistent.  I didn't want to push myself too much.  I was becoming complacent. 3.5 weeks after we got back from New York, we were off traveling again.  G had to go to Paris for work, so I tagged along.  I had high hopes for working out while I was there but it seemed to be less of a priority once I actually got there.  I only ran twice in the 8 days we were there.  I let everything go while I was away.  My normally fairly clean eating habits went right out the window.  It's amazing how quickly my body changes when I don't take care of it.  I came back from Paris feeling well rested but pretty gross.  A week of eating pain au chocolat, bread, not a whole lot of veggies and drinking wine every day really took it's toll on me.   I couldn't wait to get back to normal.

I think that was the kick in the pants that I needed.   My body had taken the rest that it required.  It was ready to get back to it.  I was also mentally ready to get back into it.  The switch had been flicked back to "ON".  I started going out with my group again and after many "false starts" I finally started the New Rules of Lifting program I had intended on starting months ago.   Sure I've lost some strength and some speed, but that can be re-gained.  Losing the desire and enthusiasm is sometimes harder to get back.  I've had a great week of training this week.  I've felt more energized and invigorated than I have in a while.  I had a great long run yesterday, I finally got my 100,000m swim cap and Boston training starts this week.  Things are definitely looking up.  Bring on 2013, I'm ready. 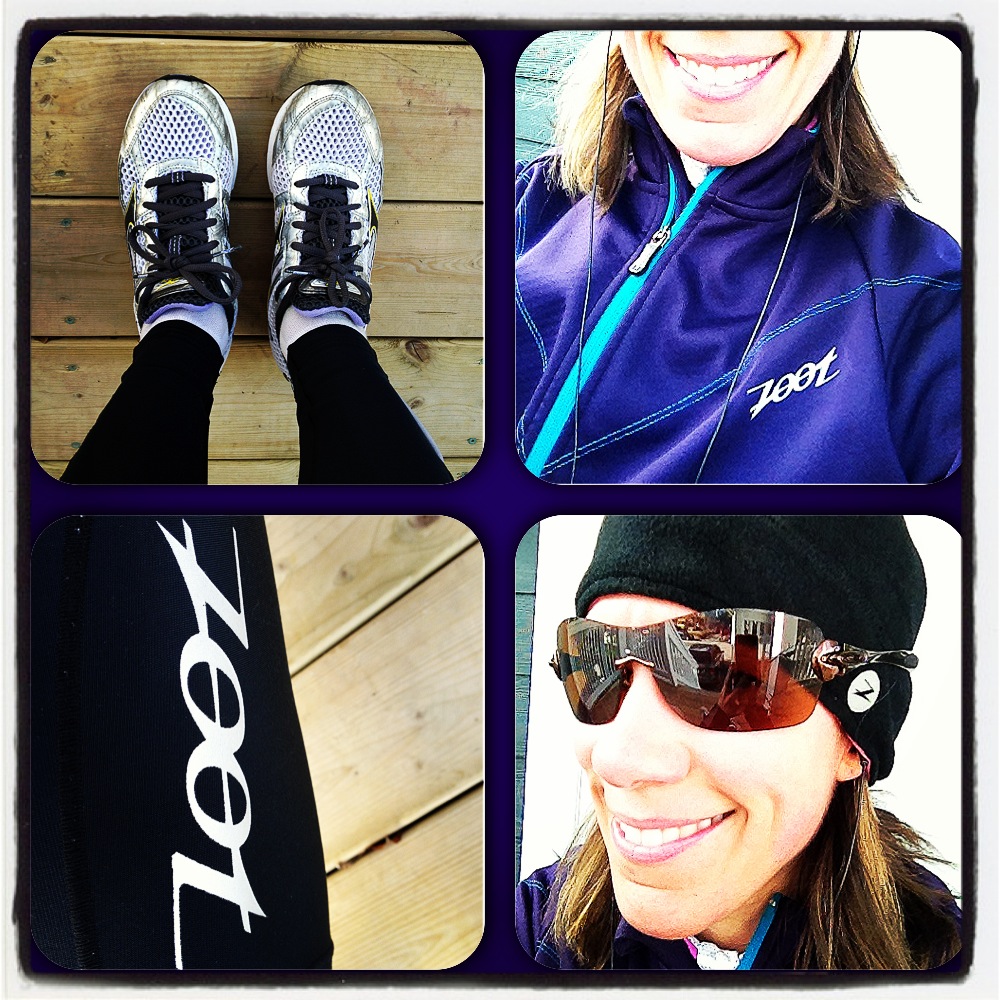 Posted by Phaedra Kennedy at 7:27 PM