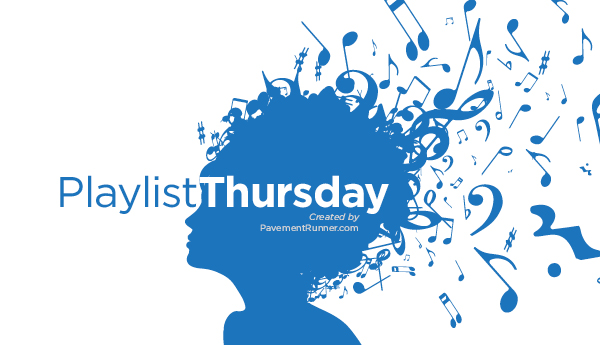 It's another free for all week on Playlist Thursday.  Pavement Runner has set up a poll on his blog so readers can vote for the most popular songs and most popular Playlist Thursday participants.  I actually got nominated in a couple of categories so go on over and VOTE.  He's left it up to his readers to determine their own themes for this week.  Since we're only a few days away from Christmas and all I've been doing is listening to Christmas music, I decided to do a Holiday Themed playlist with some of the songs I've put on my playlist to get me in that festive frame of mind.

Something Old: Songs that are at least 5 years old.
Something Current: Songs that have been released within the past year.
Something to Consider: This is the wild card category. Feel free to list any song: old, current, guilty pleasure, underground, whatever.

Something Old
Artist: Chris Isaak
Title:  Hey Santa!
Notable:  I love pretty much every song on this album from 2004.  Some great versions of traditional songs and then a few great catchy tunes.  This one is one of my faves.
Quotable:  "I stayed up late, I write, I called, it did not good at all, I decked the tree, I wish you’d just deck me, this ain’t no fun.."


Something New
Artist: Jason Mraz
Title: Winter Wonderland
Notable:  This song was actually released on A Very Special Christmas Volume 7 in 2010 but it made it on to this years Very Special Christmas 25th Anniversary album so I'm including it as "new".
Quotable:  "Later on, we'll conspire, as we dream by the fire, to face unafraid, the plans that we've made, walking in a winter wonderland."


Something to Consider
Artist: Straight No Chaser
Title:  We Three Kings
Notable:  I absolutely LOVE this acapella treatment of this song.  I discovered these guys last year while searching for some different Christmas tunes and they've become a staple in my Christmas collection.
Quotable:  "Oh star of wonder, star of night, star with royal beauty bright, westward leading, still proceeding, guide us to they perfect light."

Feeling festive yet?
Do you put Christmas music on your workout playlist?

Posted by Phaedra Kennedy at 11:43 AM

My TRX teacher killed us with a workout to the classic album "Disco Christmas". It would be fun to listen to it during a Santa run or something like that.

Ohhh Disco Christmas sounds right up my alley! I'll have to find that one!