As you may or may not have noticed, I took a little break from the blog world last week when we went on vacation.  I didn't cut out social media all together, I just stuck with things that I could do easily on my phone, while moving around and blogging isn't really conducive to that.  If you follow me on Instagram, your feed would have gotten my daily flood of images.  Sorry about that.  I also just started using Periscope while we were away and I clearly have no idea how to use it.  At least how the chat function works while recording.  But I'll figure that out eventually.  I tried 3 broadcasts that seemed to work.  I'll have to keep playing with that app for sure.

Where did we go?  Well, G and I headed out to St. John's, Newfoundland for a friends wedding.  Neither one of us had been out that way so when we got the invite, we jumped at the chance.   It was over the August long weekend, so we figured we'd extend things a bit and stay for a few days and do some exploring.   Apparently we were coming to visit just as summer was finally arriving to the Island.  July had been the worst July in almost 70 years there.  So much so that the local police arrested the weatherman on the NTV news.


They weren't kidding about the crappy weather.  We left Toronto at 6:45 am on the Friday and it was 25 degrees.  When we landed in St. John's it was 11 degrees, overcast and REALLY windy.  The forecast didn't look great for the wedding the next day either.  It ended up raining in the morning and then clearing later in the evening.  When we got up on Sunday, the sun was shining and the temperatures were on the rise.  Everyone was talking about the arrival of summer.


The wedding was a fairly intimate affair at the Admirals Green Golf Course, which had a spectacular view of St. John's...once the fog lifted.   Jon had warned me that all the CFA's (come from away, i.e mainlanders) would have to be "Screeched In".   Screech is "a colloquial term used to describe any cheap, high alcohol spirit, including moonshine" (so says Wikipedia).  Being Screeched In involves reciting an oath of sorts, kissing a cod and downing a shot of screech.  Some ceremonies also have you eating a piece of Newfie Steak (a piece of baloney) or wearing a Sou'wester hat while reciting the "oath".  After this, you are declared an honorary Newfoundlander.

Our ceremony was led by a very charismatic guy.  I couldn't understand a single word he said.  Neither could anyone else which made for some incredibly entertaining interactions.  As he chatted with us, filling us in on local traditions,  someone was passing around some "Newfie Steak" which we had to eat before we could begin.  The shots of screech were passed out shortly after that.  Once we had eaten the "steak", he pulled one guy out of the group and bantered back and forth with him for a while then he went around the group and asked some of us where we were from.  That garnered a lot of teasing from him which was hilarious.  He then asked us if we were Screechers.  The first time that drew a lot of blank stares.  A few people said yes, which is apparently NOT the proper response.   The proper response is "Deed I is, me ol' cock! And long may yer big jib draw!"  This translates to "Yes I am my old friend, and may your sails always catch wind."  There was a LOT of laughing as we all tried to say this as a group.  Eventually we all got it right.  That then meant it was time to kiss the cod.  Our guy pulled a huge frozen cod out of a bag and passed it around the room.  After the cod had been kissed, we did our shot of screech.  Which is just as well because I wanted to burn the salty fish stink off my mouth.  The screech did just that.  Afterwards we all got an official certificate to commemorate the occasion. 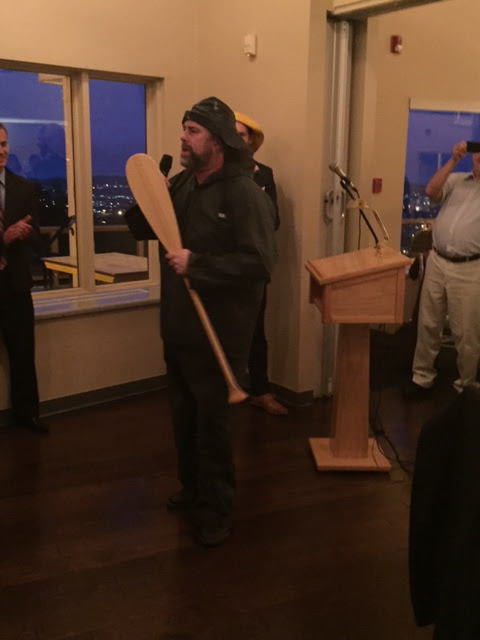 It was definitely a fun evening!

On Sunday the sun came out so G and I went for a run around the Harbour.  G wasn't feeling so hot so he stopped at 5km and I went out another km.  Unfortunately that last km had a doozy of a climb back to the hotel. 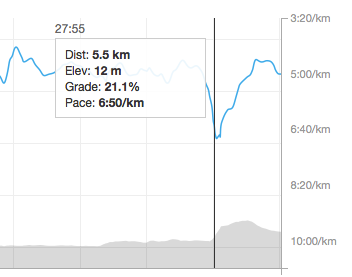 Yes, that says 21.1% grade.  WTH.  The first thing I realized in St. John's is that there are really only two directions.  Straight up or straight down.  The only flat ground we really found was around the Harbour.  If you're walking or running anywhere around St. John's be prepared for steep hills.   I couldn't imagine trying to ride a bike there without a triple crank set.  I wasn't surprised that we only saw one small group of cyclists (3 dudes).   And they were riding around the Harbour, ha ha.

We spent Sunday afternoon exploring Cape Spear and driving around part of the Irish Loop in our rented Mustang convertible.   Cape Spear was absolutely stunning.  I was amazed at how much the temperature dropped from St. John's to Cape Spear.  It wasn't more than half an hour's drive but it went from 27 degrees to 19!  Probably because it was insanely windy.  As evidenced by my selfie.  It takes a lot to blow the fro back! 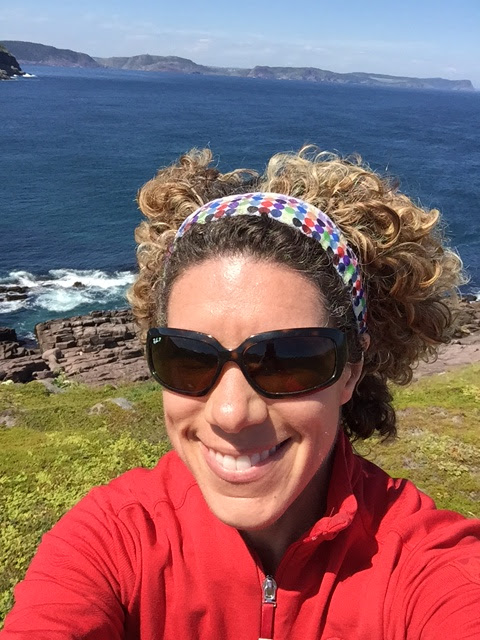 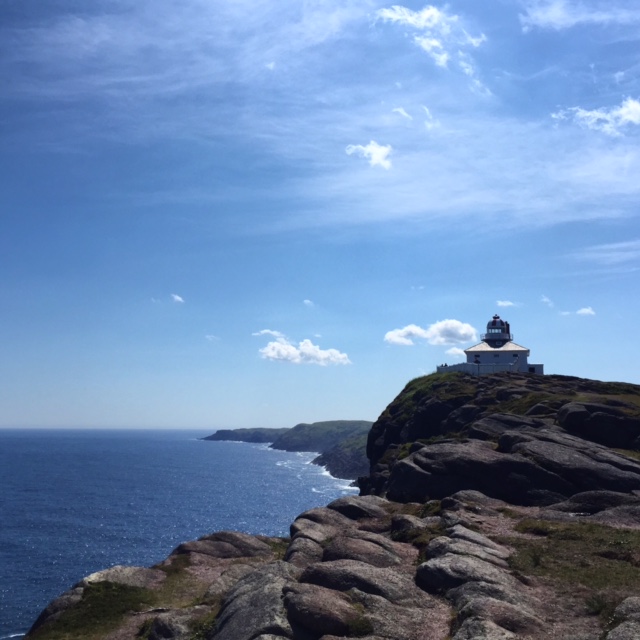 Cape Spear is the eastern most point in North America so it didn't get any more east coast than this!

Monday we had planned on going whale watching and thankfully we had another clear, sunny day.  Apparently July and August are the best times of the year to go whale watching so we were hopeful we'd see something.  We were NOT disappointed.   We saw multiple whales as well as a mother and calf that breached right by our boat.  It was amazing.  I figured it was a good time to test out Periscope (you can find me under my twitter handle @redrunningshoe) as well so I did two short broadcasts. 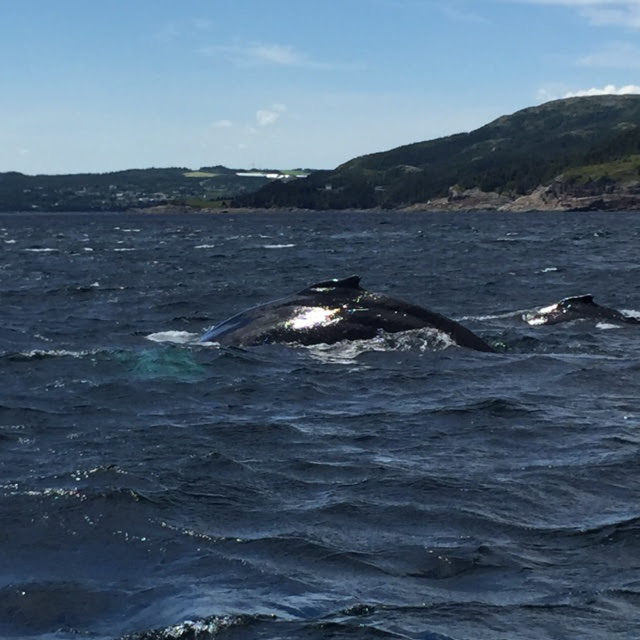 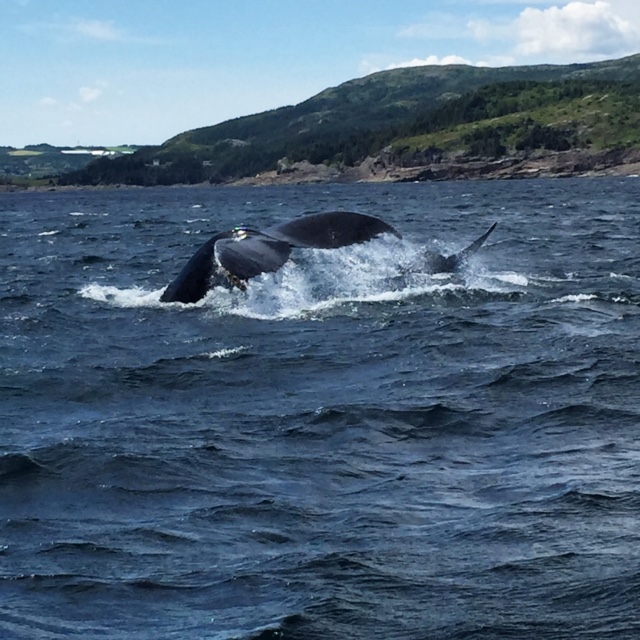 I really wished I had a good camera for this but alas, I only had my iPhone.  After the whale watching the boat took us out to Gull Island.  It's a small island that is home to something like half a million birds.  It was INSANE.  The noise was unbelievable.  There were all sorts of birds everywhere.  It was the first time I had ever seen a Puffin as well.  I didn't realize they were such small birds!


That was a pretty amazing experience, one that we'll probably never have again.  I'm so glad I did it, even though I'm not a big fan of boats.

Tuesday morning we planned on running up part of Signal Hill and hitting the trails on the Grand Concourse.   Running up Signal Hill was no joke.  The gradient was anywhere between 6 and 16%.  It was pretty much straight up.  We ran up half way and then turned off onto one of the Grand Concourse trails.   Amazingly the trail was relatively flat compared to the roads! 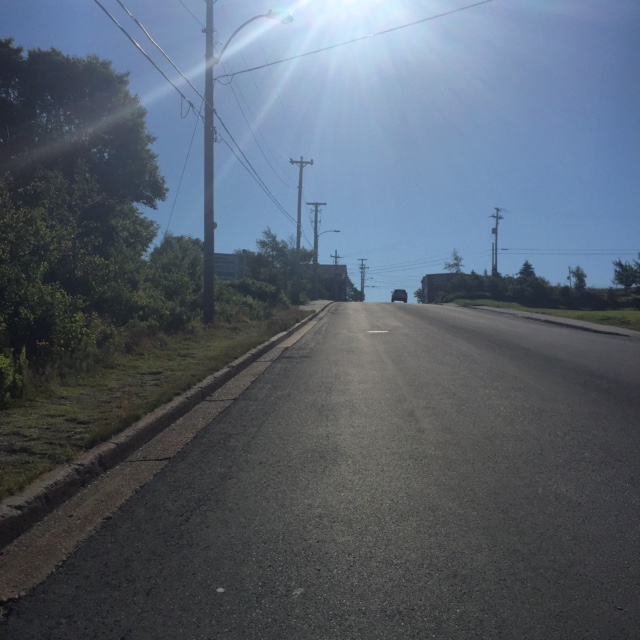 We did 11km along the trails and I felt surprisingly good.  I could have easily kept going.  My knees were a bit sore when I'd stop and then start again but once I got going they were fine.  My glute / hip is almost back to normal.  A few more sessions with the osteopath and I should be totally good to go!  This was an awesome way to explore the residential communities of St. John's.  I didn't realize how many small lakes were actually in St. John's.  At a higher elevation than the ocean no less!

After our run we gobbled up breakfast, cleaned ourselves up and hopped in the car to drive up the rest of Signal Hill.  WOW.  Just.  WOW.  The view from up here was amazing.

After wandering around here we got back in the car and drove west out of St. John's to do a bit of exploring.  We hit a few small communities and checked out one of the local beaches (it was freezing cold and covered in rocks so we left.)   The last stop was Quidi Vidi Brewery, home of the famous Iceberg Beer.   It was so close to where we were, I wasn't about to NOT pay a visit.  We did a tasting of all 7 of their beers.  The woman that led it was awesome.  G had hoped to get some Iceberg to bring home but by the time we finished the tasting, they had sold out!  So he left empty handed. 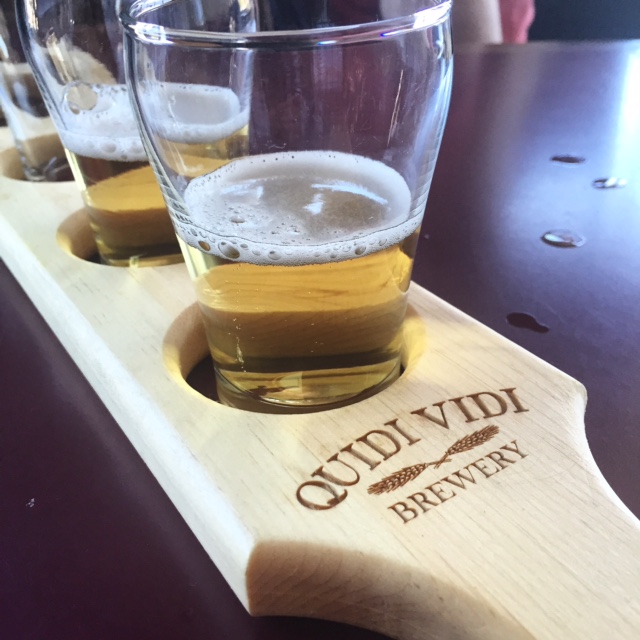 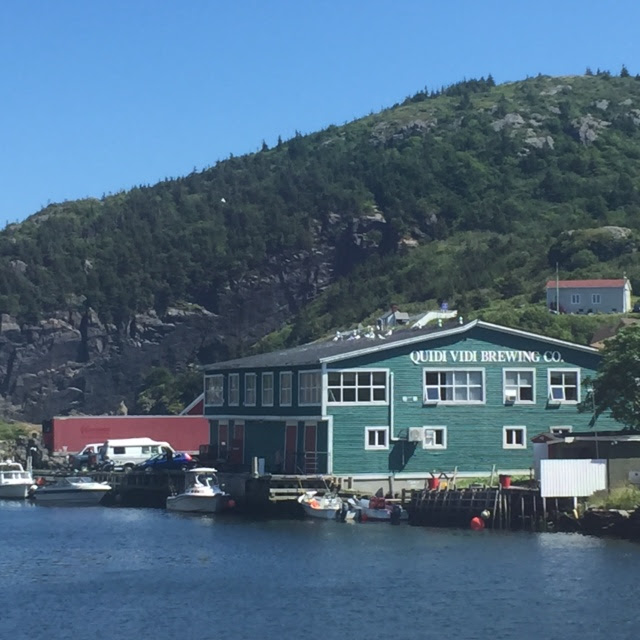 It was a wonderful 5 days.  We ate some great food, drank some excellent local beer, shopped, explored, celebrated a friends nuptials and took a much needed break.  Now it's back to our regularly scheduled madness for another few weeks until the September long weekend when we head to Mont Tremblant for another little getaway.  Up this weekend?  Another race of course.  G and I are heading out to Bracebridge to race the sprint distance race.  Should be interesting.  Stay tuned for a race report sometime next week!   Speaking of next week, Tuesday is Tri Talk Tuesday and we're talking Triathlon Favourites!  It could be anything you love;  your favourite training tool, your favourite race, your favourite shorts, that's all fair game for next week.

Posted by Phaedra Kennedy at 2:50 PM

Sounds like an amazing trip! But that whole Screecher thing? Is it for real?

I want to visit St. John's after reading this! Sounds like a crazy fun place if one can deal with the cold and hills. Have fun in Mont Tremblant - one of my favorite places although I've only ever visited in the winter for the great skiing!

Love the whale pictures! WOW!! Sounds like a really fun wedding even if it was chilly!