Those of you that read along regularly know just how crazy this summer has been.  All of my weekly recaps usually talk about some kind of weekend trip or event or race.  I'm happy to say that this weekend had NONE of that.  Nothing.  Nada.  For the first time all summer we had nothing scheduled.  My sister and her boyfriend were going to be crashing at our place on Saturday night as they were in town to go to a festival so we figured we'd do brunch on Sunday.

We both wanted to do a longer ride so we went out to Bolton to ride out there.  It's been a while since we tackled those hills.  It was scorching hot and there was no wind.  I did a good job of hanging onto G's wheel for the first half of the ride.  My legs were feeling the hills though.  I had a pretty big week last week so they were pretty tired.   We rode out to Belfountain and stopped for coffee and a sit down.  What better way to refuel mid ride than with a butter tart? 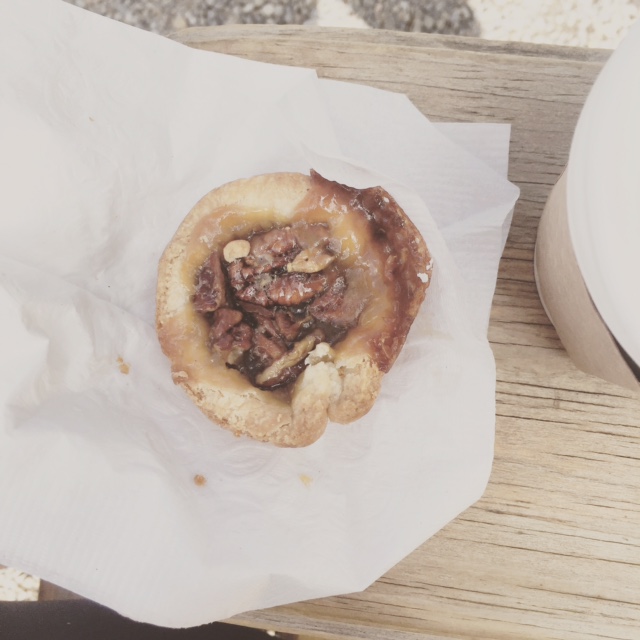 Getting back on my bike was rather unpleasant.  My legs felt pretty punched.  Luckily it was mostly downhill the rest of the way back.  There were points where G had to drag me back.  I did a pretty good job of sticking to his wheel - I think my weekly Morning Glory rides have certainly paid off in that regards.  I was pretty tired when we got back.  I foam rolled the hell out of my legs and stretched really well.  And re-hydrated because holy smokes did I ever sweat a LOT.   We ended up going out Saturday evening to watch our nephews baseball game but I managed to sneak in some food prep before we headed out.   That is one thing in my life that has been sorely missing so it was nice to get a few things made and frozen for future busy times.

Sunday I hit the road early-ish for a long run.  I left the house at 8:20 and within 10 minutes I was soaked.  It was HOT.   You know it's going to be a scorcher when you can barely tell where the lake starts and the horizon ends. 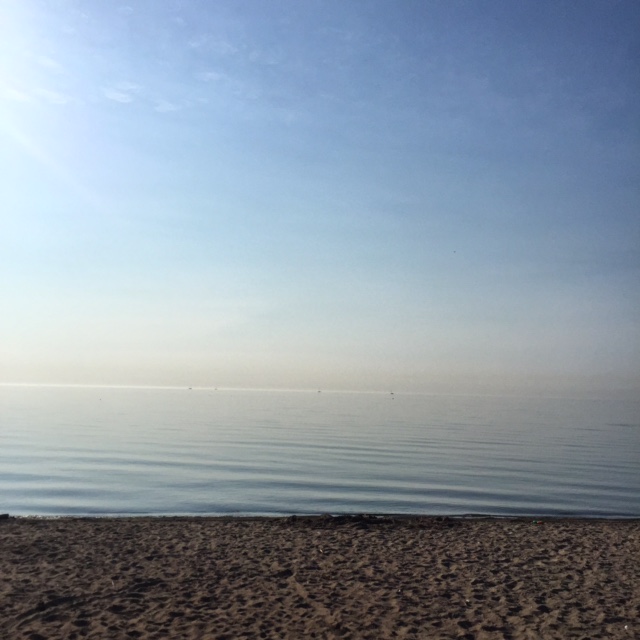 My legs felt horrible when I started but got better as I went along.  I actually negative split the run.  I ran the second half much faster than the first.  The best part?  NO GLUTE OR HIP PAIN!  My knees were a bit sore to start.  And then my left knee REALLY hurt after I stopped to fill up one of my water bottles.  I was worried that I might not be able to run but, my kneecap found it's groove again and I was off.   It felt so good to go out and run long again.  I ran 17km.  Not very quickly but whatever.  I did it and that's what matters. 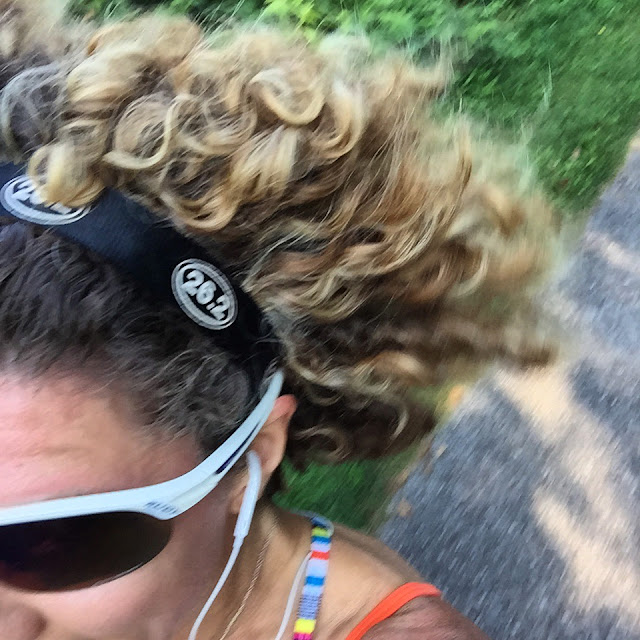 The rest of our Sunday was spent having brunch and lazing around.  I did some more meal prep and some plan work for my coaching clients and I finally finished my Bracebridge race report.  That will be up tomorrow!  We capped off the weekend with a frosty beverage on the back deck.  It was the first time this year I've sat out there.  Better late than never!!

This past week I promised myself I'd get back to the gym twice and try to make it to both Morning Glory rides.  Amazingly, I did both!

Monday:  OFF - was tired from the race
Tuesday:  31km bike with Morning Glory + 4.5km run off the bike.  Which sucked immensely.   My legs were still feeling Sunday's race.
Wednesday:  2350m swim + 40 minute strength workout
Thursday:   a.m. 31km ride with Morning Glory again - hung on to the 3rd group for a lap!  That never happens!  p.m. I finally hit the track for some speed work.  I did a total of 7km with 5x400m repeats.  I was pleased to see that I was hitting splits I hit 2 years ago so at least my really short speed is still kinda there, ha ha. 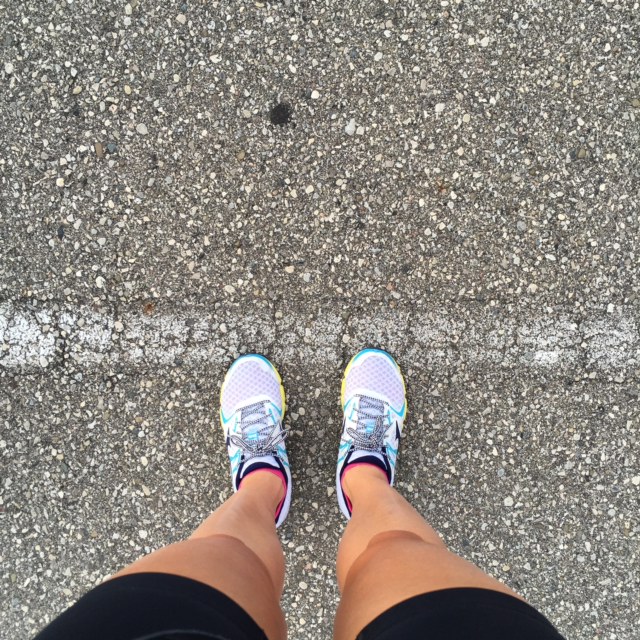 I've got Toronto Island coming up this Sunday so I suspect that my weekend activities will be somewhat reduced.  It's technically my last race of the season so I really want to nail it.  I say "technically" because there are still 3 races left in the series after this one so I'll have to see where I stand in the points after Wasaga Beach.  It may mean I have to do Lakeside.  Which I really don't want to do as it's the day before the Epic Tour of Halton.  So we'll see.

How was your week of training?  Who else has races coming up??

Posted by Phaedra Kennedy at 11:51 AM

Well, if you do have to do the last race, at least the tour isn't a race. Great, relaxing weekend. I feel the same about my summer - it has almost been too busy.

I bet it felt downright leisurely to be at home this weekend!!!

I would say that you have had one of the busiest summers of anyone I “know.” That’s awesome that you finally had a free weekend with no obligations or schedule. I always feel like the summer gets completely booked up, so whenever there is a free weekend I get a little giddy.

Yay for running pain free. It’s the little things, right? I can’t believe the last race of your season is coming up. The season always seems to fly right on by, kind of like summer. What are the average temperatures like there during the month of August? It seems like it has been unusually hot for everyone this year!

That's nice to have a weekend with no specific plans. I've been super busy every weekend since the spring, practically. Looking forward to a little downtime, although I tend to stay busy through the fall. I can't resist signing up for things.