The Big Weeks Are Coming

Haaaaappppy Monday!!!  What a FABULOUS week / weekend last week was.  It was like we skipped spring and went directly to summer.   Saturday felt like a mid July day it was so hot.  It was good training for Eagleman because apparently it can get really hot in Cambridge.  Speaking of Eagleman, they released the swim waves last week.  There are 21 waves.  Yes, you read that right, 21.  I head off at 7:52 am. which means I will be on the run course at the hottest point of the day.  Awesome (not really).   You can't control the weather but you can prepare for it so I busted out the salt tablets on Saturday and used them on my ride.  I think they helped but it was an easy paced ride and shorter than normal so who knows.  But I'll definitely use them throughout the rest of my training.  They'll get a good test this coming weekend.  It's the long weekend so G and I are headed up north to our friend David's parents place for a training weekend.  They live in Huntsville so we're going to be riding the Mukoka 70.3 course.  Bring on the hills.  If it's anything like last year, it's going to be a high mileage weekend for sure.

I dialed back the intensity this past week since I had two pretty hard weeks leading up to this one.  I could definitely feel it, especially in my knees.  I had a stretch of a couple of weeks where I was pretty much pain free, now my right hip, right knee and right glute are causing me nothing but problems.  I have to go and get some ART work done to loosen things up.   Especially since the next two weeks will be my last two big ones before I start to taper.  Gah.

Monday:  OFF.  I was totally wiped out from the weekend and the thought of doing fins didn't really appeal to me or my sore legs.
Tuesday:   am)  7.4km run, then 60 minute strength workout with Justin at Runner's Academy.  pm) easy 60 minute spin
Wednesday:  2200m swim in a.m. 3.5km run in pm. that was cut short by kamikaze gnats.  So disgusting.
Thursday:  Brick #2 of the season.  60 minute ride then a 6.5km run all done before 7:00 am.
Friday:  2400m swim
Saturday:  50-ish km ride, followed by a 3km run all in the mid-day sun. Even with the heat my 3km was speedy.  Must've been the fancy New Balance Zantes.  Full review coming on those later on this week! 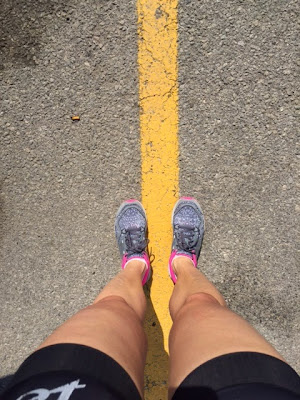 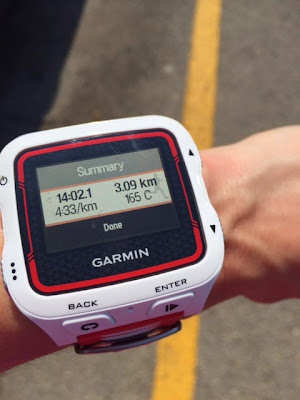 Sunday:  2700m swim, followed by an 18km run. Which also happens to be my longest run this year. 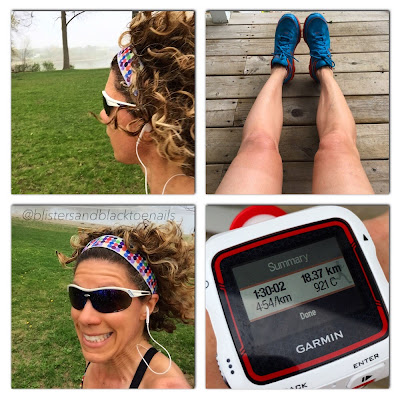 Posted by Phaedra Kennedy at 9:21 AM

Great week! It was hot on Saturday. I said the same thing, from winter to full on summer! I have the NB Zante's as well. Have only worn them on the TM so far for shorter runs, but so far so good. And they look nice (I have the same colour as yours).

Ummm are you coming to Cambridge, MD??

So jealous of your warm weather. It's been awful here...cold and rainy. Ugh!
I'm on a break for 2 weeks from running and had hoped to get some rides in. That's not happening...

Gnats - ick! I kept getting them in my eyes on my ride Saturday (even though I was wearing glasses). I think you are so brave for doing Eagleman. I am headed North to MontTremblant in hopes of a cooler run. Nice training week!

Awesome as usual. Your dedication is inspiring!