Normally I do my weekly recap on Mondays but since yesterday was a holiday and I was still out of town on a training weekend, it's coming at you today.  This past weekend was the Victoria Day long weekend, which us Canucks always think of as the first long weekend of the summer, even though it's technically still spring.  It's the weekend that sees people heading north to open up their cottages after a long winter.  If we had been in the city, I probably would have dealt with the garden.  But that's going to have to wait.  Instead, we headed up to our friends parent's place in Huntsville for a training weekend that involved riding, running and eating copious amounts of ice cream & treats. 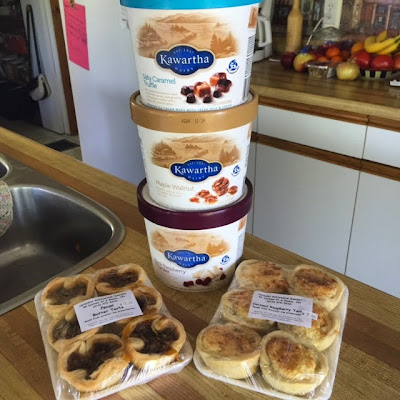 As well as the consumption of a few adult beverages and a few games of Cards Against Humanity.   We even had a knife / axe throwing competition.  In short a good time was had by all. 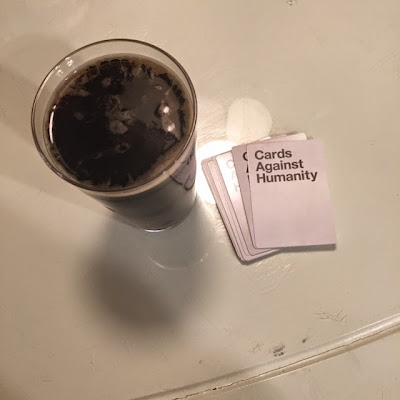 I even ventured into the water after my long run.  Not in my wetsuit, I'm not that crazy.  I went in in my running gear and submerged my legs.  It was cold but not as bad as I thought it would be.  I still figured I'd give things another week to warm up.  This weekend I'll look at braving the open water if the C3 Quarry is open.

I was hoping for a bigger week of training this week but my hips and lower back were really bothering me so I made an appointment with Peter for Thursday morning for some ART work.  That meant I had to shuffle my bike ride to Wednesday, which didn't happen because I ended up staying at work late.   So I missed a key bike workout and a run.  C'est la vie.   I still had a pretty good weekend of training.  One more big weekend and then it's taper time.   I do think I may have to look at my bike fit, which I hesitate to do so close to the race but if I can't run off the bike because my back is a mess, then I may have to suck it up and change things around.

This is how my week went down: 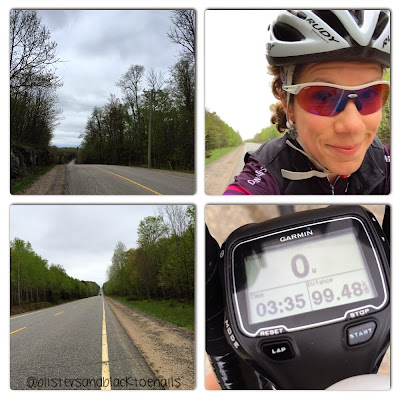 Sunday:  20km on the Huntsville Half Course.  Nothing but hills.  But I had great company which made the hills and the time fly by.  Thanks D! 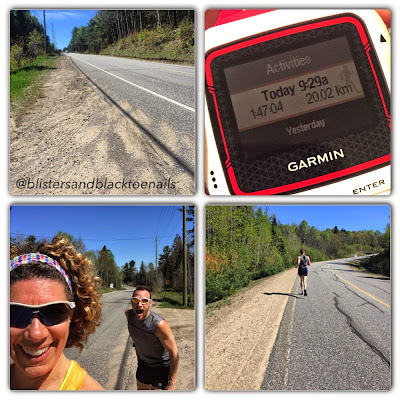 Monday:  31km ride with 2x10km at threshold pace.  In the hills.  Again.  Good thing Eagleman is flat, ha. I took my new Smashfest Queen race kit out for a spin and I definitely felt fast and loud, ha ha. 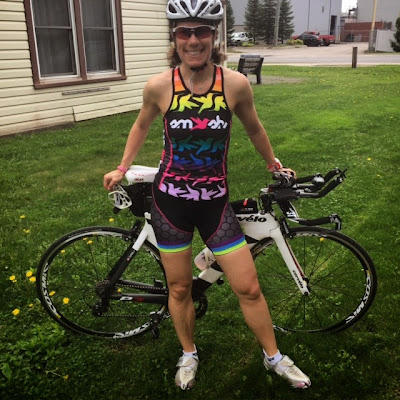 This coming weekend will be the last big push for me I think.  I'd like to try to get one more big weekend in before the beginning of June but logistically I don't think that's going to happen as the last weekend in May is going to be a very busy one for us...but we'll see.  I'm sure G and I will find a way to make it work if need be.

How was your week of workouts?  Who else went out of town for the long weekend?
Posted by Phaedra Kennedy at 9:51 AM

I got the ice cream and beer this weekend, but had to skip out on friends for the sake of trying to get some sleep...

Are you doing the Huntsville Half? If so, we'll see you there!

You put pictures of ice cream on your blog? I was just thinking of heading up to bed. I hope I don't make a detour to the freezer!

Seriously, I wish the water would warm up here too. Not for swimming, but for water skiing! Looks like that may have to wait a few weeks...

Sorry to hear about the back! Hope you can get that sorted out before Eagleman. Yeah, that course is a pancake! Gotta love the Eastern Shore for that. Smashfest Queen kit suits you!!