Do What You Can: #Mingsanity Week 9

First of all, I want to thank all of you for the birthday wishes last week.  It really made my day.  I was hoping to get my Chilly Half race report done last week but that hasn't happened.  Life and work took over most of my week which left little time or energy for anything else.  It will come though, I promise.  I can tell you one thing, it took a lot out of me.  I figured I'd be recovered by Thursday but no.  Perhaps it had something to do with the wicked Graston treatment I had on Tuesday and the fact that I didn't have a massage until yesterday.  Shame on me. So this week became a kind of "do what you can" week.

Anyway, let's get down to business.  I'm linking up with Krysten, Amanda & Erica as usual to put our #Bestfoot forward.  This is how my week went down. 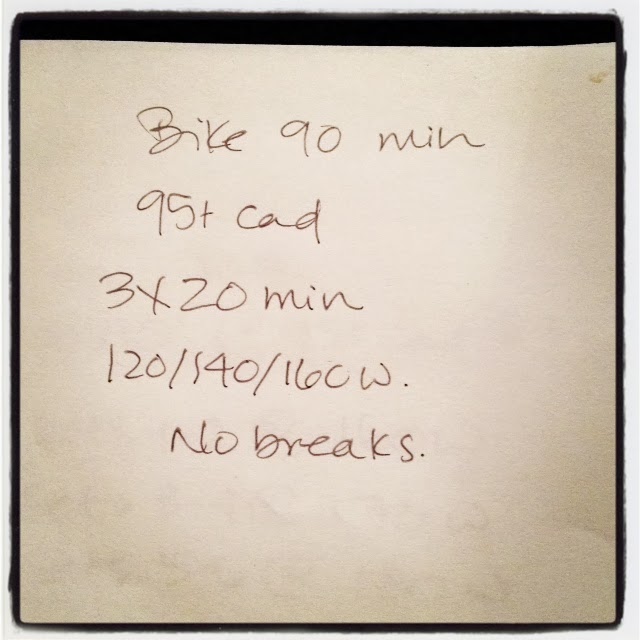 Total time including weights:  9h 16 minutes.  Can't wait to see what next week is like, ha ha.

This week is a high volume week and Ming has already warned me it's not going to be pretty.  Nothing like logging into your workout page and the first thing you see from your coach is:  "This is week is going to be tough, just plow through it."  Um.  Ok.  Should be interesting given the fact we're shooting on Wednesday and Thursday.  But I'll do my best.  Saturday I have my first 20+ miler scheduled (33-35km with 10km tempo).  I hope my legs are up for it.  I'm going to head to the hills again in High Park.  Boston is only 6 weeks away so these next few weeks are going to be BIG.  Bring it on.

How was your week of workouts?
Posted by Phaedra Kennedy at 8:40 AM

It's impressive what you accomplished even being wiped from having run the Chilli. My week of workouts were minimal, as they have been for the past month. I did manage to get a treadmill tempo in, as well as a steady run, and my 29km long run, which was BRUTAL. I'm off for March Break this week with the kids, so my challenge starting tomorrow is to get every workout on my schedule in.

You had a great week! 6 weeks is going to fly by (or at least that is what I'm teeling myself to get through some high mileage weeks ahead)! Keep up the great work!!!

Seriously! I spent last week eating junk food and generally being a slug. SO THIS IS SUPER IMPRESSIVE!! As always - ROCKSTAR

Impressive week! I didn't even know you had a coach, that is awesome! You're going to do great in Boston, the weeks will fly by!

That's still a pretty killer week! I'm impressed! Good luck with this week, I'm facing something similar! My coach was like... 'Ok so here's the plan, is this realistic or...?!' Ha! I figured I might as well give it a bash and then answer that question afterwards! ;)