If I thought June was less than ideal then July was an EPIC FAIL.  July was so insane I don't even remember what I had set out to do.  I do know that the month chewed me up and spit me out just in time for my vacation.  All my grand plans flew right out the window as work came flooding in just before the long weekend.  I still managed to squeeze in 2 races though despite having to work on one weekend.  Yeah it was that kind of busy.  Who wants to work weekends in the summer?!  That's right....NO ONE.  But it had to be done because deadlines can only apparently move so much until they drop dead.

The one thing I definitely managed to do this month was start doing my long runs again.  Everything else I had hoped to do such as:

* get the third swim in a week

* get on my bike twice a week

*get back out with my run group on a regular basis

never really happened.  I think I can count on ONE hand how many times I managed to ride twice in one week (I think that happened twice).  I think I made it out to my run group a total of 3 times and the third swim a week was only in my dreams.

But whatever, things don't always go according to plan.  All you can do is pick yourself up and get back on the horse, wagon, bike or whatever it was you fell off of and keep moving forward.

It looks like August will also be somewhat busy but, given that I'm taking the first week of it off, I may not have to deal with some of the jobs that are coming in now so I might have a bit of a reprieve when I get back (fingers crossed!)

I'm not going to overwhelm myself with too many mini goals this month.  The big one is to make sure I get my runs in because I've officially registered for The Scotiabank Half on October 20th.  This is my second "A race" of the year.  This is the one where I try to break 1:30.  So it's time to start cranking things up. 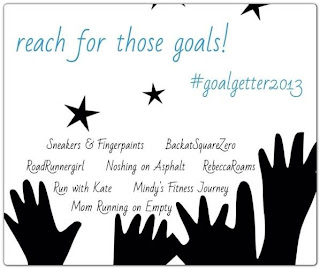 Posted by Phaedra Kennedy at 1:00 PM

You forgot to add the following items to your list of Curly's EPIC FAIL's for July.

The list could go on, but I thought I should just name a few :)

Ha ha ha..Ok, I'm dying with laughter. This is why I love you, you know how to put things in perspective.