All Work + No Play = One Cranky Little Lady

To say that this last week has been insane would be an understatement.  I knew I was going to be busy but I didn't factor in a major storm into my week of crazy.  Toronto got hit with a huge rain storm on Monday evening.  126mm of rain fell in ONE hour at Pearson Airport.  Streets were flooded.  Underpasses turned into lakes.  Cars were stuck.  Highways were shut down.  It was nuts.  And to top it all off, almost the entire west end of the city lost power.  I happen to live in the west end.  What's normally a 20 minute drive home took almost an hour.   To make matters worse, I was supposed to try and source some white cloth napkins for a shoot that was scheduled to happen the next morning.  Nothing in the west end was open.  Nada.  I was so desperate I went into pretty much any restaurant that was open and asked if they had a couple of cloth napkins that I could buy for $20. No luck.  I ended up calling 2 of the assistants I had booked for tomorrow and asked if they had power and if they did could they please go out and find some napkins.  Luckily both of them did so I didn't end up having a nervous breakdown standing in the pouring rain on Lakeshore Blvd.

Problem number one solved, but not without a whole lot of anxiety.

I got home to a candle lit house and G sitting on the couch reading on his phone.  We looked through the fridge & cupboards trying to figure out what we could eat.  We have a gas stove so G turned on the gas and lit a match while I crossed my fingers and stepped out of the kitchen.  Nothing blew up so at least we were able to make dinner.  My phone was close to dying so I pulled out my laptop and plugged it in to charge there because I knew that things were changing by the minute with our Tuesday morning shoot.  We had agency and client flying in from Montreal and I don't think any of them realized just how bad things were until they tried to fly out on Monday night.  That's when the emails started flying and my phone started ringing.  The lounge we were supposed to shoot in at Pearson had become a holding zone for stranded travelers, all of which I'm sure would NOT have been thrilled to see us at 8:00 am the following morning.  So at 10:30 at night, I'm sitting on my front porch in my pj's (the only place my cell was getting reception) making calls to my crew and photographer to tell them that our 7:00 am call time had been postponed.

My gym didn't have power so a workout wasn't going to happen.  I thought about running but sleep won out.  I hoped that maybe I'd be able to swing a run on Tuesday night.

I tried to drive into work and it took me 30 minutes to get about 3km so I turned around, went home and worked from the comfort of my couch.  At 12:30 pm I get a phone call that our client has secured a plane for that evening and the Lounge for the next morning.  It was go time once again.  Cue rising stress level.   So much for my Tuesday run and my Wednesday morning swim.  We shot in the plane (a Boeing 777) until almost midnight (I have to say, that was pretty freaking cool!) and I had to be back at the airport for the Lounge shoot at 7:00 am. 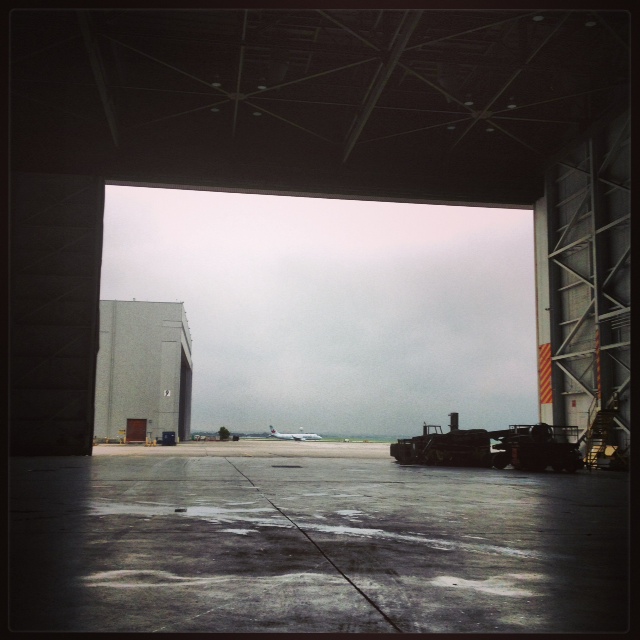 There were so many variables that hadn't been addressed for our Lounge shoot that I hardly slept.  I went to bed at 12:30 am and woke up every hour on the hour until 4:30 am when I just said screw it and got out of bed.  Needless to say but the time I got home on Wednesday evening, I was a zombie.  There was not going to be a workout.  I went to bed at 8:30 and slept straight through until 6:00 am, missing my Thursday morning gym workout.   Ugh.   I packed my run gear into a bag and brought it with me.  Thursday was not much better.  I was Little Miss Cranky all day.  I really needed to get out and do something.   Our bodies are made to move.  A run was in order.   It was a necessity.  I could have gotten sucked into the black hole of work but I could hear my Yellow Birds chirping.  The sun was shining and it was a beautiful summer day.  I knew I had to turn my frown upside down.   What better cure for that then a run on a gorgeous summer night.

I finished that run in a much better frame of mind than I started it and I woke up Friday morning in a fantastic mood.  I'm not sure if it was because it was Friday or if it was left over endorphins from my run.  I'm going to go with the latter.

All Work + No Play x One Run = A Much Happier Lady.  That's some common sense mathematics right there.

Have you ever had those moments where you are so stressed that just NEED to get out and DO something?

Posted by Phaedra Kennedy at 2:55 PM

Your job sounds so coo - even when stressful!! Glad you got your run in. I totally get it. Sometimes you just have to do something to feel better :)

I shop or yoga out my my stressful days. For the benefit of my checkbook, I prefer yoga ;) I wish I had that runner drive, because so many people say how it's one of the best free therapies, but I just can't get on board yet (though I try.. slowly). Here's to a great weekend :)

Thanks Ladies! Susan, I'm also a shopper, luckily when I"m busy I don't have the time...my wallet is happy about that, ha ha.

I agree - your job is pretty neat!

And absolutely yes, there are days that I am so tired and frazzled that the second I get home I go for a run. By the time I get home things seem a whole lot more calm :)