A Weekend of Races

It only seems like yesterday that the Pan Am games started and now they're over.  As is the Tour de France.   How is it that it's almost the end of July already?  Time is flying by way too quickly these days.  Thankfully we have a bit of down time coming up this weekend.  On Friday morning we're off to Newfoundland for a friends wedding.  I'm really looking forward to that as I've never been to Newfoundland.  We're going to be there for 5 days which will be a nice little break.   Looks like I'm going to have to pack some warmer clothes though.  Apparently they didn't get the memo that it's summer.

At least it will be nice for running!

Speaking of running, I think my sciatic issues are almost sorted out.  I ran on Saturday and raced yesterday and while both runs weren't awesome, I didn't have the pain I usually have so that is a huge plus.  I'm off to see the osteopath again tomorrow so hopefully with a few more treatments, I'm back to normal.  I really need to get back to regularly scheduled running.  I can count on one hand the number of times I've run this month and it's really done a number on my speed.  But I know that will come back once I make a concerted effort to work on it.

This week wasn't too bad work wise but my plans to get to the gym twice didn't happen.  I made it once but that was it.  I went on Monday and I think it fried my legs because I had nothing in them for my Tuesday morning ride with Morning Glory.  I'm starting from the basics once again.  I've decided that for now I'm going to stick with body weight stuff until my race season is over and then I'll get back to heavier lifting and working on building my power back up.  I think that will be helpful for both my cycling and running next year.

Speaking of cycling, G and I went out to watch the men's and women's Pan Am road races on the weekend.  Now THAT was pretty freaking awesome.  Part of the course was a loop that I've done with Morning Glory so it was amazing to see these guys just fly up the climb that I grind up.  The Canadian women did really well - we got Gold and Bronze and we got a Bronze in the men's road race.   Canada did really well overall and broke the previous Pan Am medal count record with 217 medals, second to the U.S who had 265 medals. 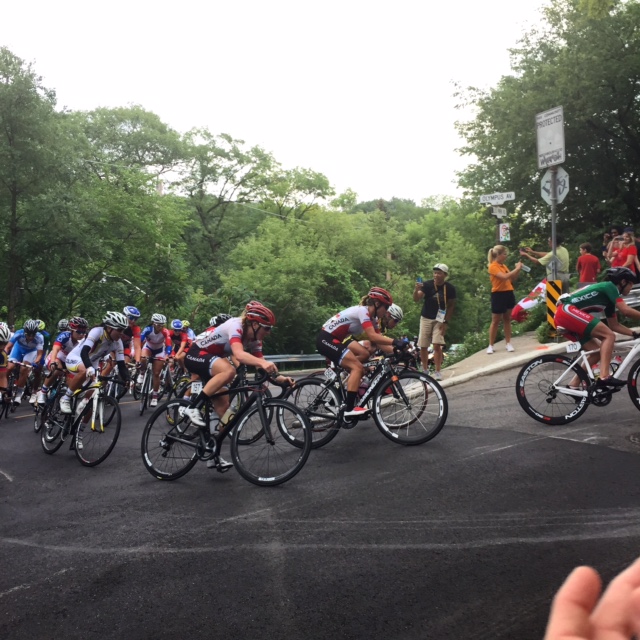 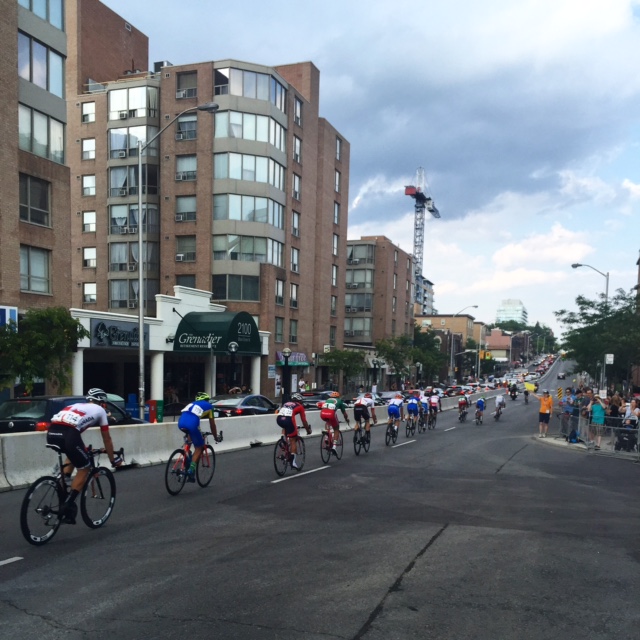 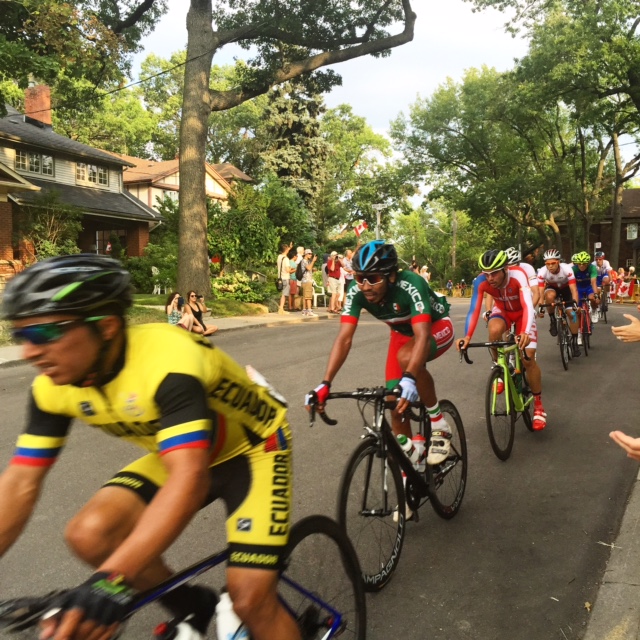 I'm not sure spending all afternoon on our feet in the sun was the best thing for our race on Sunday but it's not every day you get the opportunity to watch races like this on your home soil.  We skipped our long ride so we could sleep in a bit and then make our way out to High Park.  Best. decision.  ever.

With two rest days this week and a low volume Saturday, my sweat equity time was quite low.  Although what I lacked in time, I made up for in effort that's for sure.  This is how things went down last week:

Total time:  6h 6 minutes.  Much lower volume week but most of my activities were high intensity as evidenced by my Training Stress Score in Training Peaks.  This week will have less high intensity work but more volume.  At least that's the goal.  I know once we get to Newfoundland, the only thing I'll be doing there is running, weight training, walking around and eating copious amounts of seafood.  As one does when they're on the East coast.

And....tomorrow is Tri Talk Tuesday and we're talking about hot weather training, which is perfect timing as Toronto is entering a heat wave.   Swing by tomorrow to add your post to the link up!

Posted by Phaedra Kennedy at 11:25 AM

Looks like another good week of training. The cool weather will be awesome for running. It's brutal here right now--hot and humid. I'm looking forward to your post on training in the heat! I figure if I can push myself through this, I can do anything, right?

So awesome that you were able to see the Pan Am games. Can't wait to hear your race report. Also interested in hearing your vacation update! I haven't been to Newfoundland but love Maine and enjoyed visiting Moncton, NB on a work trip.