Well Hello December!  I can't believe you're here already..and since it's the first Tuesday of the month, that means it's time for Tri Talk Tuesday with my fellow triathletes Courtney & Cynthia 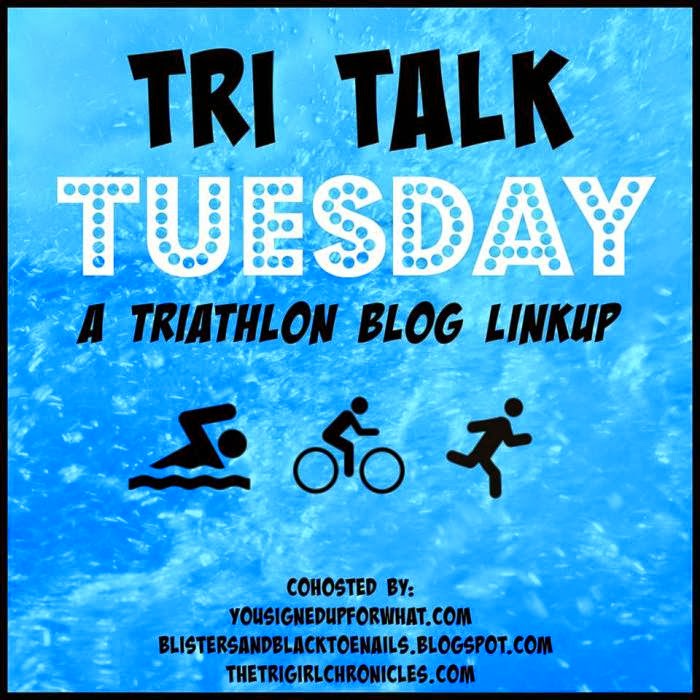 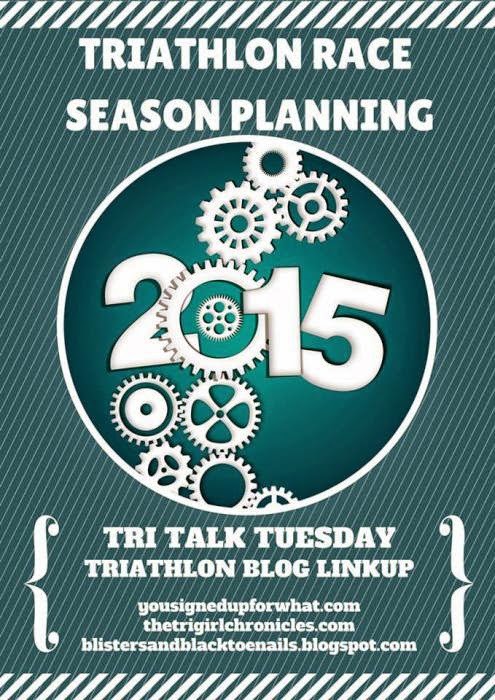 Normally I would have the first half of my season planned out by now but because I've been sidelined due to my wonky knees, I haven't bothered committing to anything for 2015.   I'm hoping that will change soon.

So how do I plan my season?

1.  Pick an "A" race.  Or two.  This year I had Boston in April and Luxembourg 70.3 in June.  Would I do that again?  Probably not.  I don't think that really gave me enough time to recover from Boston and ramp up my cycling the way I would have liked to before the 70.3.   But, it was a valuable learning experience for me.  Ideally if you're going to have two A races, you give yourself adequate time for recovery and another shorter build session.   Once you've picked your A races, work in your B races.

2.  Figure out if you're going to go it alone or work with a coach.  Normally I am self coached but this year because of the close proximity of my two races, I opted to enlist the help of a coach (remember all my #Mingsanity posts??).  It was totally the right call, especially for a Type A racer like myself.  He told me when to work hard and when to back off.  It was nice to just kind of go on auto pilot and not have to figure out what I should be doing when.  Not only that, I saw improvements that I don't think I would have seen if I didn't have a coach.

3.  Remember that rest and recovery is an important part of your season, especially if you have two A races on your schedule.   If you want to perform your best, you need to allow for some rest.  You're not going to lose fitness if you take a week or two off after a big event.  In fact, the fitness you've gained from said event doesn't normally kick in until about 2 to 3 weeks AFTER the event.  So bear that in mind when planning your season.

4.  Most importantly:  go out and have fun!  Remember how lucky you are to be ABLE to race.

What races do you have planned for 2015?


Tri Talk Tuesday will be back on January 6, 2015. Our theme for January will be resolutions and goal setting! We hope to see you in the new year and linked up!

An InLinkz Link-up
Posted by Phaedra Kennedy at 10:21 AM

Ahhh wise tips! I need to think about spacing events out better this year!

Number two, good idea! Having a coach this past season probably would have saved me a lot of hurt I went through.

I definitely learned a lot this past year about planning a race schedule and choosing wisely. As someone who had never done triathlon before, I wasn’t sure what my body could handle or the toll racing/training would take. There are a couple things I would do differently – one being picking an “A” race and planning around it. This is something I am definitely going to do this next year, making sure I schedule plenty of time for rest and recovery as well. I am planning on signing up for IM Canada, and will go from there. ☺

Love these tips. I am notorious for signing up for ALL THE RACES!! This year I learned a valuable lesson in stepping and I hope to tackle 2015 smarter!