Happy Monday!  I'm still on holidays this week so today it's Happy Monday.  We'll see how I feel next Monday, ha.

I hope everyone had a wonderful Christmas!  Ours was the usual bit of crazy.  It didn't help that both G and I were recovering from various sicknesses.  G had pneumonia and I got a crazy sinus cold that knocked me sideways last week.  It only lasted 3 days but it really put a dent in my workout plans.  It's just as well, I needed an easy week, ha ha.  It actually kept me out of the pool for 10 days!   It was quite nice to just putter around the house though.  G and I spent Christmas Eve day lounging on the couch watching movies all day.  THAT was awesome and much needed for the both of us. 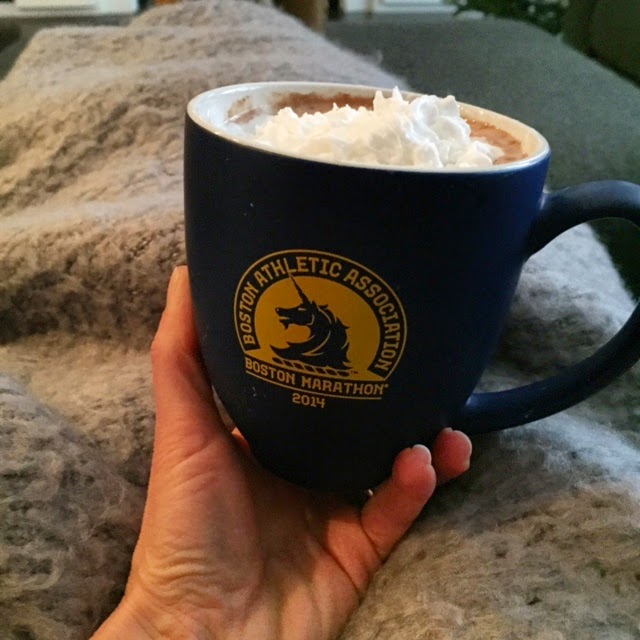 Christmas Day was spent driving around between families and Boxing Day everyone came over to our place for the usual Kennedy / Rodrigues Boxing Day Feast.  I cooked up a storm.  We did a massive ham on the BBQ so I had room in the oven to make roasted sweet potatoes with garlic and thyme and roasted maple bacon brussell sprouts.  I made fresh buns for the first time ever (thanks to our bread machine!) and we also had green beans, a spinach salad courtesy of my brother and this awesome turnip and parsnip dish courtesy of my mother in law.  Of course I had to save room for dessert which was a delicious cheesecake courtesy of my sister in law.  Thank goodness for jeans with lycra, ha! 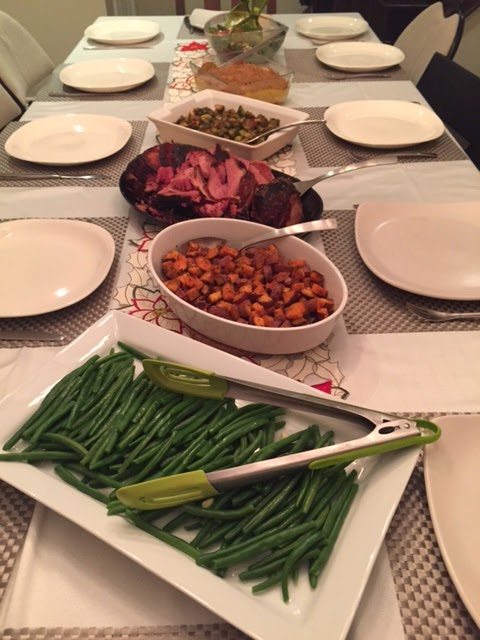 The weather this past week has been phenomenal given it's late December so G and I tried to take advantage of that on Saturday and went out to Durham Forest to ride.  Unfortunately the trails were icy and slushy which meant that they were super slippery.  I was not comfortable riding on that so I went out onto the road and rode along the grass and gravel wherever I could.  G stayed on the trails for a bit and then came out and met me.  It was short but it was better than nothing.  The temperature got up to 9 degrees later on in the day so of course I had to get out and enjoy it.  I had done a pretty hard run on Friday and normally I wouldn't run the next day but it was too nice out to NOT run.   I've run 4 times this past week.  That is more than I've run in ages.  And, I am happy to say that I had no knee pain on any of these runs AND, MY GLUTES WERE WORKING!!!!  Things have finally clicked.  That's the only way I can explain my ability to run the paces I'm running at the effort level I'm running at.

This week ended up being nice and easy in terms of volume and intensity and it was just what I needed.

I need to get back to the gym this week as well as the pool.  Coach Kim has decided that the remainder of our swim sessions this year are going to be hard - like a "mini training camp".  Awesome.  I missed a week and a half and I came back to a hard workout and got bumped up a lane.  Amazingly I didn't die.  My arms and shoulders were totally fried by the end though.

I finally sat down yesterday and started working on a plan for myself for 2015.  I also did this: 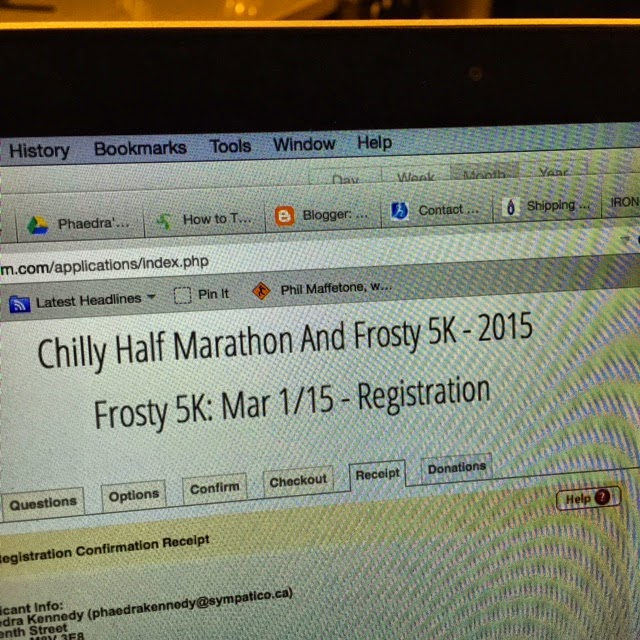 It was weird to be signing up for the 5km vs. the half but I promised myself that the first half of the year would be all about short stuff and I don't like to break promises.  I've started thinking about my 2015 goals so expect a post on that sometime this week.

How was your Christmas? Did you get any cool gifts?

Posted by Phaedra Kennedy at 5:36 AM

Wow! Your Boxing Day feast looks delicious! And congrats on getting moved up to a faster lane for your swim workouts.
I got lots of cool triathlon gifts for Christmas, including a new tri suit, a speed/cadence sensor for my bike, a climbing block for my trainer, and an awesome bag.

My Christmas was good except for being sick. I ran the Boxing Day 10 Miler which, in hindsight I shouldn't have. My cold evolved after that day into bronchitis, which I'm still fighting. My plans for the days off were essentially spent in bed asleep. SIGH. I did get a cool Star Trek tech tee for Christmas as well as some other nerdy shirts.

Glad your knees are feeling better! Yay for happy running! I was sidelined all week with a gnarly sinus thing. I'm still suffering but I've decided I need to start working through it at this point.

Oh fun! A 5k, which means you get to go all out! Glad you're feeling better. The whole world is sick right now.

Happy week off to you as well! Yay, Chilly will be great! Hope you will stick around to see us finish. Maybe we can even have our free beer together!