I know I just went away, but man, that seems so darn long ago.  This past week back really wore me down.  Bone chilling temperatures, more snow and grey skies really took the wind out of my sails.  It's times like this when I wish we lived somewhere warmer, somewhere that didn't get snow.  Maybe one day.  But for now, I've got to suck it up and deal with it.

At least my first week back from holidays was a short week.  Usually that means it's a little nuts but thankfully that wasn't the case.  I was able to ease back into my work week without having to jump in with both feet.

I did the same thing with my workouts.  Normally I would have jumped right back into training but whatever I did to the back of my knee / calf over the holiday was still bothering me so I opted to not run for most of the week.  Riding was better.  There was still some pain but it wasn't too bad.  Apparently I've probably aggravated my Baker's Cyst because I hyper extended my knee while playing in the surf.  Awesome.  I had a massage on Friday and it seems to be better.  I've been icing it as well so that has helped.  I still managed to get a solid week of activity in.

Monday:  40 minute ride
Tuesday:  60 minutes of strength work
Wednesday:  2550m swim in the a.m. 50 minute trainer ride in the p.m.
Thursday:  60 minutes of strength work in a.m.  60 minute computrainer ride at RPM in the p.m.   Thursday nights at RPM are Time Trial nights so if you're looking for a little extra push in your training, this is for you.   I know some of you are thinking - why would you go and ride there when you have a computrainer in your basement?  Well, I'm learning how to use the Multi-Rider computrainer software that they have at RPM so I can eventually lead some of the Thursday night TT classes.  Yup, you read that correctly.  Mrs. "I get freaked out speaking to groups of people", is going to stand up in front of a bunch of strangers and lead them through a workout.  GULP.   But hey, if it doesn't challenge you, it doesn't change you, right? 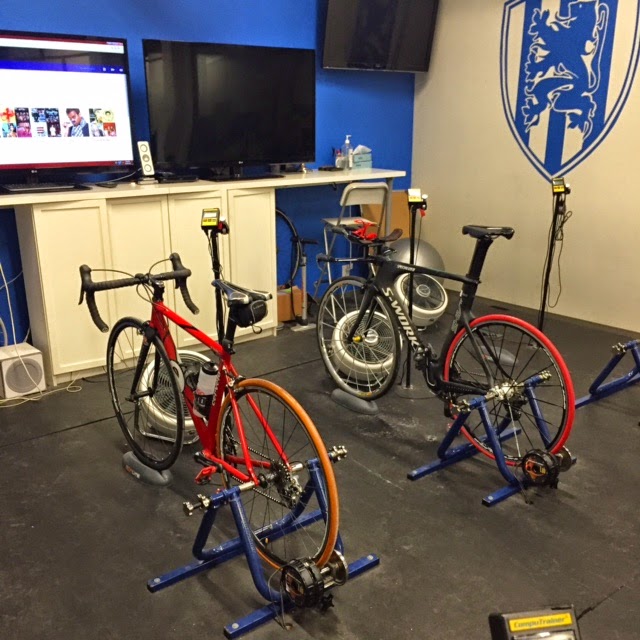 Friday:  2500m swim
Saturday:  5.5km slog in the snow.  I shouldn't have even bothered, it was so slippery.  But I did get some pretty pictures. 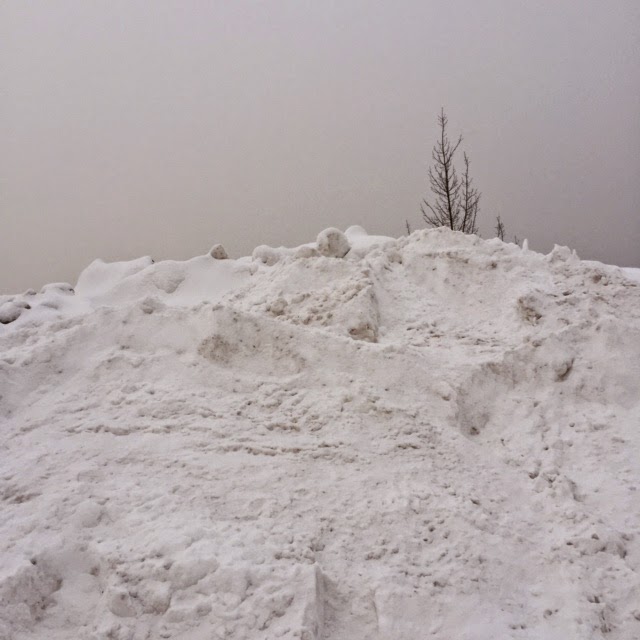 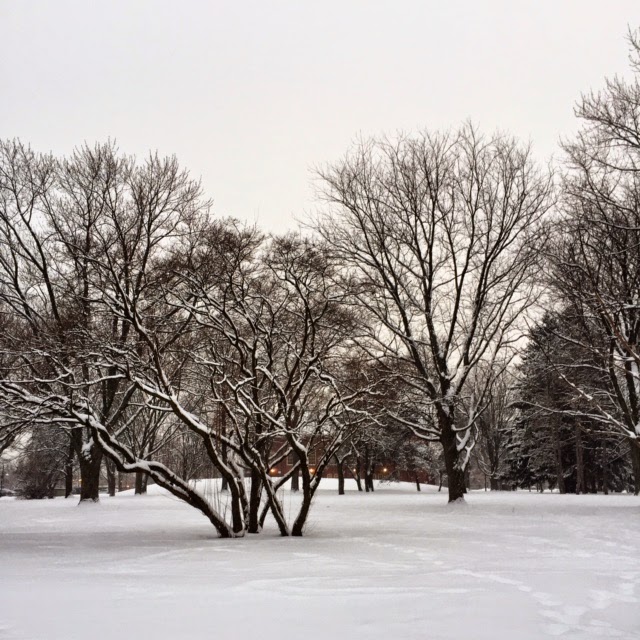 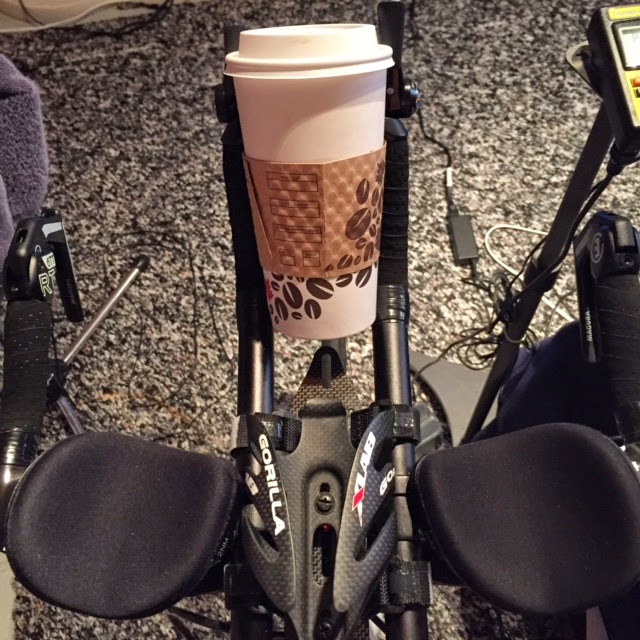 Total time:  8h 31m.  That should help get rid of the last couple of holiday lbs, ha ha.

This weekend marks the first race on my 2015 calendar - the Frosty 5km.  Normally I'd be running the half but my knee issues kept me from committing to any early season long distance events.  I don't really have any expectations for this race as I'm not really sure what my body is capable of right now.  I haven't been doing any real speed work so I'm thinking I'll probably be around the 22 minute mark for 5km.  Maybe faster if it's not too cold.  Who knows.

I have several athletes racing this weekend too.  Nicole & Chris will be doing The Chilly Half so I'll be there to cheer them on after I finish my 5km and Christina is off to Phoenix to kick some butt.  I can't wait to see how everyone does!

Anyone else getting ready for their first race of the season?

Posted by Phaedra Kennedy at 1:55 PM

I hear ya about the crappy weather. I'm done. Sometimes its tougher to go away and come home than it is just to stay put...

I have a half in less than 3 weeks, and at age 52, I'm hoping to PR. We'll see how that works out for me. My training runs have been amazing. So if I can keep my head in the game, it will all be good!

Oh I'm just gonna take it easy and run a 22 min 5k. No big. LOL Good luck on Sunday, I'll hopefully see you there. And good luck with the Thursday night classes. I'm sure you'll be awesome at it! Welcome home.

By mid Feb, this Wisconsinite is done with Winter! Mid February until the thaw is brutal.

I think the winter really hit us in February! I just went away too but I'm already counting the hours till spring. At least the days seem a little longer? Hang in there! Looks like a great week of workouts :)