And Now For Something Completely Different....

Every once in a while I decide to do something that is completely outside my comfort zone.  It doesn't happen often but when it does, it's usually something that will involve a really good story when it's all said and done so this will be no exception.   I had actually been contemplating doing this when I got my mountain bike last year but the deal was sealed when the folks from the race approached me about being a race ambassador.

You read that right guys.  I'm going to be doing a BIKE race.  Not a regular bike race either.  An off road bike race.  I'm excited and scared all at the same time.  They have 3 distances, 20km, 40km and 70km.  I'm going to do the 40km.  G has done this race 3 times and I've gone to spectate each time.  It's in April so you never know what you're going to get weather wise.  It could be sunny and warm.  It could definitely rain.  Heck, it even snowed one year I was there.   One thing is for certain.  You're going to get dirty.  Period.  I have the photographic evidence to prove it. 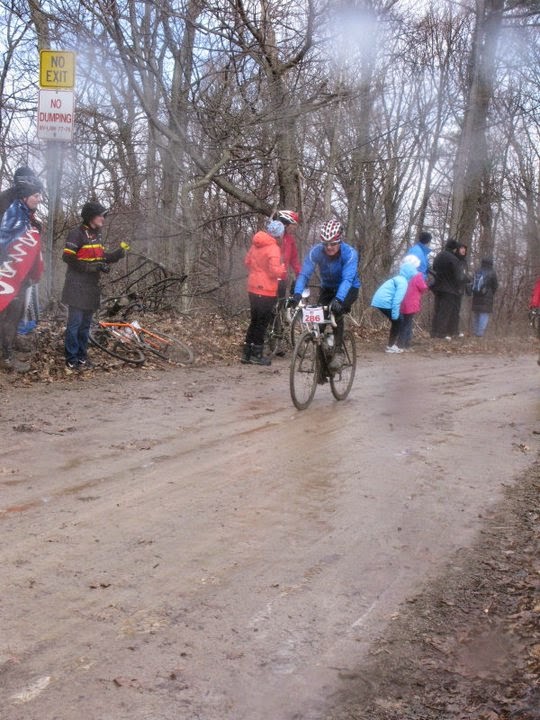 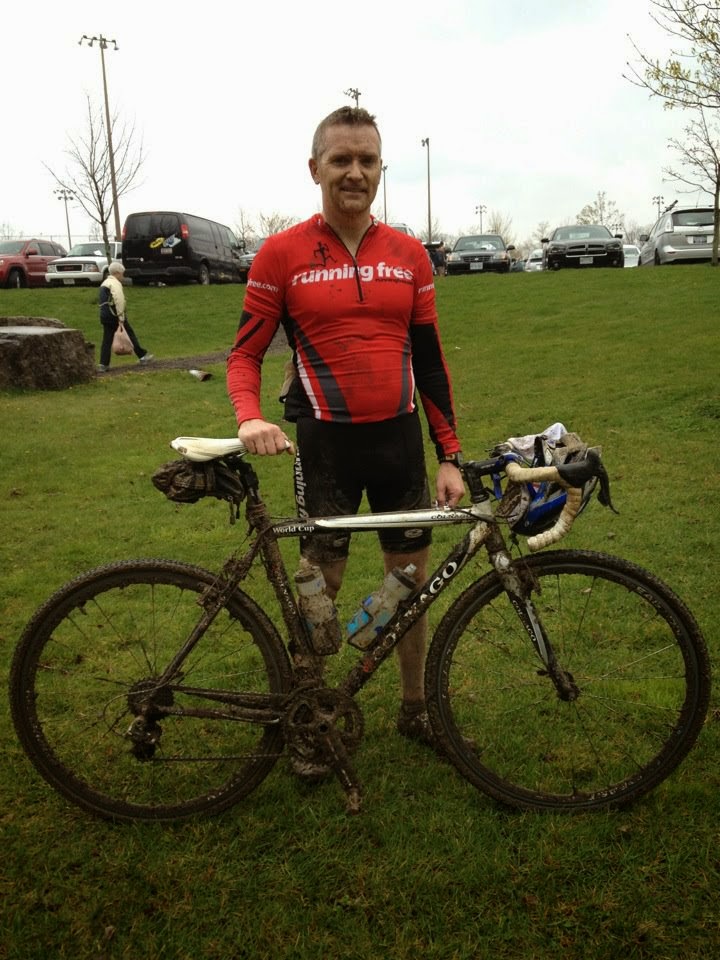 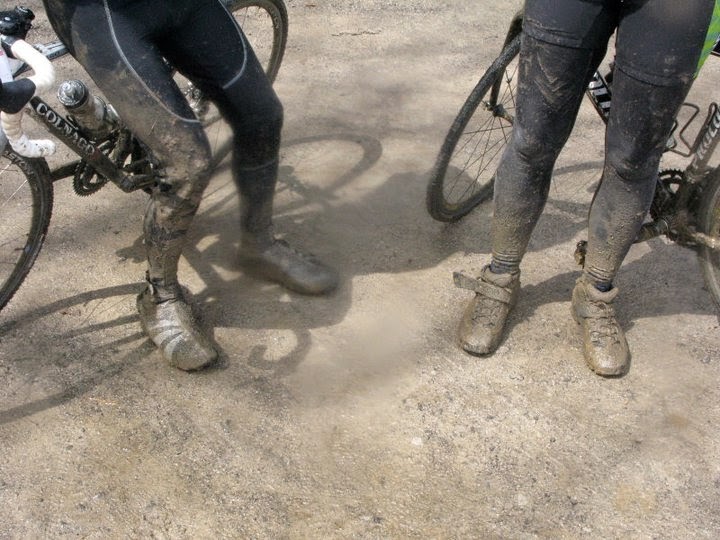 It's going to be very strange not having to swim or run afterwards, but I'm up for the challenge.   If you're in Southern Ontario and you want to do something completely different, I strongly suggest you check this race out.  As a spectator I found it seemed to be incredibly well organized and G absolutely loves it.   He missed it in 2013 as we were in Boston but now that they've changed the date and moved it to late April, I don't think he'll ever miss it again.

I'm excited because this is officially the second race in my 2015 race calendar.  It will also force me to make sure I am diligent about my cycling over the next several months.  Not having a goal race right now has left me a little at a loss but I'm hoping that changes soon.  It will all depend on my knees and how things progress.   I'm remaining hopeful!

Have you ever done an off road race - either biking, running or triathlon?

Posted by Phaedra Kennedy at 11:14 AM

That is so cool! I would love to try something like that. I'm excited for you and can't wait for your recap!

Well this is exciting!!! I always tell myself I am going to get on a bike at some point but it never happens. Maybe that would change if I had an indoor trainer like you! I need my very own PAIN CAVE!

That is so exciting! I've done a running trail race before, and it was so much fun. I'm too much of a chicken to do one on a bike, though.