Happy Monday!  I hope everyone had a fabulous weekend! Mine was jam packed as usual.  No racing this weekend but this was the last big weekend of training for G so that meant a big bike ride on Saturday, followed by a long brick on Sunday, of which I did not take part in.  Not after Saturday's smackdown on the bike.  But I'm getting ahead of myself.   Let's see how this past week unfolded.

Saturday:  100km on the bike - legs felt horrible.  Probably due to my massage on Thursday and the fact that I didn't ride at all during the week.  To add insult to injury, it was cold and windy for the entire ride. It's AUGUST and I was wearing armwarmers for the entire ride and a vest for the first half.  WTH?? 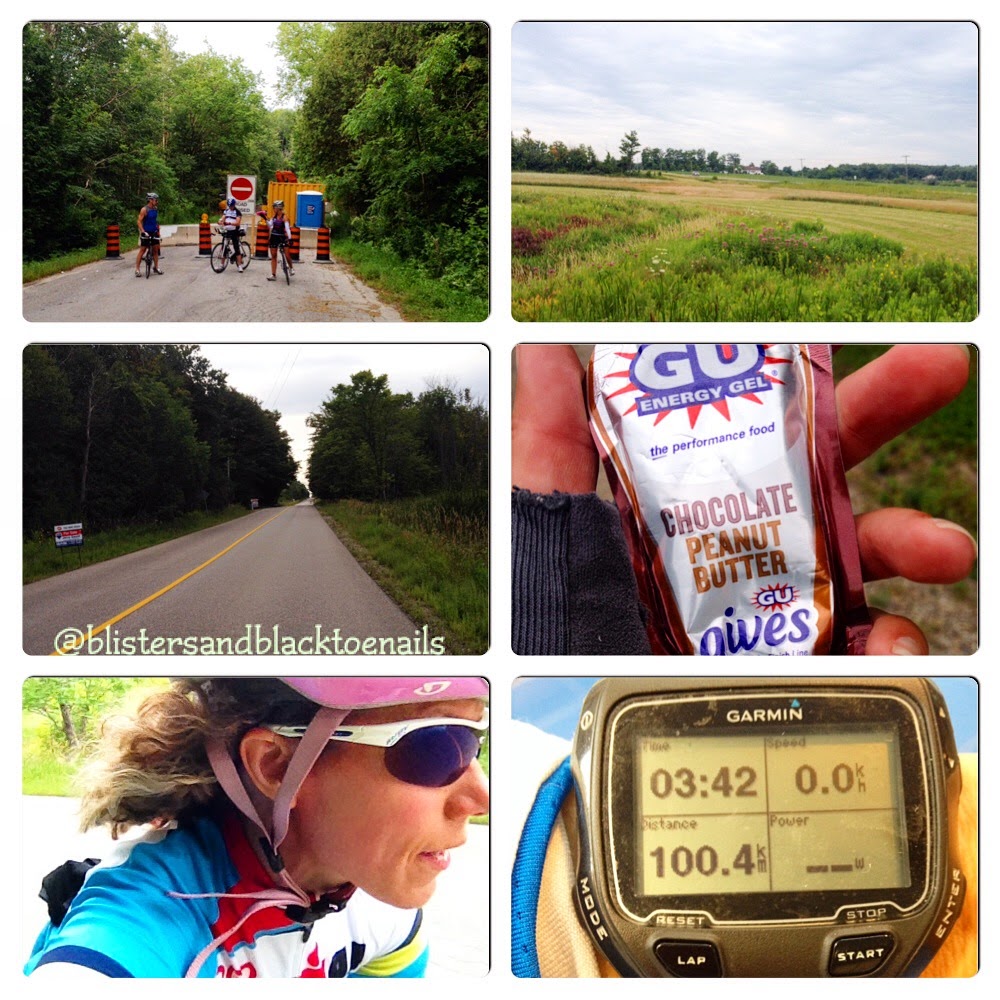 Sunday:  19km run.  Probably ran about 4km longer than I should have but I got into a good groove and actually felt ok.  Until I didn't, ha ha.  That was my longest run since my 70.3.  If I can keep my knees in decent working order over the next month or so, I should be in good shape for a fall half.

I'm close to hitting 300km of riding for the month of August so I'm going to try to get a ride in during the week as well as Saturday and then we're racing Toronto Island on Sunday so that should put me hopefully close to 400km for the month.  YAY!

On another note, I'm officially putting Scotty up for sale.  It's time for me to say goodbye.  We shared a wonderful 7 years together but we've grown apart.  I've changed as have my expectations in a bike.  So if anyone out there is thinking about getting into triathlon, or, has done a few triathlons and wants a new to them bike without shelling out a ton of cash, look no further.

The bike is a size small which roughly equates to a 52cm frame.  The specs are as follows:

I'm asking $1200.  Which is a pretty sweet deal for a full carbon bike!  I've put regular pedals with cages on the bike + there are also two water bottle holders on it as well so it's ready to go!

If you, or someone you know is looking for a good entry level tri bike (and they happen to live in southern Ontario), drop me a line: 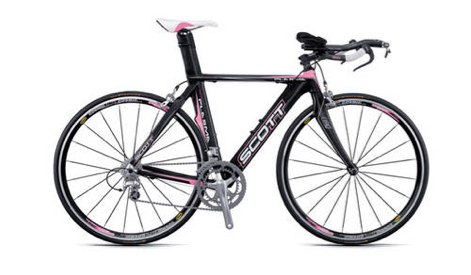 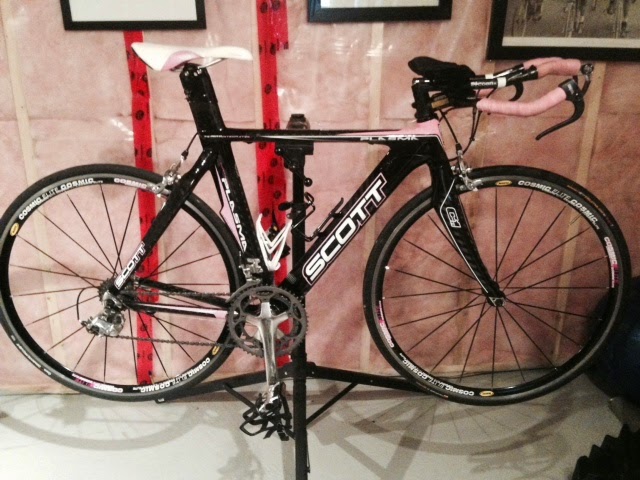 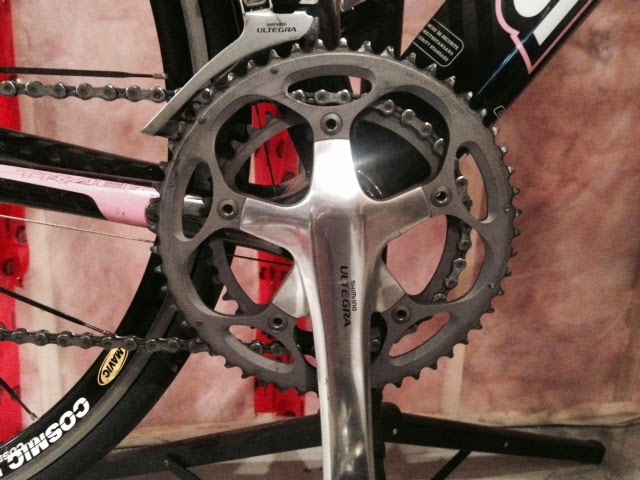 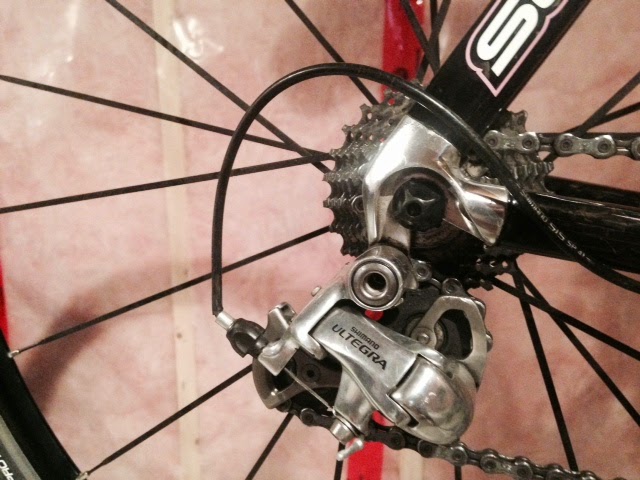 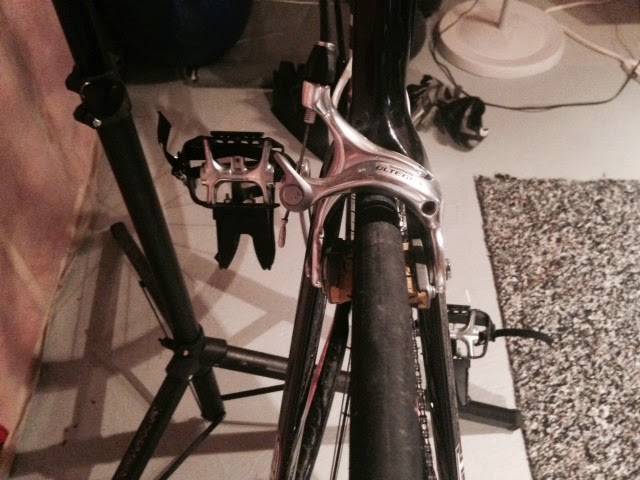 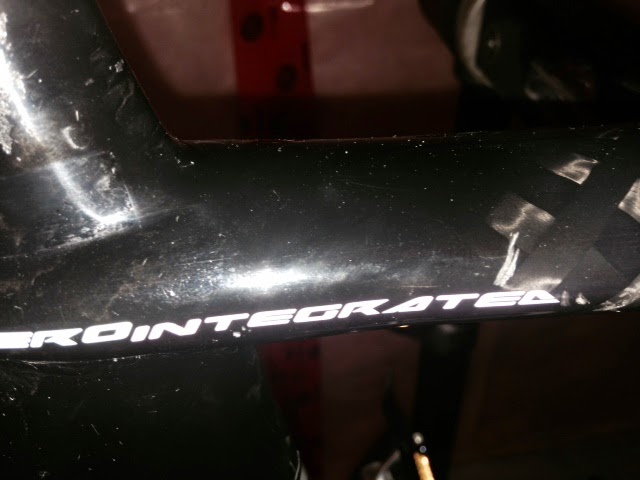 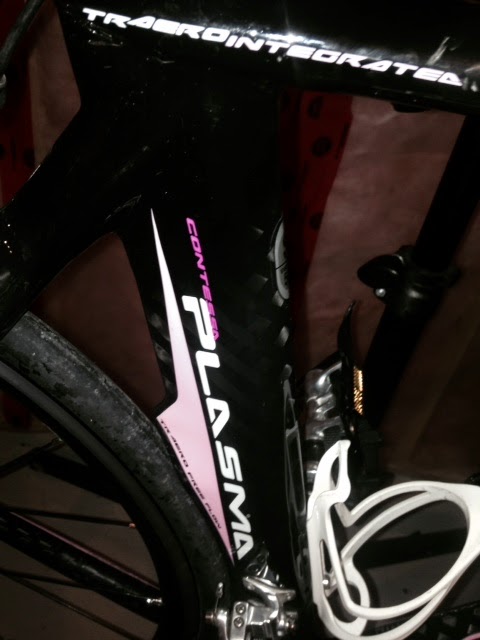 Posted by Phaedra Kennedy at 11:01 AM

Are you sad to sell your bike? I'm pretty attached to mine!

I'd love to buy it but I don't think I could take the boys to school with me for a month so I have to pay daycare instead.

That's one sweet deal! I got my bike on super sale for 1300 and yours has nicer components than mine!

Your bike sure is pretty! You are killing your workouts too--way to go!

Oh man, could you hold onto it for about a year? I would buy it in a second if I hadn't just bought a road bike a couple of months ago. My husband will object to me getting another bike until at least 12 months has passed!