A Busy Weekend & A Whole Lot of Upness

I am writing this post while lying almost horizontal on the couch.  This has been a busy weekend and I'm tuckered out.  Yesterday I did another TRX class and followed it up with a 3000m swim and a peppermint mocha.   That was followed up with some Christmas shopping.  I am happy to say that I am *almost* done.  Only a couple more gifts to go and then I'm good.  WOOHOO!  My credit card will be happy to see the end of the spending.

This morning, my friend David and a couple of pals from my run club joined about 40 other crazy like minded folks at tackled the infamous Marquis de Sade route that runs through the High Park area in Toronto's West End.  It's supposed to be 18 hills in 21km but the route is so confusing that people either miss a few hills or do more than they are supposed to.  I was in the latter group.  I ran 20 hills in just under 21km.  Ouch.  Good thing my hamstrings were sore from my TRX workout the day before.  Hopefully I'll be able to walk tomorrow, ha ha. 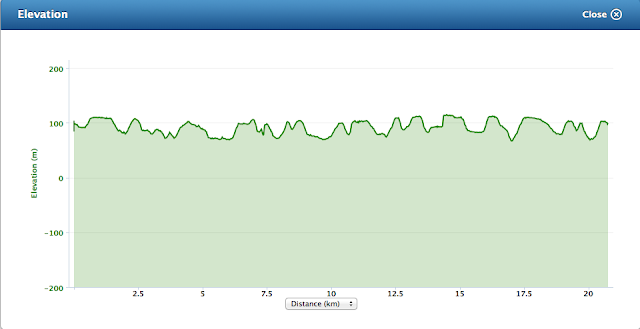 Technically this is a "race" so there were a few really fast folks from the Black Lungs that showed up.  Normally I'd try and hang on to the crazies but I told my friends I wasn't going to go nuts.  I saved that for the last 4km, ha ha.  It was nice to run with a group, even though we were really spread out.  And it was nice to really bust it on the hills.  My normal running route is really flat so this was a great change of pace.  Shockingly I only managed to take one picture.


David turned off to head home at about the 17km mark so after that I decided to drop the hammer and try and catch some of the folks out front.  My legs actually felt alright, which was surprising, so of course I let loose.  Those last 4km were really freaking hard.  And, I took a wrong turn based on some misinformation from one of the other runners.  Which added another hill.  Probably one of the worst hills on the route as well.  But I did it.  That was a whole lot of upness folks.

I got back to the store, stretched and waited a few minutes for the rest of the WTP crew to get back then it was off for coffee.  But not before we snapped a few pics.  Don't our shirts look awesome?? 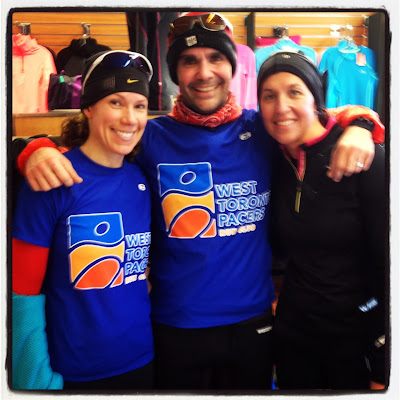 I had a muffin the size of my head and an Americano.  Both really hit the spot.  I had a recovery smoothie and a bagel when I got home and I'm actually feeling hungry again but I honestly don't feel like moving.   It's times like this when I wish I had telekinesis.  Or maybe a butler / manservant.  Maybe if I whine enough, G will get up and make me a snack.

Yeah right, who am I kidding  Football is on and he's under a blanket in front of the fire.

Maybe I'll just have a nap instead.

What kind of fun did you get up to this weekend?
Posted by Phaedra Kennedy at 3:42 PM

I dressed up as a hot dog today. that is all.

I love this run! I actually forgot about it this year and missed it altogether. Can't believe you ran it in that freezing cold yesterday!

I am so doing this next year even if I finish dead last. Well done!