The Root of the Problem

I'm still here! I've been struggling with my focus lately.  I feel like I've got too many irons in the fire and I'm not sure which one to pull out first.  I also haven't really had the time to sit down an properly WRITE.  So I've decided to put myself on a weekly schedule where I allocate ONE full day a week to writing.  Hopefully that will breathe some life back into this space!

If you follow me on Instagram stories, you will have seen an underlying theme for the last few weeks.  I have not been myself.  I have not felt like myself.  I don't know how else to explain it other than I felt "off" both in body and in mind.   The fact that my body has felt off has kept me from moving the way I would like to.  I have not been able to do much without some kind of pain afterwards, whether it be in my knees, my shoulders or my lower back.  My plan was to get back to lifting weights but I couldn't even manage to do that without pain.  I was starting to get incredibly frustrated and very discouraged.   When things you love to do start causing you pain, you start to feel a bit lost.

I went to see my osteopath and sure enough my pelvis was slightly twisted.  That was causing me to compensate elsewhere.  My osteo helped fix things and get me back to my normal but I knew there was still work to be done.   I needed to figure out what the root of the problem was.

Enter my friend Lauren, The Running Physio.   I needed someone that could assess things and give me the tools to get back to normal.   Given my complaints and my symptoms, she suspected that things were stemming from my lack of core activation.  The fact that I have had two abdominal laparoscopies also comes into play (I had endometriosis).  There was never any sort of rehab after those surgeries because they were considered "minor".  I would beg to differ given how long it took me to recover after my first one.  I never gave those surgeries a second thought.  They solved one problem but probably created another.

So in addition to the mobility work that I have been doing, I am now doing physio work.  I'm really trying to focus on the mind / muscle connection.  I know that probably sounds kinda hokey but it's really SO important.  Muscle activation is controlled by the brain and our nerves.  When a muscle contracts, that's your brain sending a spark through your neural pathways.  Generally we can feel a muscle when it's working, especially our larger muscles.   But sometimes we can't.  In those instances, I've found that putting pressure on the muscle itself will help trigger it to start firing.  I do this a lot with my left glute when I'm trying to activate it in a single leg stance.  I used to get a lot of funny looks when I did this at the gym, ha ha.  I didn't care, I was going to do whatever it took to get that sucker firing!


The physio work I'm doing is targeting my deep core muscles.  I'm not doing crunches or leg lifts.  Nope.  The movements are so much more subtle.  They have to be in order to re-program my body.  That's essentially what this is.  A giant reboot from inside out, ha ha.  In the week and a bit I've been doing these exercises I'm feeling much better all around.  I'm running better and I'm actually swimming better.  Amazingly I'm starting to be able to rotate in the water, which was a problem for me previously.

So here's to doing all the little things that will hopefully add up to a stronger and healthier me in 2018.  Cause I've got some goals to crush next year.  More on that in another post down the road.  Right now, I'm here: 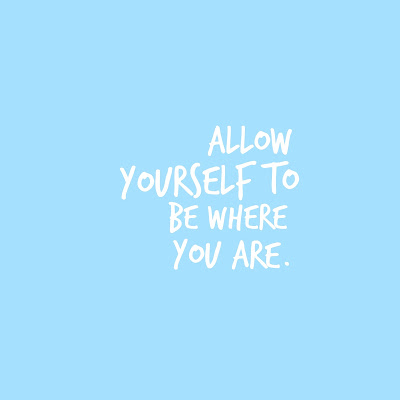 What little things are you doing to make you stronger?

Posted by Phaedra Kennedy at 12:49 PM