Well, I know I had vowed to post more often and I still have a draft folder full of half started posts but my brain can't seem to follow through with much these days, so here we go with another rambling post.....

Let me catch you up on "Life".

First off all, I just want to say that I never want to move ever again.  The next move I make will be in a pine box.  Seriously.  Moving is the WORST thing ever.  That being said, I'm happy we're finally in our new home.  I"d love to say that the move went really well but that would be a big fat lie.  It was probably the biggest gong show we've experienced in long time.  The actual moving day went really well, it was the days that followed that were filled with unexpected surprises of the costly kind.  Not the kind of surprises one likes to have.

I don't know the exact measurements of this room but it's huge.  We're actually going to need MORE furniture to fill it out.  That wall unit was the bane of my existence.  It was one of the reasons I hated this place the first time I saw it.  Our realtor tried to convince us that it would look good painted white.  No.  Way.   It's not even remotely a style that G and I like.

We had painters coming in so we had to get this wall unit out sooner rather than later.  Thankfully G's sister and her husband stopped by so we put Ron to work.   Within 45 minutes the monstrosity was down.  $600 later, the junk guys took it away.   Along with the horrible range hood from the kitchen.  G didn't go with it, ha ha. 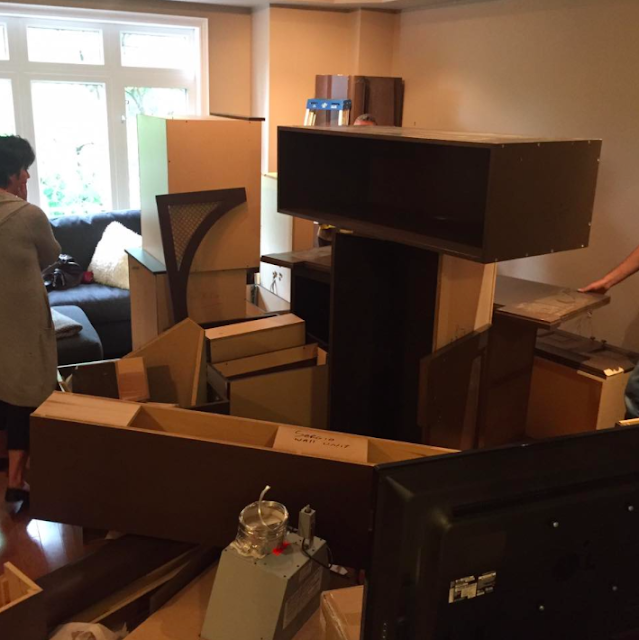 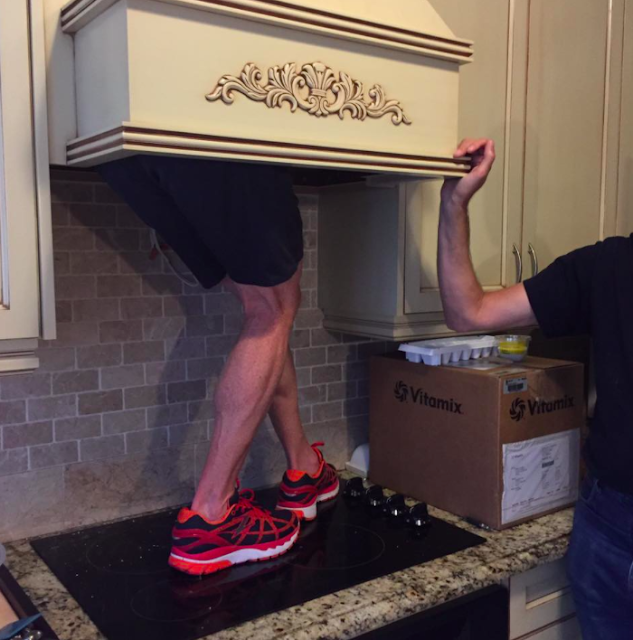 These two things were what we thought were going to give us the most trouble and they turned out to be the easiest.

The bigger issue came with the appliances.  G works for GE (General Electric) so we get a pretty good deal on appliances.  So of course, G wanted to get all new appliances for the new place.  We measured everything TWICE.   All the appliances come on Saturday and we proceed to move them in to place.  Except that the fridge didn't fit under the upper cabinets.

It was off by centimetres.  G was on the verge of a meltdown.  I could see it in his face.   He never has a meltdown.  That's usually my job.  So I told him not to worry, that we'd figure this out.  That's what I do.  I problem solve.  I took a look at the cabinet and could see that it was a single unit within a frame so we should be able to get it out.  That's when G's sister and her husband showed up.  Sure enough, about 30 minutes later, the cabinet was out and the fridge was in.

We then found a cabinet maker to cut and fix the doors and re-mount the cabinet.  $750 later (OUCH) we have a cabinet above the fridge again.  YAY.

We replaced the range hood we pulled out with a new cabinet and all that was left was getting the microwave installed.  The guy shows up to do that and says, I can't install that the wiring isn't up to code.  UGH.  So we get an electrician in to fix the wiring.  $1200 later it's all good.

We thought everything was done.  We just had to get the remainder of the appliances installed (including the microwave), which was scheduled to happen last Friday, just before we left for vacation.  On Wednesday night G pulls out the old cook top and the oven.  Both things come out really easily.  On Friday the appliance guys show up and go to install the microwave.  They take it out of the pristine box and see that it's dented.  On the keypad no less.  Crap.  G gets annoyed.  They then take out the dishwasher and go to install that.  Turns out it's missing a pipe.  So it was missing the part when it was shipped.  G is getting even more annoyed.   The guys then go to install the oven.

They then tried to install the cooktop.

Both appliances are too small for the openings.   I called G after his series of texts.  He was in full meltdown mode because this set off a chain reaction of things.   Getting the oven to fit wouldn't be too difficult, we'd just need a carpenter to fill in the opening.  The cook top on the other hand was the bigger issue because the counter top is granite.  You can't really patch a granite counter top.  Which meant we were now replacing the countertop.  Which I'm ok with because I didn't really like other one.  BUT, dollar wise it's not something we had planned on doing just yet.

To top it all off, we let our painter know and he said he didn't want to paint the kitchen cabinets until AFTER the new counter top had been installed because there is a chance that during the removal, the cabinets could get damaged and he'd have to come back to re-paint.   So we'd need to replace the countertop before getting the kitchen painted.

So much for coming home to a finished place.

First world problems, I know.  Things could always be worse.

We spent part of yesterday running around trying to find a Benjamin Moore store so we could get swatches of the paint colours we chose for the kitchen cabinets so we could then match it with a countertop.  In case you're wondering, no one in Clermont carries Benjamin Moore.  We had to drive to Orlando for that.

But it's done.  We called our countertop guy and had him quote on a couple of options for us along with a new sink and a new faucet.  So far we're at $5000 for the countertop and sink.  I suspect the faucet will be another $600-$700.   I feel like every time we turn around it's something else.  At least we haven't heard from our painter and he's been working on the place since last Saturday so we can only assume that he hasn't run into any issues.  We are going to be coming to home to a place with no appliances other than a fridge and an old microwave so I'm not going to have anything to cook with.  But, I may just go in to the studio and spend an afternoon cooking a few things to get me through the week.

On the re-hab / injury front, Laura seems to think the pain I'm still having is coming from my glut, specifically my quadratus femoris and his surrounding friends.  I've been told to get back in the gym and strengthen everything up.  I think the injury to my left glut I had back at the end of February is at the root of all of this.    Laura thinks I may have torn something in there way back when.  All I know is that it's sore.  I ran 8km yesterday, my longest run so far and I pushed the pace for a couple of km and I was sore all day after that.   I felt a low grade burning sensation in my lower glut / upper hamstring area for the remainder of the day.  I am back in the gym and have been told to work on getting my hamstrings strong.  I hope that helps.  Honestly, I've been feeling like I won't get back to regular running.   I certainly don't feel like I'll ever get the speed I had back.  But that's a post for another day. 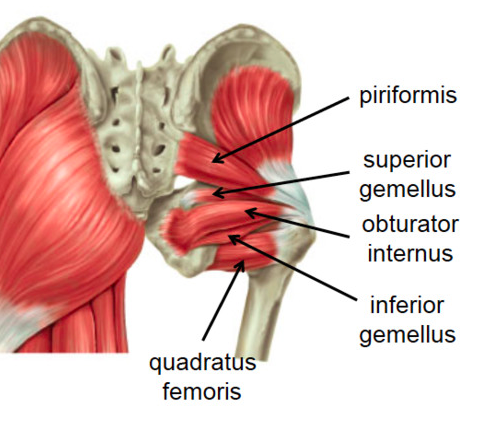 That little muscle and its friends are apparently the cause of my issues.  So it's back to the gym I go. And of course my therabands and I have become the best of friends.   At least I have time on my side because I suspect it's going to take a while for me to fix the mess I have become.

I will be really happy to close the book on 2016.  It's definitely been a trying year.  On the plus side, there are some good things in the works for 2017 but I will save all that for another post as well.  :)

Look at that, I now have two more posts that I can write and hopefully not keep saved in my drafts folder, ha ha.

Who else is looking forward to seeing the end of 2016?


Posted by Phaedra Kennedy at 8:52 AM