Monday Musings: The Next Adventure

I hope everyone had an awesome Canada Day!   We didn't get up to much on the Saturday.  The weather wasn't awesome and, it was the first day of The Tour de France so that meant I stayed in my pjs in front of the TV until 11 am, ha ha.  G went for a run, I did some laundry and we went for a cappuccino.  I spent the afternoon working on training plans and I was in bed asleep by 10:30 after watching a few fireworks from our living room window.

Yesterday we hit the road with Morning Glory for a 130km ride.  Might have been a wee bit ambitious a week after my half Ironman but I managed alright.  Today I'll probably head out for a short run.  G is out riding with Morning Glory again.  I didn't think that back to back 100+km rides were a good idea so I passed on that.  And I was cooked after yesterday's ride.  It was my longest ride this year. 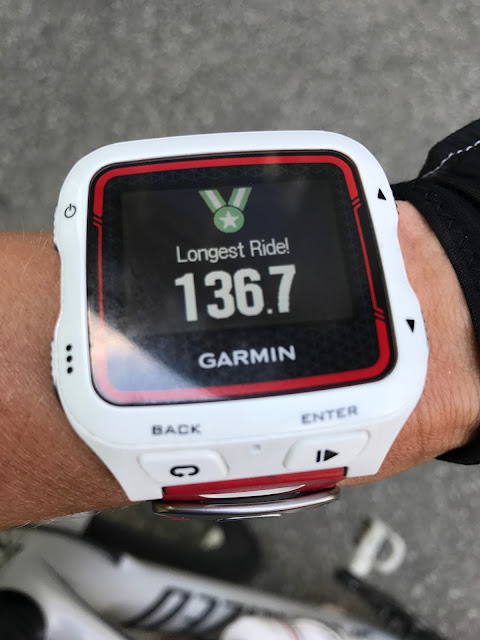 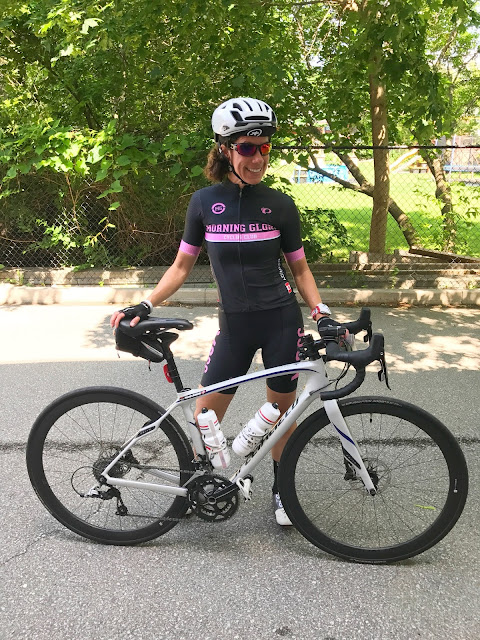 Those of you that have been reading along regularly have seen me make mention of another adventure but I haven't really gotten into it much.  This other adventure is happening this weekend.  What is it you may ask?  Well, G and I are participating in the Canada Man Extreme Tri.  It's an unsupported Iron distance race (3.8km swim, 180km bike, 42.2km run), much like Norseman or Celtic Man.  This race is taking place in Lac Megantic (remember that horrible train crash years ago?).    We're part of a relay team called Blood, Sweat and Beers, ha ha.  My friend Lauren and her husband Wade are the runner and the cyclist respectively and G is the swimmer.  The runner requires a guide for the last 8.5km so that's where I come in.  I will be running with Lauren up to the top of Mont Megantic.

The race starts at 4:30 am - IN THE DARK.  Yup, G has to swim 3.8km starting in the dark.  No bloody way would I do that.  Swimmers are required to wear a strobe light on their swim caps so they can be seen.  The race is point to point to point, which means I'll have to get up when G gets up, take him down to the swim start where they have a ceremonial walk to the start at 4:00 am.  He'll get in the water and then I'll have to drive to the other side of the lake to pick him up.  We'll then head back to our hotel and sleep for a bit.  Wade will be on the bike for about 6.5 hours give or take.  There is 2500 m of climbing on this course so it's tough.   The run takes place on road and trail so I know Lauren will be fast on the road sections but slower on the trail sections.  She's guessing roughly 6 hours for the run.  There is 1200m of climbing on the run course so we will be covering a lot of hills.   That will be some good hill training for Lake Placid for sure!

I'm looking forward to getting back to regular training.  I took four days off this week post race.  I really needed it.  I was sore all day Monday and Tuesday and had planned on swimming on Wednesday but I was still pretty tired so I slept in.  I had a massage that night and was feeling so much better by Thursday but still wanted to give myself another day.  There's no such thing as being too recovered ha ha.  I got back into the pool on Friday morning and then I went out for a run with my friend Jo-Anne Friday afternoon.  It wasn't pretty.  My legs were still feeling a bit heavy so Saturday was another off day.

I don't think this week will ramp back up to regular volume just yet.  I'll ease back into things this week and resume the regular business next week.

If you're interested in following along on the Canada Man Extreme adventure, watch my instagram stories feed over the weekend.  I'll be posting regularly. 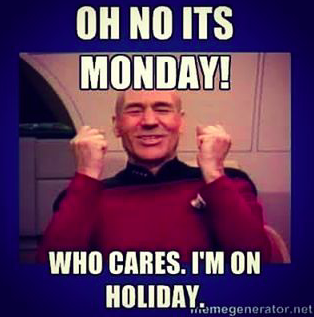 How did you celebrate Canada Day?  Who went down to the waterfront to see the big duck???

Enjoy your Monday - hopefully you have it off!


Posted by Phaedra Kennedy at 7:17 AM