These are a few of my favourite things.....Take TWO

It's been a long while since I've done one of these posts!   5 years to be exact.  Holy moly how things have changed, especially technology (look at my iPod shuffle, ha ha ha).   I'm still out pounding the pavement but I'm not listening to music when I run anymore (CRAZY!) and I'm spending a lot more time on my bike so there's some bike gear love in here too.  As a coach, I am always on the lookout for informative articles and videos so I'm sharing one of my favourite resources so without further ado, these are a few things that I either love (hello stroopwafel) or find incredibly useful, or both!

OMG.  What is a stroopwafel you ask?  It's a European thing, specifically from the Netherlands.   Honey Stinger was the first company to do these waffles and while I do like a few of their flavours, I am VERY partial to salted caramel anything.  At $2.59 a piece, they're a little more expensive than gels but they are a great option if you want something a little more substantial to eat without having to eat a bar.   I've also found the REAL stroopwafels in the odd European deli (once at a No Frills!) and they are way cheaper and just as tasty, however I strongly suspect that they don't offer the same performance benefits as one of these.... 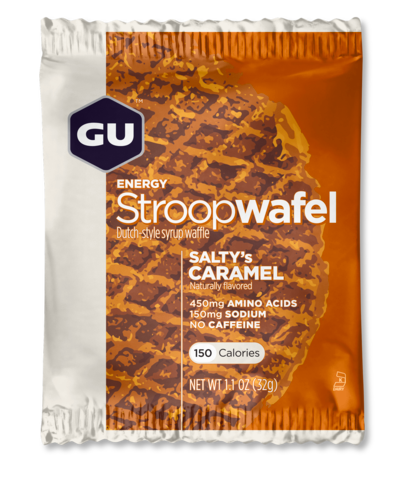 I discovered this website when I was rehabbing my knee problems a couple of years ago.  This site is FULL of free exercise resources for runners and triathletes.  James Dunne is the face of Kinetic Revolution.  He's the guy you see in all the videos.  He's a total "form nerd" and he will often analyze the running form of various pros in a step by step post, which is incredible to watch when it's broken down the way he does it.  The site also offers fixes to various running gait issues.  There is also an entire section on mobility and stretching.  I've found some great stretches on this site as well as some excellent exercises.

I just re-discovered this when we got back last week.  As of late I've found that my transverse abdominus (lower abs) aren't that functionally strong.  Meaning when I run, I don't feel they are engaging.   I think my core in general could use some waking up so I've taken to the balance board for a couple of minutes a day to work on engaging those muscles.  Not only does it work my core but it also works my legs and ankles as well as my sense of balance (which is horrible).    I figure I should start incorporating this sort of thing into my training given that I'm going be helping someone run 8km up a mountain in the dark in July.  My goal right now is to balance on it for 30 seconds unsupported.  I'm currently at 7 seconds.  Clearly I've got some work to do! 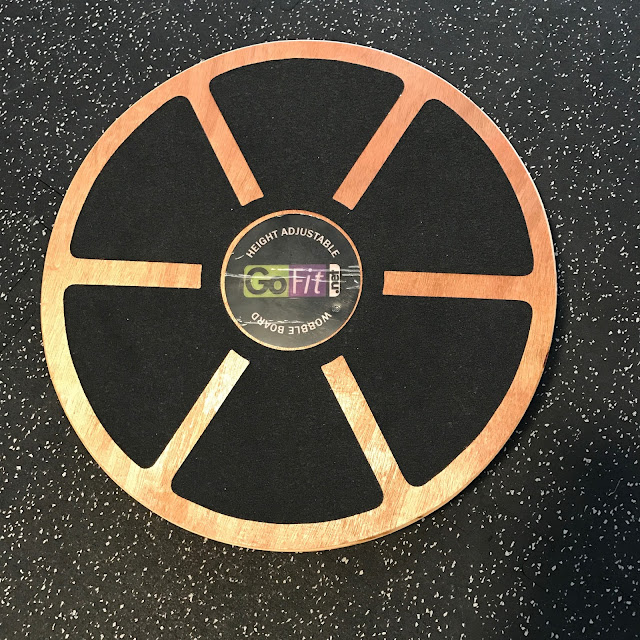 This was an afterthought purchase last year at Watts Up and it is THE BEST THING EVER for keeping all my cycling bits and pieces in ONE spot.  I used to have my arm and leg warmers in a bin with my running gloves and hats and other stuff or, in another bin somewhere else and inevitably I wouldn't be able to find them when I needed them without having to rip the house apart.  Now, I keep pretty much everything in this handy compartmentalized bag.  It even has room for bottles on either side.  AWE-SOME. 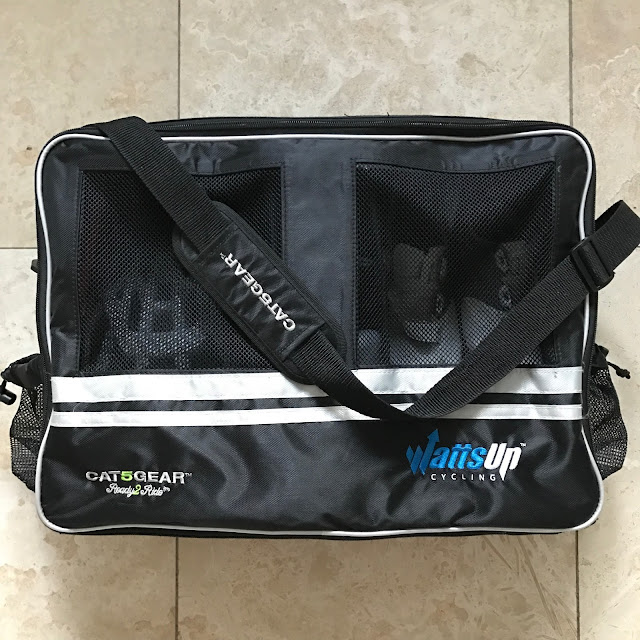 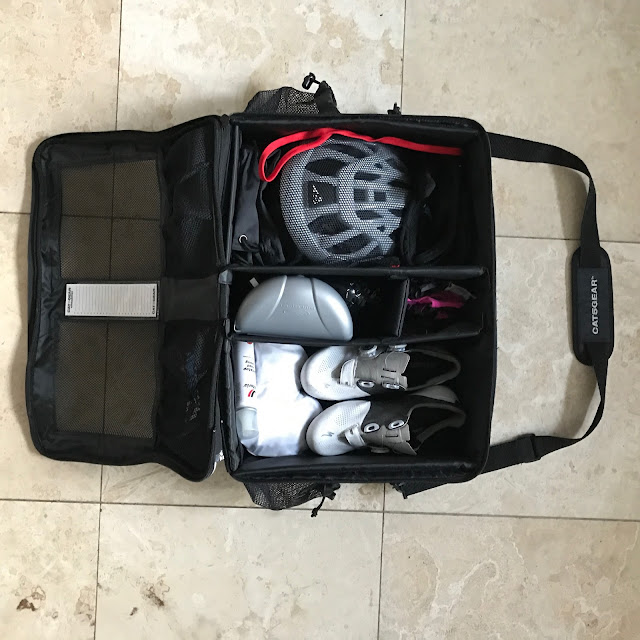 I wrote a post about these babies when they first came out.  Now that I'm back to running at dark o'thirty from time to time, these are back on my shoes.  I had forgotten how awesome they are.  What's even MORE awesome is that the folks at Night Runner have designed a new pair called the Night Runner Pro.  This is from the press release:

"Built for adventure, the Night Runner PRO is equipped with two ultra-light, rechargeable, 300 lumen LED shoe lights that easily attach to shoelaces. The patent pending, bi-lateral winged design features 270 degrees of visibility with two rear-facing red tail lights so the user is visible from all sides. The removable lithium-ion rechargeable battery pack allow for up to 10 hours per charge. Night Runner Pro will be the first in the industry to provide visual performance feedback through flash alerts by way of bluetooth/smartphone integration".


From the sounds of it, these are going to be great. The one thing that bothered me a bit on the originals was the battery life. I found that after a couple of morning runs I had to charge them again. These ones come with a removable battery pack vs. having to plug in the actual light. You can also purchase additional packs if you need longer battery life. I'm also very curious to see what this visual performance feedback is like. They've got a kickstarter campaign happening right now that gets you a pair for $55 USD vs. the $89.99 USD that they will sell for. Plus you also get a playlist from Doug and Renata, the company founders. There's an even better deal if you have a partner that's a runner or if you want to get a second pair for a friend - you can get two pairs for $105.

So there you have it! I promise I won't wait another 5 years before I do another one of these, ha ha.

What are some of your favourite things?

Posted by Phaedra Kennedy at 9:33 AM