Well, here we are.  Monday again.  Our first week back home was a fairly busy one.  I still haven't finished unpacking my suitcase.  Does anyone else do that when they come back from holiday?  Every time I go to the spare bedroom, I grab another handful of clothes from my suitcase and put them away.  At this rate I should have my suitcase unpacked by the end of next week.  :)   Then maybe I can tackle all the remaining boxes that we have left to unpack.   I had completely forgotten that we still hadn't fully settled in to the house before we left for Florida.  So that is on my list of things to tackle this week.

Last week was all about finding a new routine.  I'm not getting out and riding 90km mid week anymore and although Morning Glory has started with their morning rides, I'm not ready to get up at 4:30 to ride in the cold and dark just yet.  The weather was pretty crappy last week.  That being said I did meet up with my running buddy on Tuesday and that run ended up being a very soggy one.  Wednesday was nicer so I actually went out for a ride mid-morning but that was about it.  Once the weather gets better, things will change.

During the last couple of weeks in Florida, I could feel some tightness happening in my left glut.  I made sure I stretched my gluts and hips but probably not as often as I should have.  I also took the accuball to my hips but again, probably not as often as I should have.   I would start to feel numbness when sitting for prolonged periods of time.  Sometimes I'd feel tightness and soreness in my glut when riding.   I knew I was scheduled for a massage when I got back so I figured that should help and if it didn't I'd go and see my ART guy.  I had my massage on Thursday and when I got up Friday morning my left glut was so sore and irritated.  It hurt for me to sit and standing wasn't that much better.  It was throbbing and aching so I called my ART guy for an appointment and got in for Tuesday.  I iced it and took an Aleve.  The Aleve did nothing, I would have been better off taking a Robaxacet.  The ice seemed to help.  I got up on Saturday and felt ok so G and I opted to go for a cruise down to the old 'hood.  Halfway through the ride I could feel my entire left glut aching.  And it was into the upper hamstring, right where I had torn it last year.  Of course my mind starting going down that "there goes my season" path again.  I was self diagnosing all over again.   Surprisingly after the ride I felt fine which made me feel a bit better.  I'm now hyper aware of any sort of tingling in my glut / hamstring.  As I sit and write this, I can feel soreness and a slight burning sensation in my left glut.  I'm really hoping it's just a very tight piriformis muscle.  I'll have a better idea tomorrow.  For now, I'm icing and rubbing arnica oil on it and will try to resist the urge to get on my bike today because it's supposed to be freaking GLORIOUS out.

I had originally wanted to ride with Morning Glory on Sunday but figured 100km with an irritated butt wasn't a good idea so I thought I'd swim.  Well, Mother Nature had other plans apparently.  I had cooked some salmon for dinner the night before and I think the piece I had was off.   I only had a few bites but that was enough to upset my stomach.  I woke up at 2:00 am and my stomach was churning. I got up again at 5:30 and took a Tums.  Up again at 6:30 to get ready for swimming and I was so exhausted that I fell asleep on the couch and skipped swimming.  I went back upstairs to bed and watched a couple of episodes of Ray Donovan and fell asleep again.  By about 9:30 my stomach stopped churning and I thought I'd try to eat something.  I had some plain oatmeal with a little bit of maple syrup.  That was fine.  I then had some coffee.  Also fine.  My stomach still didn't feel awesome but at least I had somewhat of an appetite.  I'm still not 100% but I'm definitely better than I was.  I may have to take some probiotics to balance things out.

All that to say that this wasn't a very exciting week of training.  This is the first real kind of setback I've had so I'm being REALLY cautious.  I DO NOT want a repeat of last year.  Ironically I'm getting close to the "anniversary" of my injury so if it means I have to chill out for a couple of weeks to be safe, then that's what I'll do.  I have resumed my regular hamstring rehab routine as well.  It went by the wayside over the three weeks as did pretty much all my strength training.  But I managed to get back to the gym twice this past week.  Woohoo!

Speaking the past week, let's take a look at what went down.  Not a lot as evidenced by my lack of photos. 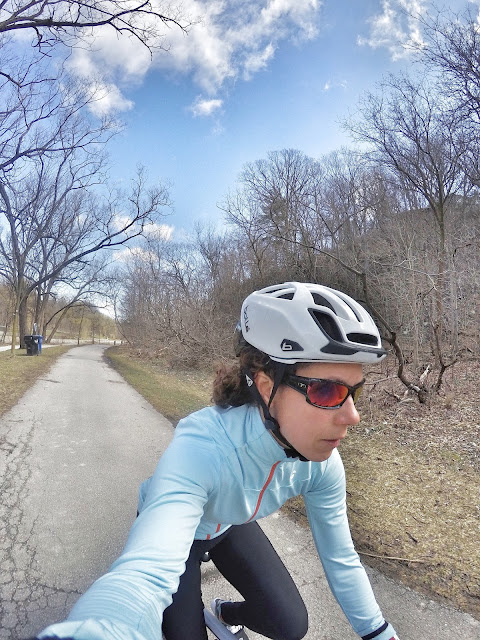 Thursday:  30 minutes of strength work.  Today just wasn't a day that was conducive to getting anything done.  I'm not sure why.

Total time:  6h 59 minutes.  Definitely a big change from the previous week but I clearly needed the down time.

How was your week of training?  Does it take you a few days to unpack a suitcase or do you just get it done?

Here's some Monday Motivation for you...... 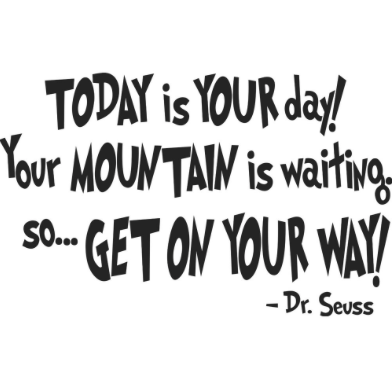 Make it a good one!
~ Coach PK

Posted by Phaedra Kennedy at 9:13 AM