Happy Family Day to all my friends and family back home!  From what I've heard, the weather has been absolutely lovely there these last few days.  Hopefully it continues!  It's Presidents Day here so it's also a long weekend, which means that G is off work.  Once the fog burns off, we're going to take our tri bikes out and do some group TT practice with my friend Dee, her hubby, her brother in law and two of our local friends.  I may even do a run off the bike!

Once again I seem to have fallen into the once a week post.  Which is sad because I've still got a bunch of posts in my draft folder.   I have so many things flying around in my head that I want to "get down on paper" but I can never seem to sit still long enough to get things out.  It looks like we're going to get some rain this week so perhaps I'll spend a few hours writing vs. riding.

This past weekend we played tourists again and went back to Daytona to watch a couple of races.  We went to watch the Arca race and The Clash.  The Arca race went off without a hitch.  The weather was slightly overcast and the rain held off.  It actually looked like it was going to clear up as well.  We bought passes to be able to go over to the garage side and check things out so after the first race, we went over there and wandered around.  We got to see the pit crews working on the cars, we watched a few go through inspection.  Inspection is serious business.  It was pretty cool to see all the behind the scenes.  The passes we bought allowed us out on the infield for driver introductions which was fun.  People go nuts for their favourite driver.   I took a ton of pics.  Here are a few. 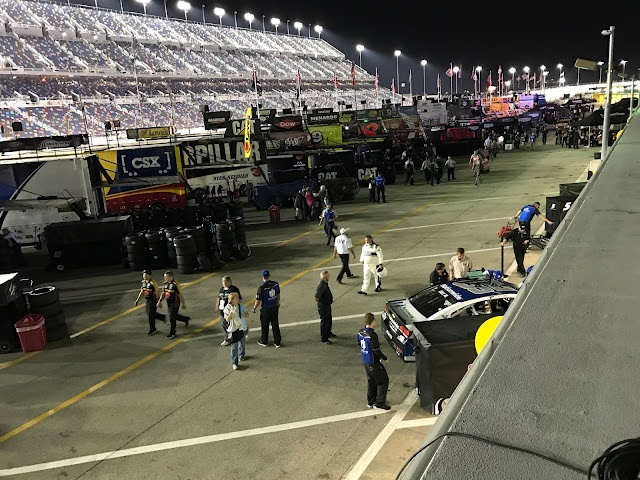 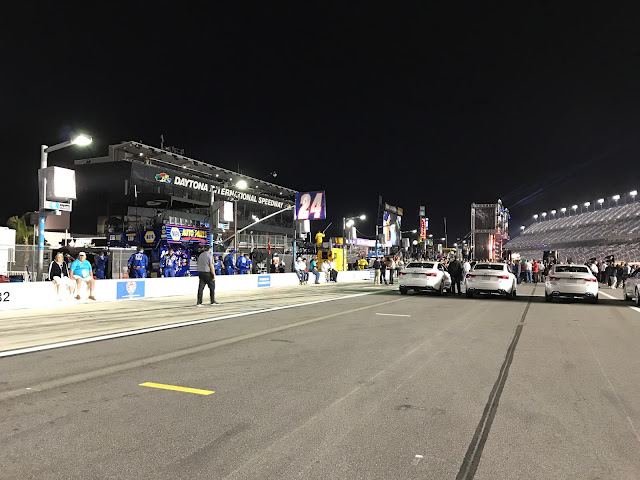 As the drivers were doing their drive by, it started to rain.  You can kinda see it in the pictures.  It wasn't too heavy just a light drizzle.   We made our way back to our seats and then the rain started to really come down so we went back inside.   The race was supposed to start at 8:24pm.  It was pouring at that point.  They had the track driers out trying to dry the track but it just wasn't happening so at 9:30 they called the race and rescheduled it for 11:30 the next morning.   We had planned on staying the night anyway since it's about 90 minutes from Clermont to Daytona.   When we got up the next morning it was overcast and cloudy.  The forecast called for sun and clouds by 11 am.  Sure enough, that's what we got.  It also go REALLY hot.  I sweat buckets sitting in the stands. 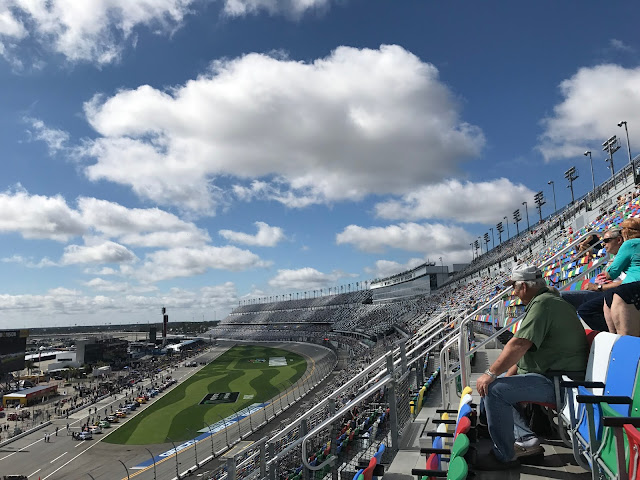 The race was fun and LOUD.  I took a few videos but can't figure out how to get them to load properly on here.  All the crazy action happened in the last lap of course but it was still pretty exciting.  Check touristy thing #2 off our list!  Next up will be a trip to Clearwater Beach in a couple of weeks for my birthday!

In terms of training I had a pretty big week.  That being said, there are still a few red boxes in my Training Peaks account.  Yup, those are both runs.  My mileage goal last week was a whopping 15km of running and I couldn't make that happen.  I had one of those runs scheduled earlier in the week but I shuffled things around so I could ride with Dee.  My goal for the rest of my time here is to average between 200-250 km per week on the bike.  Which means my running is going to probably net out at roughly 20km per week max vs. the 40-45km per week I was running.  Once I get back home, the cycling mileage will be dialled back a bit and I'll be able to bring up my running mileage a bit more.

I've been making a concerted effort to get to the gym at least twice a week and I can really feel that's been paying off.  My legs are starting to feel strong.  I even managed to hang on / pull in the Centre Hill ride last Thursday.  Sure I died towards the end but I think that was due to improper fuelling post swim.  I'm going to change things up this week and see how I fare.

This is how my training rolled out this past week:

Wednesday:  81km ride with Dee and some of our local friends. 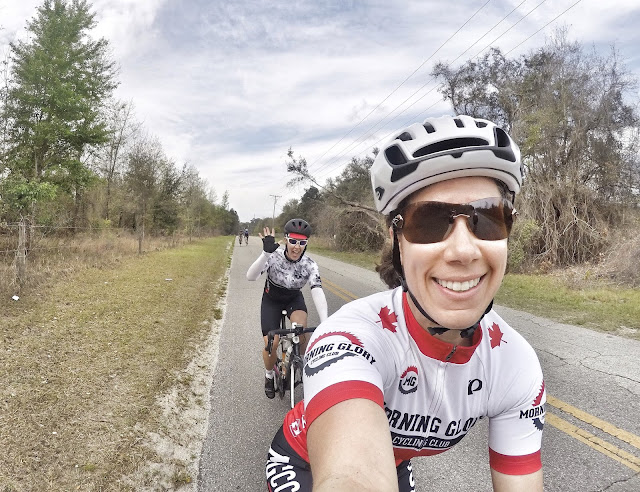 Thursday:  2500m swim (Garmin was way off due to running in and out of the pool), followed by a 90km hammerfest on the bike.

Friday:  Just over 60 minutes of strength and physio work at the gym.

Saturday:  84.7km with the Cycling Hub, one of the local bike shops here.  This was a super hilly ride. 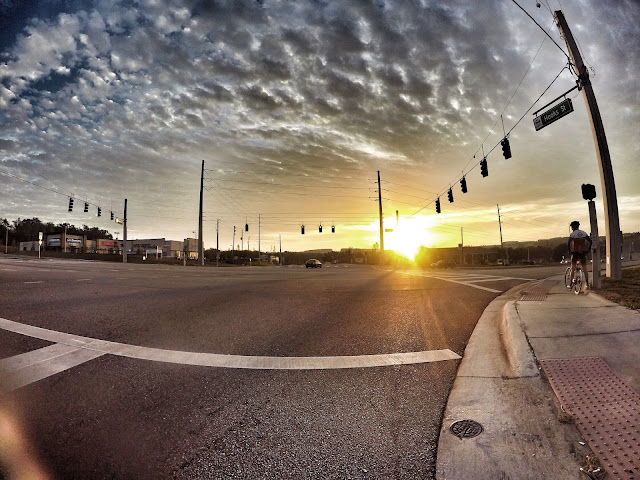 
"It's Monday, the perfect time to reboot your mind and have a fresh start"

How are you spending your holiday Monday?

Posted by Phaedra Kennedy at 8:41 AM