Monday Musings: One Week In

Here we are, Monday again.  We've officially been here for just over a week and I can safely say it feels like longer (not in a bad way!) We settled into somewhat of a routine fairly quickly and I'm finally figuring out where things are.  The last time we were here, I kept getting so turned around in terms of directions and where everything was located.  This time I seem to have my head on a bit straighter, ha ha.

G had said that he wanted to make sure that when we were here we were going to do more than just train and I agreed.   We want to travel around Florida, do some touristy things as well as a lot of exploring.   So we started that adventure on Friday night by heading down to Orlando to watch the Magic play the Raptors.  We had great seats save for the fact that we were seated DIRECTLY behind the net which made it difficult to see any play that was happening in the middle of the court.  We were pretty much surrounded by Raptors fans which was nice.  The game was painful though.  The Raps lost and didn't play well at all.  But it was still a fun night out. 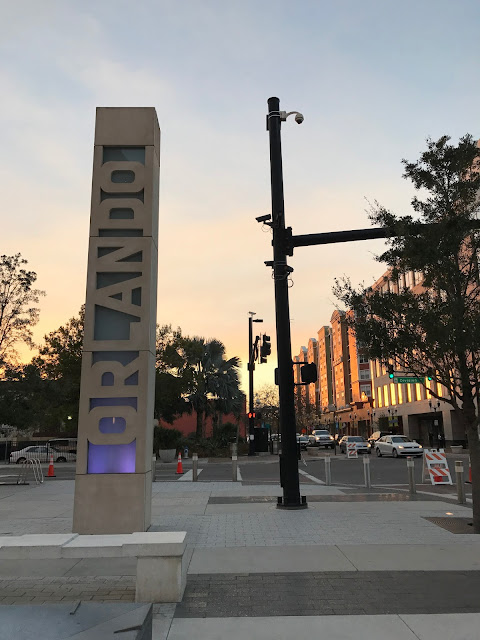 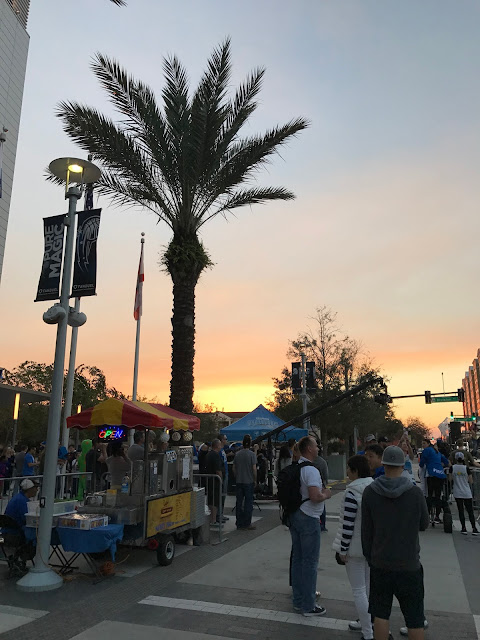 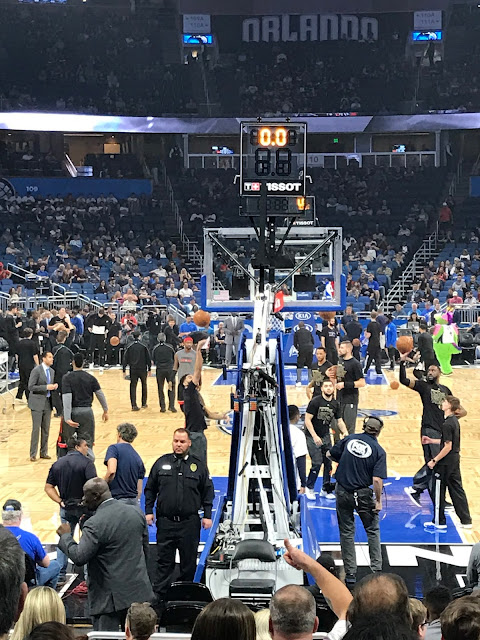 Saturday we packed up and made the drive out to Daytona, which is about 90 minutes away from Clermont.  I was racing the Daytona half on the Sunday so we opted to go out the day before, pick up my race kit and look around Daytona.  It was cold (for the beach) and super windy.   I got my race stuff and then we went into the box office to see about getting tickets for "The Clash" (which used to be called the Bud Shoot Out) that was happening in a couple of weeks.  We would have liked to come back for the Daytona 500 but G is going to be away for work that weekend so this was the next best thing.  We poked around Daytona, drove all the way down that part of the coast as far as we could go, saw some AMAZING homes and then turned around and looked for a place to eat.

Sunday was race day and I will have a race report up on the blog in a couple of days so stay tuned for that.  On our way home from Daytona we drove to Cocoa Beach to check it out.  I'm going to be spending part of my birthday weekend there with some of my girlfriends so I wanted to get a sneak preview before they arrived.

G and I also joined a swim group for the next month.  If I swim with people I know I'll work harder than I would on my own so we joined the Swim Like A Pro group that swims at the NTC on Tuesday and Thursday mornings.  Tomorrow will be my first swim with them.  I'm looking forward to it!

This was a pretty laid back week of training as I was tapering for Daytona.  I still had a pretty decent week though.  Now that I've gotten my run distance up, I'm going to dial the running back a bit and focus on cycling.  My friend Dee is here right now with her husband and both of them are super strong riders so I'm hoping I can go out and ride with them every so often.  There are also group rides that go out from one of the local bike shops early on Saturday mornings and there's also a Facebook group of triathletes that seems to organize things on a fairly regular basis so it looks like I'll have plenty of options.

Anyway, this is how my week rolled out: 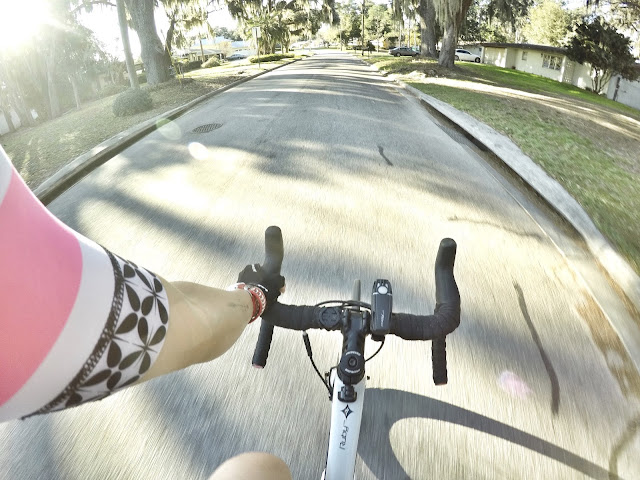 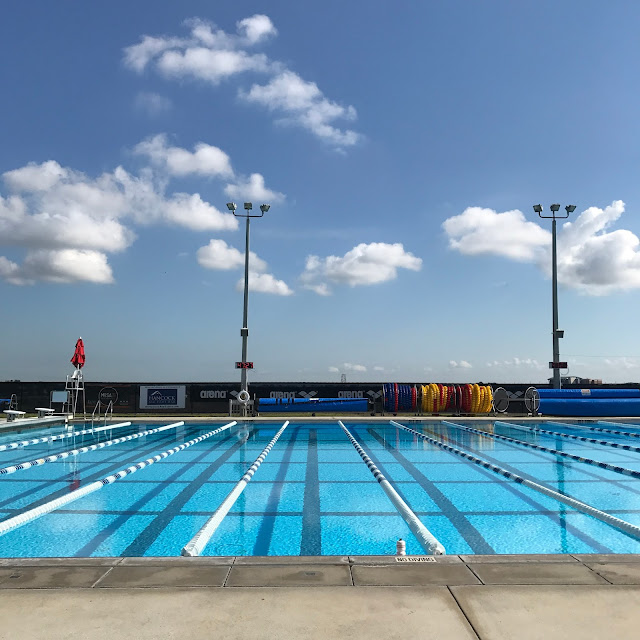 Pretty solid week for a taper week!  I suspect that this week won't be too crazy given how sore my legs are today, ha ha.  I'm definitely looking forward to getting on my bike over the next few weeks!

Posted by Phaedra Kennedy at 10:40 AM