What I've Tried: Endurance Tap + Another Giveaway + A Winner

The first order of business is to announce the winner of the Momentum Jewelry discount code... 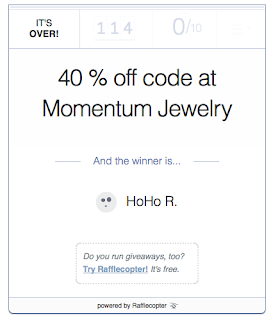 Congrats Holly! Watch your inbox for your discount code.

Just as one giveaway ends, another one begins!  C-R-A-Z-Y!

I've been waiting to share this review and contest for a while but wanted to wait until Endurance Tap was available in the US.  Good news!  The awesome folks at Endurance Tap are now distributing in the US so this contest will be open to residents of Canada and the US.  Woohoo!

I'm sure some of you are wondering just what is Endurance Tap?  It's a fuel source (like a gel) that is made from maple syrup, ginger and sea salt all packed up into a handy, easy to use package.  Oh and did I mention it's delicious?  Of course it is, it's maple syrup!  I'm almost tempted to try it on pre-run oatmeal or pancakes it's that good.

As a coach I often get asked about fueling and products I'd recommend so I make a point of trying new things.   I have a stomach of steel when it comes to sports nutrition.  Not much upsets my stomach, so I'm never hesitant to try something new.   Fueling is such a personal thing.  What may work for me, may not work for you.  I was excited to get the opportunity to try Endurance Tap.  I had heard about them through various Social Media channels and I thought the product sounded like a great alternative for people looking for a more natural fuel source.

Endurance Tap was started by two friends, Matt & Pat who are both endurance athletes.  They became frustrated with many of the "natural" fueling products on the market and decided to take matters into their own hands.  Being Canadian, they tapped into one of our country's greatest resources - maple syrup.  And Endurance Tap was born.

Endurance Tap is different from the usual gel products on the market in that it is a pure, whole food product.  It is not derived from anything.  Most energy gels are made with maltodextrin which is technically an additive and is usually derived from corn.   Maltodextrin can cause energy spikes, which isn't a bad thing if you feel like you want that jolt of energy at the end of a race.  If you're doing a long distance race it makes more sense to have an even energy release so you avoid the spikes and crashes in energy.  Maple syrup delivers an even energy release.  The addition of ginger aids in digestion.  Ginger also calms the stomach.   Endurance Tap has high levels of potassium, iron, zinc, magnesium and maganese.  All good things in aiding the prevention of cramps as well.

I used it on a 2 hour indoor trainer ride in conjunction with my normal hydration products and I never felt my energy levels flag.  I also no stomach bloat afterwards (I tend to have a bit of bloating using other products).   As I mentioned before, the taste is great, you really can't go wrong with maple syrup.  I never noticed the ginger at all, and I think the addition of the salt tempers the sweetness of the maple syrup perfectly.

Texture wise, it differs from most gels in that it is much less viscous.  We all know how easily maple syrup pours out of a bottle. This is no different, which would be beneficial to those folks out there that don't like the texture of gels.  It's easy to swallow and you don't necessarily need to chase it with fluid.

The packaging is so much easier to open and use versus normal gel packaging.  If you don't take the entire gel all at once, you can screw the cap back on and avoid getting covered in a sticky mess.  I can't tell you how many times my hands, gloves and pockets have been covered in gel goo because I haven't taken a whole gel all at once.   Definitely a well thought out design! 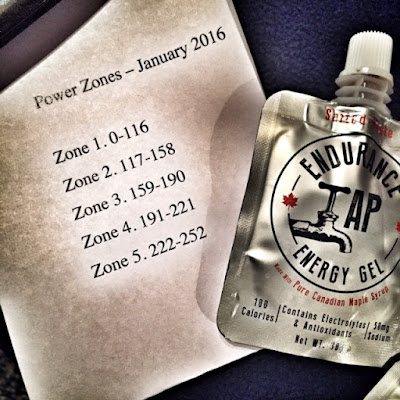 Thanks to the guys at Endurance Tap, THREE lucky readers are going to get the chance to win a 6 pack of this tasty gel!

Contest is open to residents of the US and Canada.  Contest closes at midnight on Tuesday March 15th.  Entry is as simple and clicking the Rafflecopter giveaway below.

Have you ever tried fueling with a natural product?  If so, what was it?


Disclaimer:  I was provided with product in exchange for an honest review.  All opinions are my own.
Posted by Phaedra Kennedy at 10:35 AM