How Complacency Made Me a Better Athlete

"Great things never came from comfort zones" or so the saying goes.   This is something that took me a while to learn.  For years I played it safe with running and triathlon.  I never ventured too far out of my comfort zone.  I did the same thing day and day out and wondered why things never changed.  I had always thought I could do better but never really pushed myself too hard.  Hard work made me uncomfortable.  I was happy being comfortable so I got complacent in my ways. 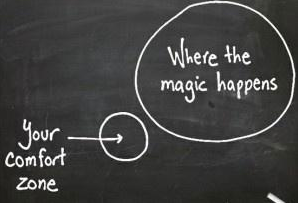 Sometimes it takes a low point in your life for you to decide to make a change.  To stop being complacent and take that first step outside your comfort zone.  That low point happened 7 years ago when G and I tried to start a family.  I had stage 4 endometriosis which had ravaged my reproductive organs.  The chances of my body ever supporting life were slim.  Long story short, after 2 years of trying the fun way and via IVF, we threw in the towel.  It was a heartbreaking decision.

In the months following,  I lost myself in my running.   Running and physical activity in general, had taken a back seat while all of that was going on.  Now, it became my solace.  A poorly executed attempt at a second B.Q came a few months later.  That's when I finally said Fuck It.  It's time for a change.  I had to stop being complacent.

When life hands you lemons, turn around and make lemon-aid right?

I decided to change things up.  I NEEDED to change things up.  I joined a running club and took those first steps outside my comfort zone.  I hit the gym and actually started lifting weights again.  I lost 20 lbs and got that B.Q I had wanted.  I decided I wanted to get back into triathlons again and tackled a half ironman.  I've raced my butt off every summer since then.  I've learned that getting better requires hard work and a lot of time spent outside my comfort zones.  Complacency won't get me closer to my goals.  Every year I've tackled something that makes me uncomfortable in the quest to be a better athlete.

I could never have imagined the friendships and the successes that have come because I decided to take that first step.   It's filled me with a confidence and passion that I never realized I had.  Complacency has no place in my life any more but without it, I wouldn't be where I am today.

Thanks to Deb at Deb Runs for the Wednesday Word Link up!

Check out Deb Runs every Wednesday for a new word prompt!

Has complacency changed you?

Posted by Phaedra Kennedy at 9:12 AM