Hello People of the Interwebs!  I'm alive.  Back from holidays and trying desperately to catch up on work and get back into some kind of routine.  My body was pretty tired after Eagleman so I was happy to take the week off of any sort of workouts.  I just enjoyed relaxing, some shopping, a fair bit of walking around and lots of exploring.  Oh and eating and drinking of course.


We got back home around dinner time on Friday, unpacked and lounged around.  Of course the first thing I did was watch the season finale of Game of Thrones.  WTF.....AHHHHHH!!!!!   I was going to have the Game of Thrones beer that I bought but opted to save that for another day. 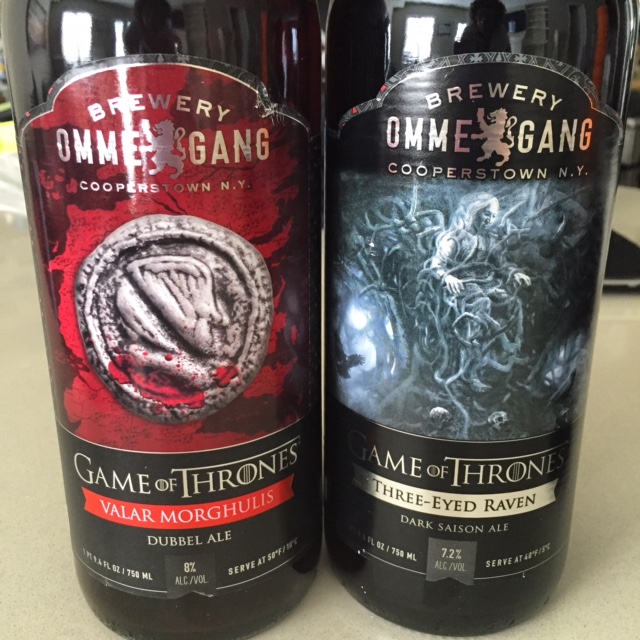 We did a ride on the Saturday, I went for a disastrous run on Sunday and got back into the pool on Monday.  Then I had two crazy long days at work.  Yesterday I went back to the gym after taking 5 weeks off lifting.  I'm a bit sore today.  I was going to swim this morning but opted to sleep in as I had a massage last night and felt that sleep was the best option.  Besides, I'm going to be getting up stupid early tomorrow because G and I have signed up for another race.  He's doing his first off road triathlon tomorrow and I've decided to do the 12km trail run they have happening as well.  Whether or not that's a good idea a week before the Muskoka 70.3 relay, remains to be seen.  I had planned on doing a run anyway so now, it's just going to end up being in a race.  I don't suspect I'll go that fast since it's on trails so that's perfect.  As long as I don't hurt myself, I should be just fine.

I'll start to ramp things up again after Muskoka 70.3.  I don't have any more long distance triathlons (just short course for the rest of the season) but I do have a 125km ride that I signed up to do in September as well as the Scotia Half in October.   So I won't be sitting on my duff for long.  I'm actually going to join Morning Glory Cycling club to work on improving my bike even more.  I also want to learn to be more comfortable in a pack.  I'm always a bit nervous when I'm around other cyclists so this should help with that.

Another little tidbit of info for you - Tri Talk Tuesday is now bi-weekly.  So next week we're back and we're talking about wetsuits.  If there is a topic you'd like us to discuss, send me a note phaedrakennedy (at) sympatico dot ca

Hope everyone has a spectacular Friday!!!
Posted by Phaedra Kennedy at 11:53 AM

Sounds like a good off-week. I have been recovering from Mont Tremblant. Haven't done much of anything. Lots of sleeping and trying to get back into normal eating after lots of travel in the past month. Good luck with the trail race!

Looks like you enjoyed your trip! Take it easy on yourself...don't go crazy at the 12k.