I can't believe that in less than 12 hours we're going to be on our way to the airport to begin our European adventure!  Normally I'd post this on Monday but given that we're going to be in transit for most of the day, I thought I might as well get it up today.  This was my last real week of training.  Ming has me doing a bunch of short stuff while we're in Luxembourg.  I'm hoping I'm able to do it.  We're not really close to the race site, it's in another town so we'd have to drive in there every day.  G isn't too crazy about that idea so we'll see what happens.  I'm sure we'll do it a couple of times just so we can get familiar with where everything is.

Anyway....let's see how my last week of workouts panned out. 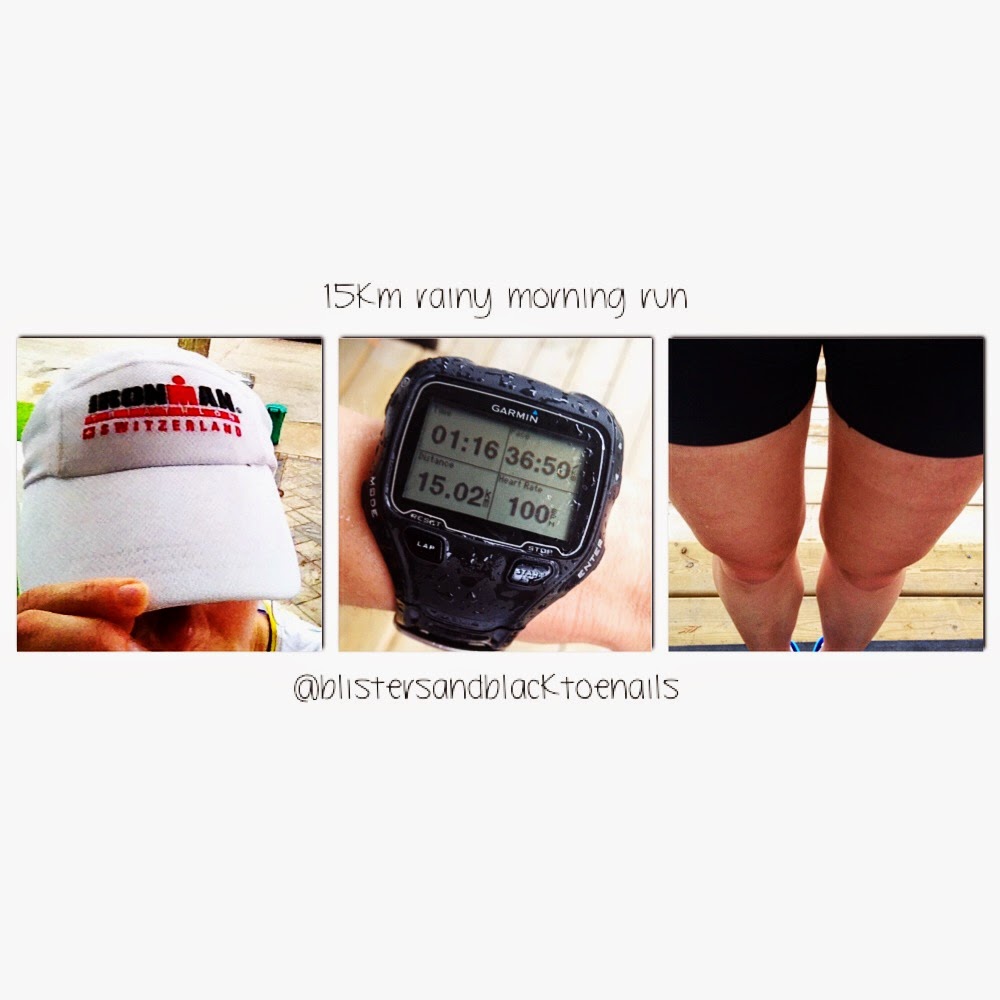 Thursday:  60 minute hard interval ride that was supposed to be followed by a run but my knees hurt way too much to run hard so I didn't bother. 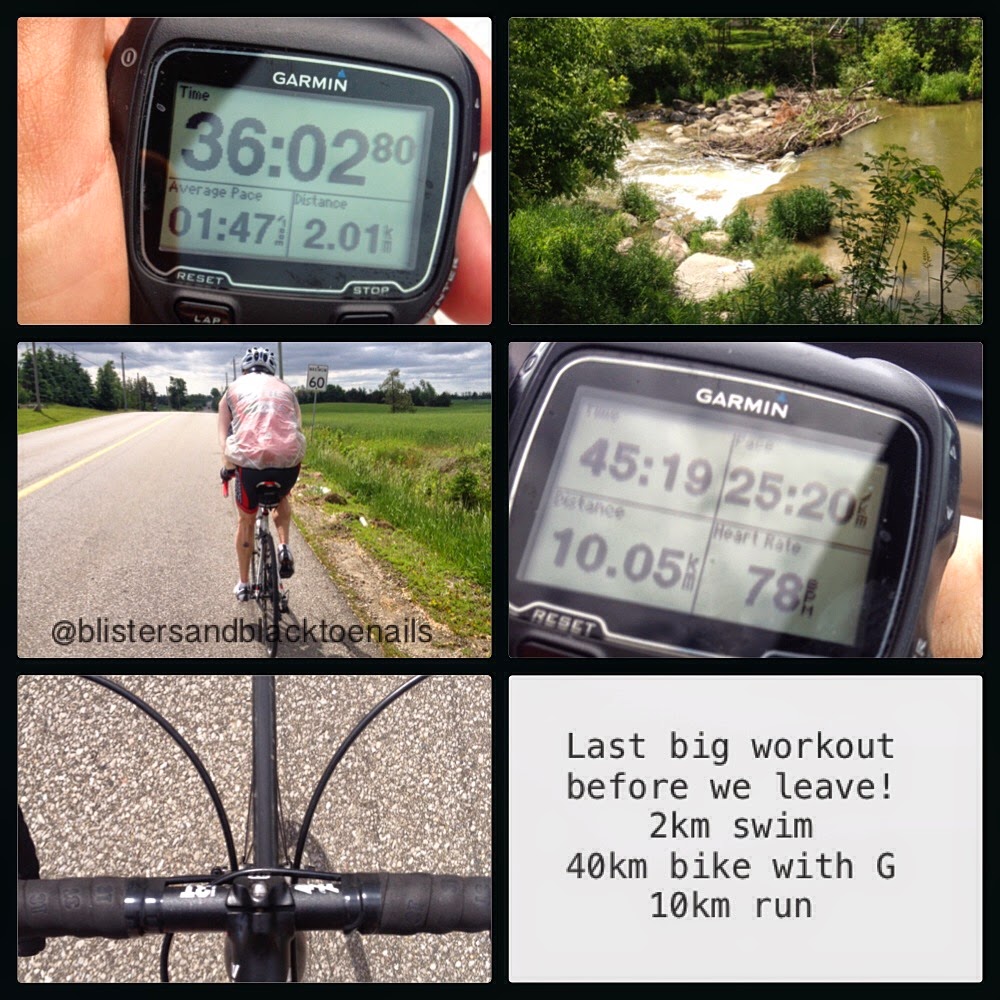 Sunday:  1800m open water swim at Professor's Lake which was super nice.  Was supposed to do an 8km run but I wanted to rest my knees.

Total time:  7h 6 minutes.  I was feeling pretty rough at the start of this week but I think I've turned the corner.   The taper tireds are moving out.  Now I'm going to replace them with jetlag, ha ha.

I probably won't be blogging regularly while we're away but I'll try to make a point of getting a race report up at least.  I will definitely be very active on instagram so if you don't follow me there already, what are you waiting for, ha ha?

Thanks to everyone who's been reading along for the last 23 weeks!
Posted by Phaedra Kennedy at 10:58 AM

I'll be following along via IG. Have a great trip.

Have an awesome trip! And kick some ass on Saturday!!!!

WHOOP WHOOP!!! I know you are already there (I stalk you on ALL the social media platforms HAHA). So glad you arrived safely and I am PUMPED to follow along. Hope you have the BEST time ever and GOOD LUCK this weekend!!

Awesome Phaedra, you've done absolutely everything to prepare and now it's time! Hoorah - you will do brilliantly and we know it :) Have a *wonderful* time!