I know I keep saying this every month but holy moly, where the HELL did September go?  And why is it that the warm months always seem to fly by and the cold months seems to drag?  Does anyone else feel that way or is it just me???  I am d-r-e-a-d-i-n-g winter.  I seriously think G and I need to look at relocating somewhere warm.  San Fran maybe?  We did love it there.  Pavey you looking for another running buddy?

Luckily winter is still a few months away and we are firmly entrenched in my favourite season, fall.  September doesn't always bring cooler temps in Southern Ontario but I have to say that this past month has brought some of the BEST running weather we've had in ages.  Lots of sunshine, hardly any rain and perfect temperatures.  The best part of it all?  I was actually able to get out and ENJOY it.  Yes folks, I actually made it back out to run with The Pacers.  When I looked through my training log, I realized that it had been over 2 months since I had been there last.  Two. Freaking.  Months.

Who the hell am I???  In the few years I've been running with them, I've never been away that long.  What can I say, work and racing got the better of me this summer.   I was so happy to be back running with them.  And I was even happier to see a whole bunch of new faces as well.  So nice to see our little west end pack grow.

Which brings me to my one solitary goal for September.  That was to get my butt back out with my group and RUN.  Get my track workouts in.  Get my long runs in.  Get back to my 3 days a week of running.  Oh and quit drinking so much beer.  Ahem.  Um, ok so that's still a work in progress.  And I guess that makes two goals, ha ha.

Anyway, looking through my training log for September, the first two weeks were a little hit and miss (still only two run workouts a week) but these last two weeks have been spot on.  I've nailed all my workouts.  The best part is that my paces have actually been faster than what has been prescribed.  My Yasso 800's were a great example.  I was supposed to run 3:10's and when I did my first one I ran a 3:05.  I knew I was pushing it but, not so much that I thought I was going to die.  I tried to slow down on my third one but I still did a 3:06.  So I figured what the hell, this must be what I'm capable of today, so let's just go with it.  My long run pace has also dropped significantly over the last few months.  This time last year I was happy to average 5:00-5:05's for my long run pace, now I'm averaging anywhere between 4:45-4:50.  And it feels easy.  It's kinda freaking me out.  I can only attribute this amazing drop in pace to my summer of racing.   It has given me a real boost in confidence.  If race smartly on October 20th, I have no doubt that I will break 1:30.  The bigger question in my head now is by how much?  Maybe I'm getting ahead of myself....but you know what sometimes you've just got to put it out there and AIM HIGH.

With that being said, I do have a little secret I want to let you in on.  A little dream that I've been nurturing these last couple of weeks.  I would love, love LOVE to make the top 5 in my age group this year.  The last 2 years I've been in the top 10, which has been mind blowing in itself, given the size of this race.  Last year I was 7th and the year before I was 6th.  Last year I had a faster time than the previous year and there were less women in my AG but, a lot of fast ladies showed up.  I can do my best to control my race but I can't control who shows up.  All I can do is hope that I am fast enough to make that cut on race day.

1.  Keep getting my run workouts in.

3.  Put my #beerstagrams on hold until AFTER the race.  I know, I know, boo hoo.  I've been thinking about this for a while.  On Friday, over a beer, my friend Heather talked about how she was going be Sober in October (good thing it was still September then, ha ha).  I thought this was a great idea.  With a couple of exceptions:  Thanksgiving and my outing with my friend Kiki to see Two Door Cinema Club for her birthday.  Geez I sound like an alcoholic.  I'm not.  I just enjoy a frosty beverage or two, in moderation of course.  Usually every Friday and sometimes on Saturday.  So for now I think I'll give my usual Friday & Saturday night #beerstagrams a miss until after October 20th at which point, I will hopefully have something to celebrate.

How was your September?

What are your goals for October? 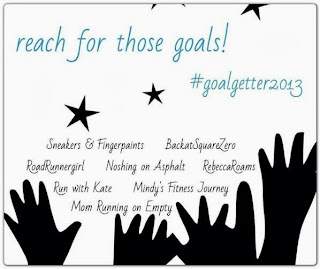 Posted by Phaedra Kennedy at 10:07 AM

Don't leave! The GTA needs triathlon bloggers! On the other hand, you're too fast, maybe you should hit the bricks ;-)

I'm seeing tons of Goal Setting/Challenges for October (workouts, blogging, diet), and I'm tempted, but honestly, I don't think I'm doing myself much good by putting more pressure on myself. I may just resolve to 'do what I can' and let that be the goal.

Bahahaha. Thanks! :D I agree with you 150% - I always have a little list of goals but I decided that for October it would be all about getting to that finish line in under 1:30. If I don't manage to get the rest of my little things done, I'm not going to worry about it.