Getting Better All the Time 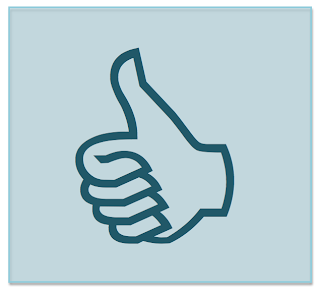 That's what's been going through my head the last couple of days.  I had a good appointment with my PT on Wednesday.  He was rather perplexed about what is going on in my calf but I left feeling a lot more positive than I had been.  Why?  He made me to calf raises and asked me to walk on my tip toes.  I could do both without any pain.  He was pleased with that and said that if I could do that then I don't have a strain.  That was enough to make me feel a million times better.   He's perplexed because there is something going on with the muscle.  He said it seems very "angry" (ha, much like it's owner!).   He suggested I take some muscle relaxants like Robaxacet as it seemed to help with the spasms that I had when this first happened.   So, that night when I got home, that's exactly what I did.  And I did it again the next day.  One in the morning and one in the evening.  I gotta say, I've slept like a baby these last two nights.  And, miracle of miracles, my calf actually feels better.  There is still a little bit of something going on in there, almost right in the belly of the muscle but I can walk without any pain or tightness and I managed to run across the street without any pain or twinges.   YESSSSS!

I am supposed to race this weekend but I know better than to push the envelope.  Just because I feel better doesn't mean that it's actually better.  I've been given the go ahead to use the elliptical at the gym so that's a step in the right direction.  I have to be careful with that as well though.  If it hurts at all obviously I'll have to stop.   Given what my horoscope in the Globe and Mail says today, I'm wondering if I should even bother.  This is what the universe is telling me today:

Listen to what your body is telling you today and if it tells you to slow down or not do so much, don't be a fool and ignore it.  It's important that you keep physically fit - it will help emotionally and mentally too.  Uh, NO KIDDING.

Ok so maybe I should have slept in this morning and skipped my swim?  Meh, I took yesterday off, that's good enough.

My horoscope in the Star paints a very different picture and I think I like that one better:

I have recently been keen to point out in your forecast, that it is often better to remain in a state of confusion that to allow this to degenerate into delusion (HA!).  Whilst it remains true that uncertainty is nothing to be ashamed of, there are reasons this weekend for allowing yourself to act a little more decisively.  Even if you are unsure of something, you can try giving an idea the benefit of the doubt.  Experiment with a possibility and see how you feel about pursuing it.  You may be closer than you think to a new understanding.

Ok, elliptical it is!

I'm scheduled to see my PT again on Monday evening so hopefully I'll have the green light to actually get outside, barring any issues as a result of using the elliptical on Saturday.  That would be perfect as we're on vacation next week!  The original plan before all of this went down was to spend the week swimming, biking, running.  Fingers crossed I'll be able to start doing the biking and running sooner rather than later.

I truly believe that every day I'm getting a little bit better.  The excitement I feel about the prospect of potentially easing back into training next week has me feeling like a kid at Christmas.  Let's hope I don't wake up Sunday morning to find some coal in my stocking!

Posted by Phaedra Kennedy at 11:06 AM