Monday Musings: Home Away From Home

I feel like this weekend went by in a blur.  Oh wait, that's because it did.  I spent it in a car.  Traveling south.  I am now somewhat settled in Clermont, Florida.  We left Toronto on Friday just before noon as the snow started falling and drove to Pittsburg.  We spent the night there (and drove through a TON of snow).  We spent all day Saturday in the car so we could get to Savannah, Georgia.   I was hoping for some nice warmth but alas, Savannah was only 12 degrees.   Although truthfully 12 degrees is much better than the -2 that it was in Toronto.  I have to say Savannah is beautiful.  It definitely warrants a trip back for another visit.  G and I stayed in this awesome little hotel right downtown.  We had dinner at the Moon River Brewing Company (had an AMAZING Dubbel there, 8.1% pretty much knocked me out, ha ha).  I slept like a baby and we got up around 7 am and went for a run through various parks and then down by the water. 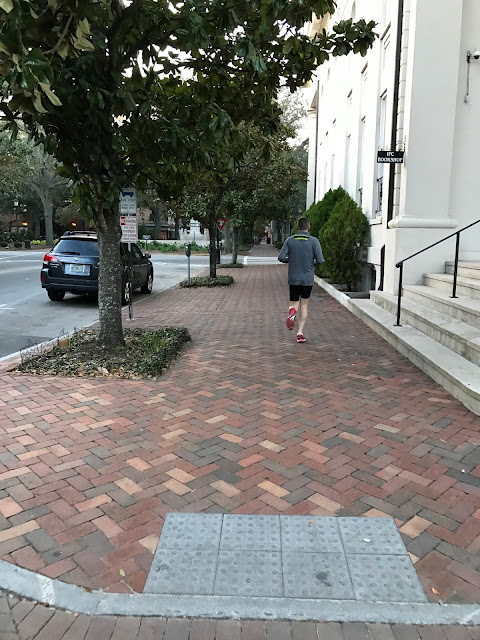 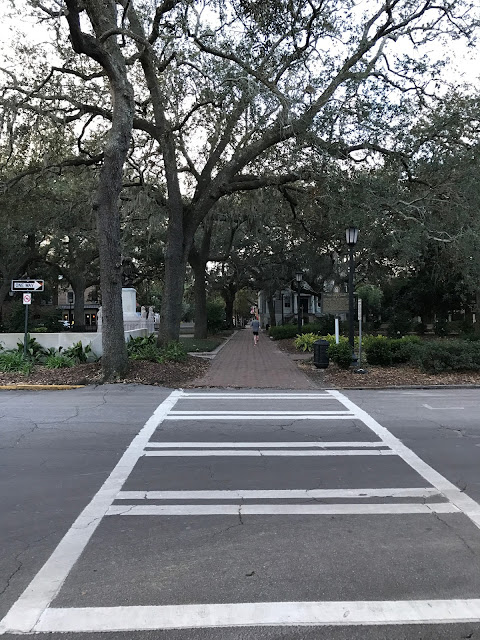 We grabbed a coffee, packed up the car and tackled the remaining 4.5 hours to Clermont.  The weather could be a bit warmer here but at least there is no snow!  It should be back up to normal (low to mid 20's, woohoo!) by Wednesday.

I had some grand plans for training last week but life took over and I was feeling a bit run down so I ended up skipping some workouts.   I don't like seeing those red boxes in my Training Peaks account but c'est la vie.  Life happens.  Now that we're in Florida, I can get back into a routine.  I'm really looking forward to logging some solid early season miles in the sunshine as well as exploring more of Florida and hopefully meeting up with some of my American IG / Facebook friends!

Here's how my last week of training rolled out.

Wednesday:  2400m swim.  I had a 60 minute easy ride on the schedule but I was totally exhausted so I skipped it.

Thursday:  60 minutes strength training with my trainer + 30 minutes of body weight work with my friend David and a 2.85km run.  Normally I run with David on Thursdays but both of us felt really crappy so we called it a day after making it around the block, ha ha.

Saturday:  The only thing that got a workout today was my butt from sitting on it for 10 hours, ha ha.

I'd say that's a nice solid recovery week.   I'll probably have another fairly easy week this week since I'm racing on Sunday.   Yup.  First race of the year.  YEAH!  Watch for a recap on that next week!

How did your week of training go?  Who's training for an early season race?

Posted by Phaedra Kennedy at 8:50 AM