I don't know about you but there is something about the month of February that I really don't like.  I think the winter blahs officially kick in come February.  You've passed the hustle and bustle of the Holidays and in January you're generally pretty excited because you have all these awesome New Years goals.  Then February comes around and the excitement of your goals has worn off, and the weather is cold and grey. Yup the February Funk is a real thing.   G and I normally go away somewhere hot in February for that specific reason.  But this year we opted to do a training camp that my coach was heading up and that wasn't happening until late March so we have suffered through it this month  Although, in all fairness, G just came back from DUBAI for work and I stayed here. I suppose I could have gone with him but he would be working all day and then socializing with work people AFTER his work day ended so I'd be left to my own devices.  Not so much fun (not to mention the 13 hour flight - kill me now).  Needless to say, I'm happy that we're at the end of February.  Less than one month until we leave for Clermont!  I can't wait to see the sun and bask in the heat!!  WOOHOO!

Anyway, I just realized yesterday that I somehow managed to miss my 5 year Blogiversary on February 20th!  WTH??  I should probably have it marked in my calendar so I don't forget next year, ha ha.  Yes, I've been rambling on about running and triathlon for the last 5 years.  Not hard to do when it's something you're passionate about!

So in honor of hitting the 5 year mark, I thought I'd do a little giveaway.   The awesome folks at Momentum Jewelry have given me a 40% off discount code and YOU have the chance to win it!  They have so many awesome designs to choose from AND they currently have two special motivate wraps that are available for $10 each as part of their #ShareTheSpark campaign. 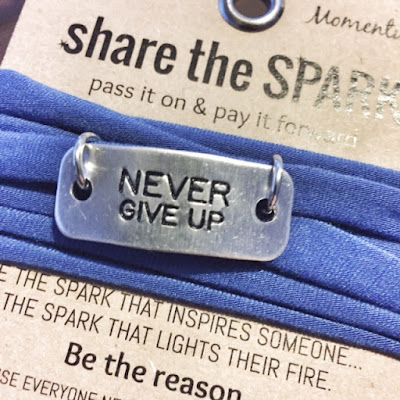 Entry is as simple 1, 2, 3 - just go to the Rafflecopter widget below and start clicking!

Contest is open to residents of Canada and the U.S.  Contest starts tomorrow and closes next Monday March 8th at midnight!  Winner will be chosen by a random draw and announced on Wednesday March 9th!


Posted by Phaedra Kennedy at 1:32 PM