I was planning on writing a post about some of my favourite things from our trip but I figured that might get a little long and boring (my race reports are bad enough, I'm sure).   There were also many things in European culture that I found to be interesting in comparison to Canadian culture....again could be another looong post.  So I decided to lump it all together in a Thinking Out Loud post.  Two birds, one perfectly aimed stone.

It's been ages since I've linked up with Amanda so I'm looking forward to joining in the fun again!

I'm going to start with my favourites.

1.  Dinner & wine in Luxembourg.  I had one of the best meals of my life at Le Sud in Luxembourg.  This was a pleasant surprise as we didn't have high expectations for the food there.  We also had a fantastic bottle of Cabernet Blanc, which neither of us had had before.  So good.  The meal was amazing and I wished I snapped some pics but I didn't want to be "that girl" sitting in a fancy restaurant taking pictures of her food.  But I did manage to snap a rather lame shot of the room.  It's crooked because I took it on the sly. 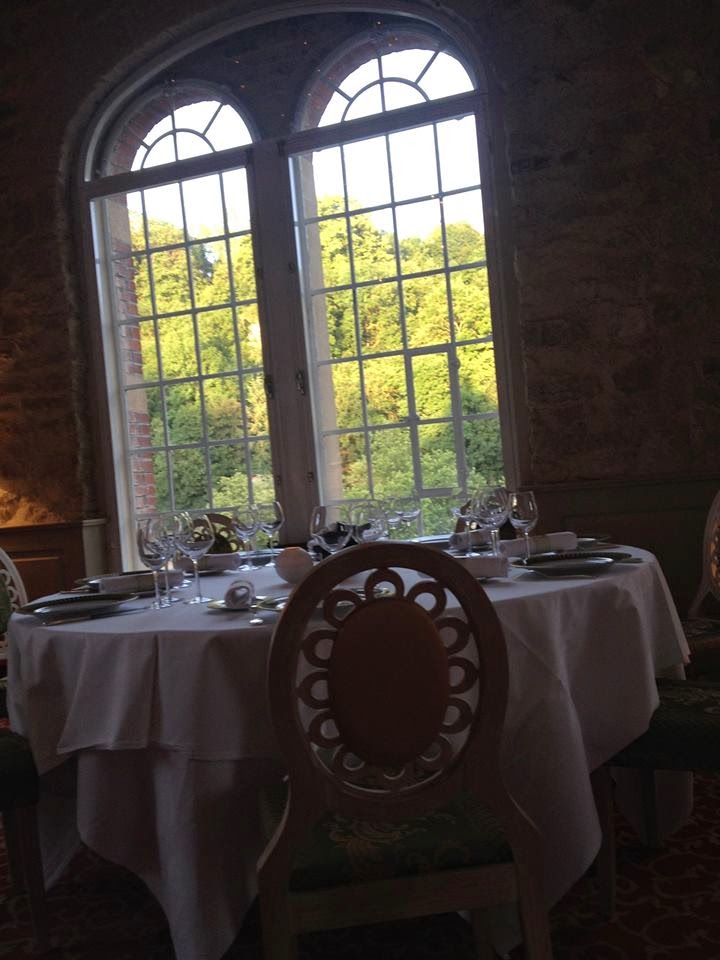 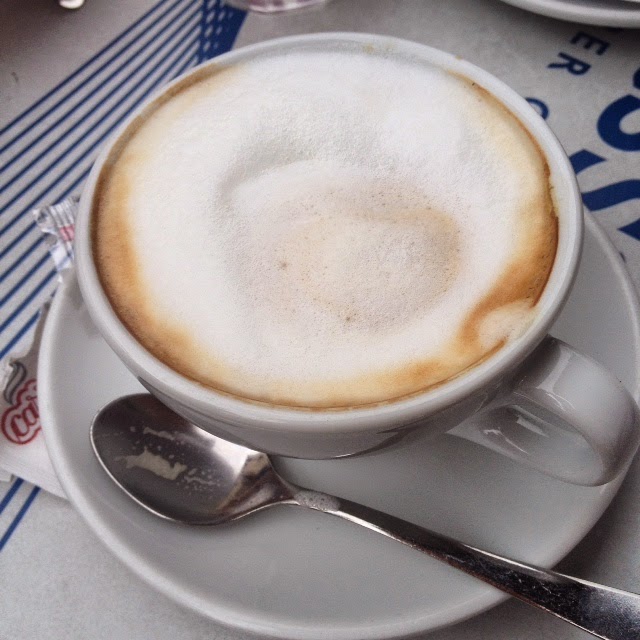 3.  Beer in France.  Say WHAT?  Yes, you read that right my friends.  I had two of the best beers I've had in a LONG time in France.  THAT was certainly something I didn't expect.

4.   Once we arrived in Italy, it became very apparent that speed limits, lanes and parking spots were all just "suggestions".  People pretty much did whatever they wanted to do on the road.  It was a little scary at times but for the most part, people get out of the way and let the crazies go by.

5.  That brings me to my next point.  Other than the Italians on the highway, people know how to drive in Europe. NOBODY sits in the passing lane doing the speed limit.  They all drive in the middle or right lane and use the left lane for passing ONLY.  Once they've passed you, they move over.  It's amazing how well traffic actually flows when you drive like that.

6.  Speed limits:  130 kph for the most part.  110 kph if it's raining.  And people don't drive like idiots.  Canada needs to get with the program.  Stretches of the autobahn have NO speed limit.  You can go as fast as you're comfortable with.  I think that helped cut our driving time down a fair bit.  G took our rockin' Renault Scenic minivan up to almost 170kph.  Some guy in a VW GTI blew by us, probably going about 220.  The last time we were in Europe on the autobahn we were in a Golf and G got it up to 200 kph, with me freaking out in the passenger seat.

7.  Cycling is ingrained in the culture.  It's an acceptable a mode of transportation that is encouraged with plenty of bike lanes and beautiful roads.  It's a beloved past time.  It's a way of life.  People embrace the bike.  From kids to old ladies, it doesn't matter.  We saw a woman who had to be about 70 out on her bike with a basket it on it, heading off to the grocery store.

8.  Speaking of cycling, let me just talk about the roads for a minute.  OMG.  Not a pothole to be found anywhere.  I can only attribute that to the fact that they probably don't get the same dramatic difference it temperatures that we do here.  Nor do they get as much snow.  The roads in Luxembourg were hands down the nicest roads I've ridden on.  France wasn't too bad either.  I could have done without the tar seal strips on the descent from the top of Alp d'Huez though.

9.  I've also come to the conclusion that the Europeans know what it means to socialize.  They are always outside in groups.  Even when we were in Paris in December, people were sitting on patios drinking and talking.  And when I say socialize, I mean actually sitting down and having a conversation.  I hardly saw anyone on their smartphones.  I also noticed that there were a lot of families that would go out together.  Whether it be for dinner or after dinner.  Instead of sitting around inside, watching TV, they'd go out for a walk to get some gelato or an evening coffee or drink and sit they'd sit around and talk.  I think that's why their TV channels suck.  Nobody's watching because they're all outside being social.   Imagine that!  Although I think I'd probably be doing the same if there was no such thing as windchill and 4 feet of snow.

10.  A little confession:  when we got back, it took me a couple of days to stop reaching to either the top of the toilet or the wall to flush it, ha ha.

Your turn!  Tell me something random!
Posted by Phaedra Kennedy at 2:07 PM

Email ThisBlogThis!Share to TwitterShare to FacebookShare to Pinterest
Labels: Thinking Out Loud

Your posts make me want to travel to Europe! And I bet you didn't see a lot of overweight people like we have here in the US. I'm not sure about Canada--is it as bad there?

Wendy if you ever get the chance to go, DO IT! It's beautiful! Now that you mention it, I don't recall seeing a lot of overweight folks.

I've always envied the European lifestyle. They just seem to get it. Congrats again on a great race!

oh man I love italy so much. I am glad I didn't have to do any driving while there though, I may not be a slow poke but their crazy speed scares me!

I went to Italy for a week long college class at 18 and remember cars actually driving on the sidewalk and being terrified!

First, it sounds like you had an AMAZING European trip!
I noticed the same thing about driving, and about socializing when I went to France last year. Families out with their young children LATE at night, all in groups.
Now I want to go back :D