Back in the Game

Hey - O!  It's FRIDAY!  Finally!  These last couple of days have seemed to drag on, even though I've had things to do.  I hate it when it that happens.  But no matter, the weekend is here and it's time to get back in the game.  What game you may ask?  The racing game.  This Sunday I'm racing Bala Falls again.  It's been 5 weeks since Luxembourg 70.3 - I can't believe that!  I'm finally feeling recovered, which took longer than I expected, probably due to all the walking, drinking & eating less than ideal things in the weeks that followed.  I don't care, it was TOTALLY worth it.  What has suffered most is my speed on the run.  Mainly because I haven't been running fast.  These last couple of weeks I've done some shorter hard workouts just to get my legs moving and things slowly seem to be coming around.  Maybe not to where I was last year when I did this race but close.  I had a solid run off the bike last night even with tired legs so I'm pretty pleased about that (and I thought about tucking my pelvis in the entire time..coincidence?  I think not!).  I busted out one of my old #Mingsanity bike workouts just for fun.  Ouch. 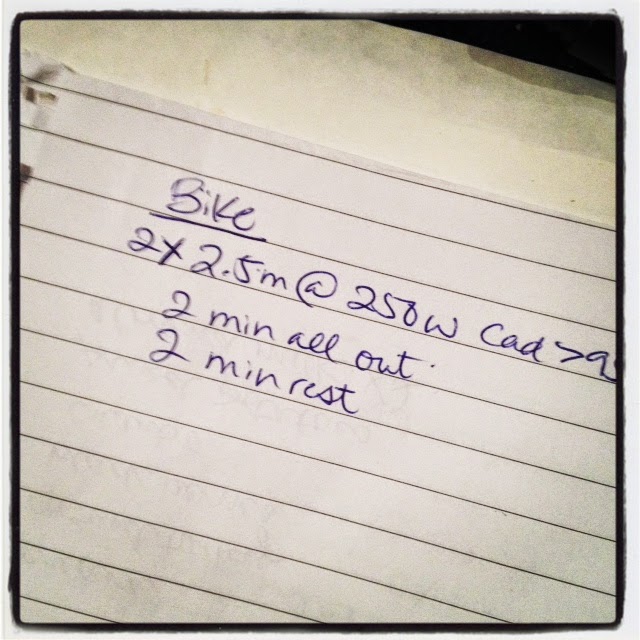 The best part about this weekend?  It's going to be G's first race this season.  I'm so excited for him.  He's been looking forward to this for a while.  He's been swimming, riding and running really really well.  It's like the 4 weeks he took off due to his crash never even happened.   Last weekend he was a maniac on the bike.  I couldn't even keep up with him.  I'm pretty sure there will be no chicking him this year. 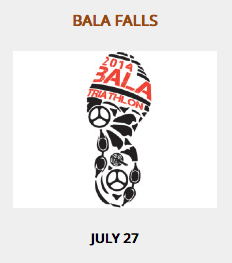 This weekend is really the start of G's racing season.  He's doing Bracebridge in a couple of weeks.  I'm going to volunteer because I'm hopefully going to be racing the Iron Girl event in Grimsby the next day.  More on that next week!  We're both doing Toronto Island at the end of August and then he's doing Lakeside, which is the last event of season in the Recharge With Milk Triathlon series.  I may or may not do that race.  It will depend on where I am in the points standing.  Right now I think I'm tied for first with another girl.  She raced with me at Bala last year and I beat her so fingers crossed that happens again if she's there this weekend.

Who else is racing this weekend?

Posted by Phaedra Kennedy at 11:02 AM