The Journey is the Reward: Mississauga Marathon Race Report 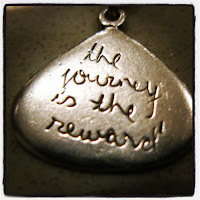 I also managed to snag the 3rd place overall Female Masters spot which was an unexpected surprise.  All in all a great day, despite how much I suffered.  I really enjoyed the course and the volunteers were outstanding.  If I had one complaint it would be that they should have had Marshals directing people in some of the less populated areas as well as at the turns going into the parks.  I'd definitely do it again.  And of course, it was so amazing to see all the Team Running Free jerseys out there on and off the course.


Posted by Phaedra Kennedy at 5:01 PM