I can't believe we've been here for a week already.  It feels like longer.  Probably because we're fairly familiar with Clermont.  We've settled into the house quickly.  I'm still working on figuring out a routine as I have friends down there that are on different training schedules so I'm trying to work in company for workouts when I can.  Especially bike workouts.  I'm comfortable riding on the Trail on my own but not out on the roads outside Clermont.  There are a fair bit of bike lanes here but I don't know exactly where all of them are.  That being said I have mapped a few routes on Strava that I think I'd be ok doing on my own so we'll see how I fare over the next few weeks.  I've also got to finalize our camp routes as well.

Surprisingly it was Wednesday before I actually got out on my bike!  Monday wasn't the nicest day so I finished running around getting groceries and house supplies and then went to the NTC to do a weight workout.  Tuesday was chilly and my friend Marianne asked me if I wanted to join her for a run on the clay trail and since I hadn't done a long run the week before I figured I might as well.  I didn't want to miss out on an opportunity to run the trail with some company.  G isn't running right now due to his knee so I wasn't sure when I'd get the opportunity to run it.  Wednesday was the first really nice day of the week so I took to the trail and rode into Winter Garden.  I can't believe how much has changed in the last year.  There is so much new development along the trail it's crazy.  I do think if we are going to bite the bullet and buy a place here, we need to do it in the next couple of years before prices start to get higher.  We did end up spending some of Saturday afternoon driving around looking at houses in some of the new developments.  I can't get over what you can get here for under $300,000 USD.  It's insane.   Realistically if we really want to make this snow bird thing work, we'd really have to downsize in Toronto into a condo.  OR, we move out of the city.  Both not really ideal right now.  So, looks like I need to start buying lottery tickets, haha.

Sunday was a day off for me and G was still taking it easy so we went to the local farmers market in downtown Clermont, stopped at The Energy Lab for the BEST coffee ever and sat on the patio for a bit.  We dropped our purchases off at the house, hopped back in the car and went exploring.  We ended up in Tavares at the worst Wendy's in the world.  From there we opted to head to Mount Dora to check it out again.  We went last year but didn't see anything of interest.  Turns out we actually missed the turn to go into the historic part of the city.  D'oh.  We didn't miss it this year.  As we drove in we realized that this weekend was the 35th annual Mount Dora Art Festival so the town was HOPPING even though it was raining.  We'll definitely be back to explore further.  There looked to be a lot of interesting shops and a bunch of awesome restaurants.  It's only about a 45 minute drive from Clermont so it may even warrant a bike ride out there for lunch or coffee.


I watched some of the Super Bowl, but went to bed with about 10 minutes left.  I was happy wake up  to see that the Eagles won.   Tom Brady has won enough, it's nice to see someone else at the top, ha ha.  My fave commercials of the night:  The Doritos Battle Rap followed closely by the NFL commercial with Eli Manning and Odell Beckham dancing.  SO funny.  All in all it was a lovely first week here.

This is what went down workout wise:

Wednesday:  48.8km ride to Winter Garden for coffee.  I went out in the afternoon and it was SO windy.  I had forgotten just how windy it gets here.   It made that ride fairly challenging! 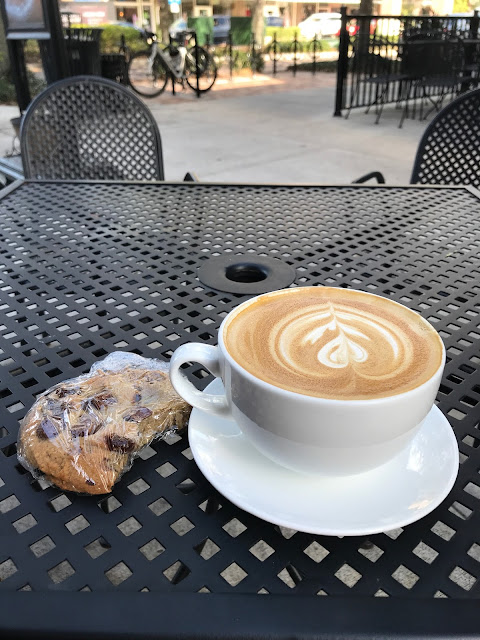 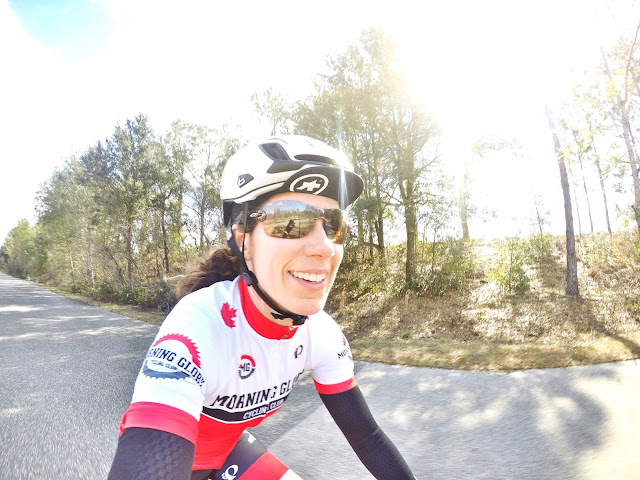 Thursday:  SLAP swim in the 50m pool.  Holy smokes, that was so hard.  I hadn't swam in over a week and this was a tough workout.  I do love swimming at the NTC though.  So awesome. 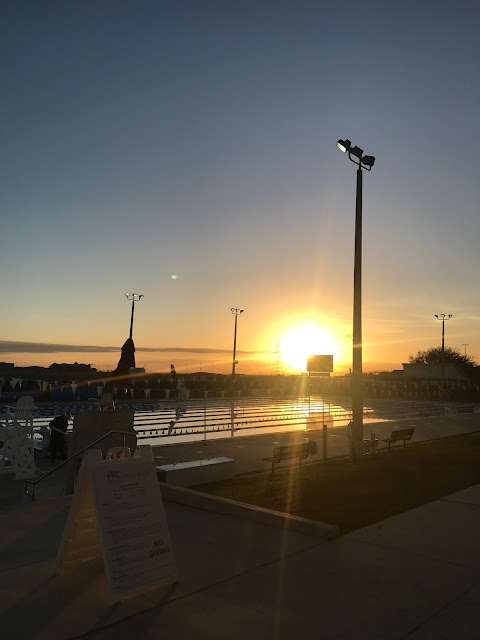 Friday:  Run to and from the gym - 3km, 60 minute full body workout then a really easy 20km spin with G on the trail

Saturday:  Another ride to Winter Garden with the Cycling Hub.  53.4km  And of course a stop for coffee afterwards. 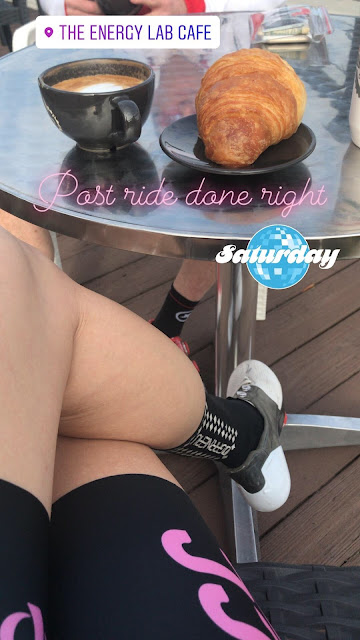 Total time:  9h 43 minutes.   I was supposed to be on a recovery week this week time wise (just under 7 hours) but I was just so excited to be able to be outside I got a little carried away.  Luckily my workouts were mostly all easy with the exception of my swim so my training stress wasn't too high.

This week, I'll be getting much more stuck in with my training along with working on some other blog post ideas I've had swimming around in my head so stay tuned for that!

Happy Monday gang!  Don't dread Monday - look at it as another opportunity to create something amazing.  Master your mindset!


Posted by Phaedra Kennedy at 8:30 AM