I look at this title and find it hard to believe.  It's funny when you say you're going away for three weeks it seems like such a long time but when you've been somewhere for a while and you realize you have three weeks left, it doesn't seem THAT long.  Why is that???  Seriously, our time here has flown by so quickly.  We are planning on coming back next year for sure and we may even look at coming back at some point in the fall for a few weeks.  We'll see.  I am going to miss it here for sure but I am looking forward to going back to the comfort of our own home.  Sleeping in my own bed.  Having a nice hot epsom salt bath.  There is no tub in the house we've rented so that is one thing I've REALLY missed especially with all the miles I've been logging on the bike.  First world problems for sure.

G was away again this past week so I was flying solo again.  Thankfully his travel is done for the next little while and we get to hang out together again.   The one week trips here and there are ok but when he's gone two weeks in a row, that's hard.  I really miss him.   He's booked next week off so we get to really play tourist!  I think we're planning on taking a trip to St. Augustine and after that I'm not sure what else we'll do.  I'm sure there will be a big ride in there somewhere as both of us will be doing the 160km Clean Air ride on our last weekend here.

The weather here this past week was HOT.  Apparently it's been unseasonably warm here for February and March.  Training in the heat when you're not used to it definitely taxes your system and I think the temps this week in conjunction with a bit more volume than normal, tuckered me out.  I finally got my butt back into the gym twice.  I've been doing a brick once a week (actually a triathlon with long transitions ha ha) and I managed to get into open water again this past week.  G and I are going to try to get into the lake again this week before our race on Sunday.

I'm feeling pretty good these days although my knees have been acting up here and there again.  Mostly after I ride my tri bike, which is a bit of a problem considering that's the bike I race on.  I may have to get my fit looked at again when I get back.   Speaking of my tri bike, I took it for a 90km rip with my Tuesday morning ride crew.  I'm glad I was on that bike instead of my road bike because the wind was ridiculous.  That's one thing I've noticed about Florida.  It's REALLY windy.  If the sun is out, it's going to be windy.  If it's cloudy, there isn't usually much wind.  That being said, it's been good for me to ride in the wind.  I've got my race wheels on my tri bike and G's deep rim Fast Forward wheels on my road bike so that's been helpful in terms of reducing drag when I'm riding into the wind.  It's also helped me improve my confidence in the crosswinds in terms of my bike handling skills.  I no longer get freaked out by gusts of wind blowing me sideways and I've learned to control my bike a bit better.   My group riding skills have improved a little as well.  I'm getting better at accelerating out of turns which is a big one for me.  I still struggle with uphill accelerations.  I just don't seem to have the leg power for that but I'm working on it.   My goal coming back from Florida was to be stronger on the bike and I think by the time race season rolls around, that should be the case.

With so much cycling, my running has slightly taken a back seat.  That being said I had two really solid runs this week.  I had planned on doing a longer run off the bike yesterday but my body just said no way.  So I opted to give it an easy day on the bike and then I took today off.   If I had done the ride I was planning on doing I would have died for sure.  And I would have ended up at over 300km of cycling for the week.  Which is double where I was the week before.  Not smart training.

So let's see how things went this week:

Monday:  OFF.  I think I was still recovering from my birthday weekend celebrations, ha ha.   I still had birthday leftovers that had to be consumed as well.... 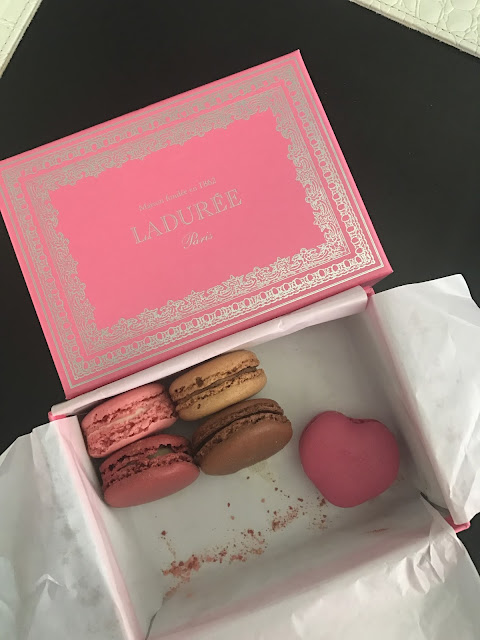 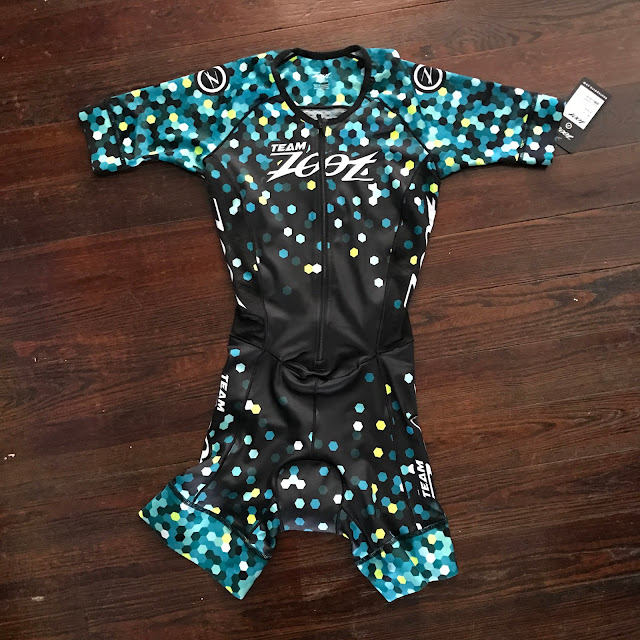 This is the 2017 Zoot Team Kit.  I am IN LOVE.  I am supposed to get shoes as well but I haven't received them yet and I have no idea what they look like.  All I hope is that they match, ha ha.  Back to the event....I had an ok swim.  There was a fair bit of gasping for air and flailing around even after standing on the beach and letting everyone go.  I managed to average 1:53's/100m which is not awesome for me BUT given the fact that I stood on shore and walked in to the water vs running in like most of the other people, I will take it.   What really surprised me was my run.  I ran 5km in 21:19.  WTF.   Not close to my PR but substantially faster than I thought I'd be.  And that was with a stop at an aid station for some water.  I think it was my new Zoot Suit, ha ha.

Saturday:  65km ride with the Cycling Hub.  It was super windy today and my legs were feeling the gym from the previous day. 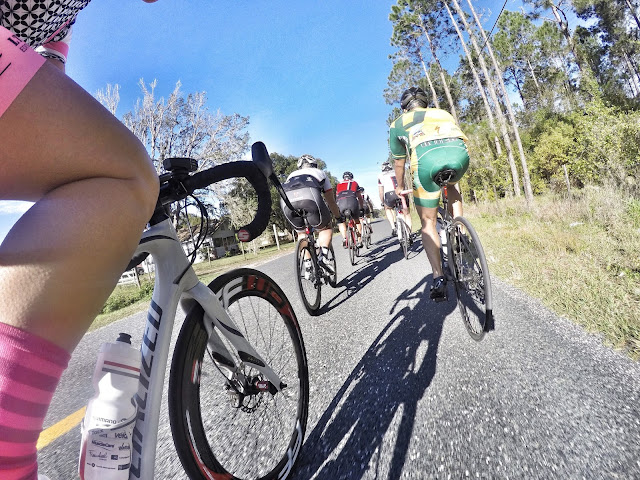 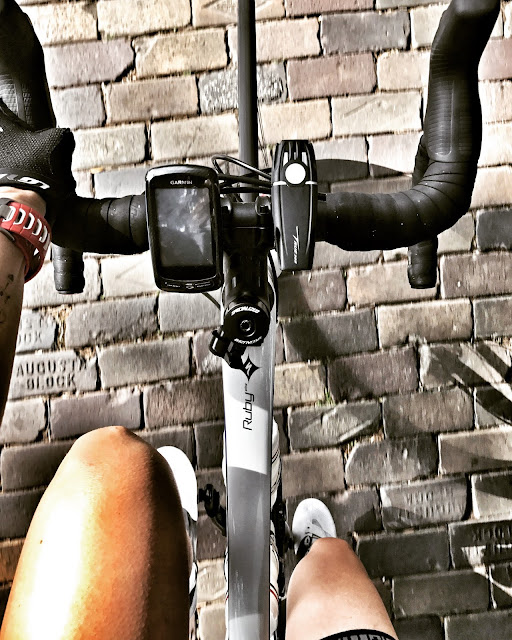 Total time:  14h 18 minutes.  Now THAT is a big week.  Don't think I'll be repeating that kind of volume anytime soon.  I've found it hard to dial things back because there is always someone who wants to ride or do something and the weather is beautiful so you WANT to be outside.  It would be easy for me to do something every day but I'm trying not do to that and I'm paying close attention to my IF / TSS scores in Training Peaks.  I've also started working HRV (heart rate variability) training into my training and I find it to be very helpful in determining intensity levels every day.  I will do a more detailed post on this after I've gathered a bit more data.

I hope everyone back home manages to stay safe today - I know there is a big storm coming.  Those of you that are on March break in warmer climes, ENJOY!

How was your week of training?

Posted by Phaedra Kennedy at 2:39 PM