For the last week or so I've hinted at something that I *might* be participating in.  Well it's official, I received my registration confirmation yesterday.

I'm going to be racing in the inaugural Barrleman Half Ironman on September 21st...BUT...I'm not doing it alone.  I'm doing it as part of a relay team.  Real Deal has entered two relay teams and to make things fun, there is a "losing team buys dinner" wager.  The teams break down like this:

Ming actually emailed me a couple of weeks ago to ask if I'd be interested and I jumped at the chance.  I wasn't planning on running a half marathon so soon but I figured what the heck, I might as well, it will probably be a lot of fun.  And I couldn't resist the chance to go one on one with Ming.  He's a strong runner and will be coming off the 70.3 World Championships so he should be in good form.  I'm crossing my fingers he won't be fully recovered because I think that's really the only way I stand a chance at beating him.  It's definitely going to be a very close race.  To top it all off, I'm racing my last triathlon of the season the weekend before.  Yup, nothing like cramming in a little last minute speed work, ha ha.

Here's hoping my knees hold up over the next few weeks.  I was hoping to be able to add some track work in but I don't think that's going to happen without my knees getting really angry.  So, I'm just going to have to wing it and hope my legs are ready to go fast on September 21st! 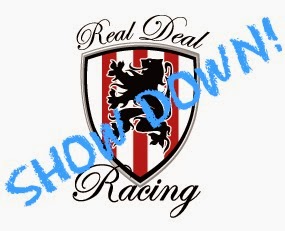 Posted by Phaedra Kennedy at 2:56 PM

Now that's my kind of tri--a relay where I could run! And, it's only a half...Good luck. I know you'll kill it!

Awesome!!! I hope you beat Ming! My dad and Husband have dabbled on the idea of doing a relay tri with me. I'll be interested to see how you like it!

Awesome!!! I hope you beat Ming! My dad and Husband have dabbled on the idea of doing a relay tri with me. I'll be interested to see how you like it!

Something tells me you won't be at the Lakeside Tri *sniff*

Wendy, you should totally look at being a part of a relay team!!!
Ha ha, thanks Courtney! This is my second time doing a half iron relay. It's a lot of fun. It's also a lot of standing around waiting but so is spectating, ha ha.
Axel - actually i AM racing Lakeside but I'm doing the sprint so I'll be there on the Saturday. :)

Ooh I love a good stuff friendly competition! Hope you win! How many triathlons will you have done this year? It seems you're racing every weekend!

Thanks Alison! I hope so too! Here's hoping my knees hold up! As for tri's this season, when all is said and done, I will have done 6, including my 70.3. I'm not including Barrelman in that because I'm only doing the run leg, ha ha.